Just after 8 a.m., a car drove into the Seymour Cambie Hostel entrance at 515 Seymour Street in downtown Vancouver.

An eye witness told Vancity Buzz that a white Nissan pulled out of the alley and proceeded to drive up Seymour – going the wrong way on the one-way street. A blue Acura swerved to avoid the car and ended up driving into the building.

Fortunately, there were no pedestrians injured in the incident, which occurred during the busy peak morning hours when office workers in the area are arriving at work.

Firefighters and police are on scene and have blocked off the area. Traffic is still open going down Seymour.

This is the latest ‘drive-through’ crash incident in the region. Last week, a vehicle crashed into Starbucks on King George Boulevard in Surrey, sending one person to hospital. A similar incident occurred on Wednesday morning when a car crashed into another Starbucks location on East Hastings in Vancouver. 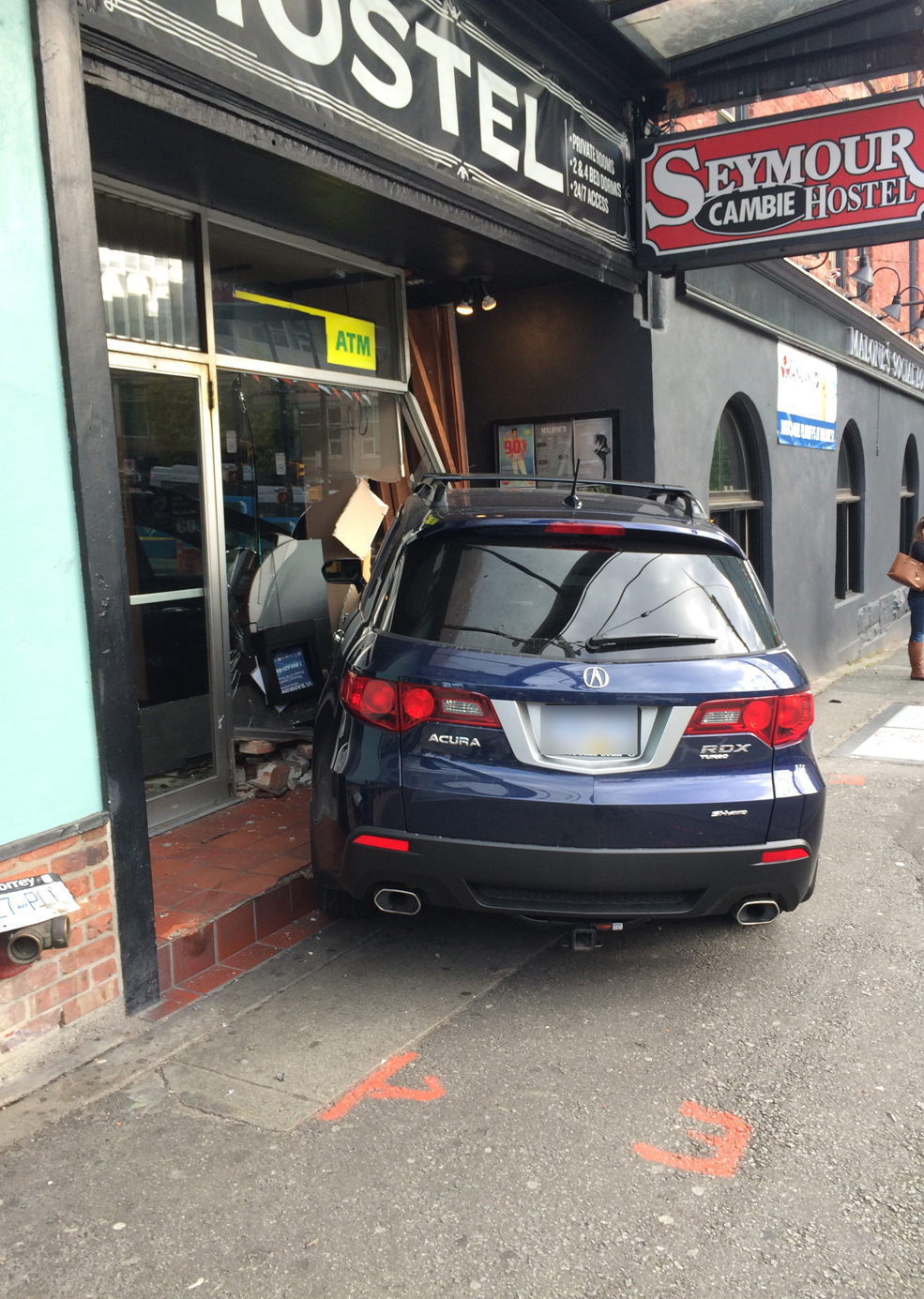 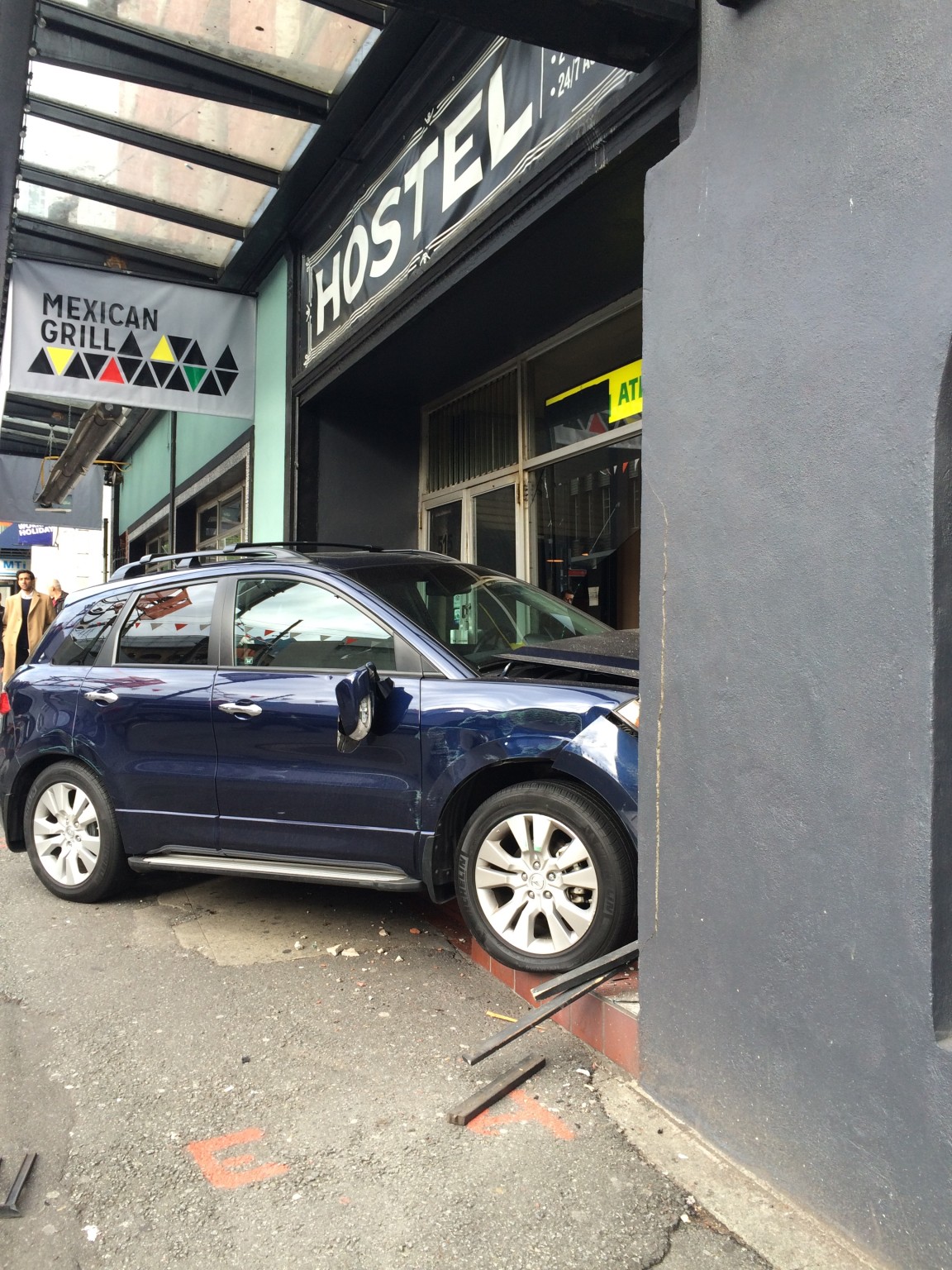 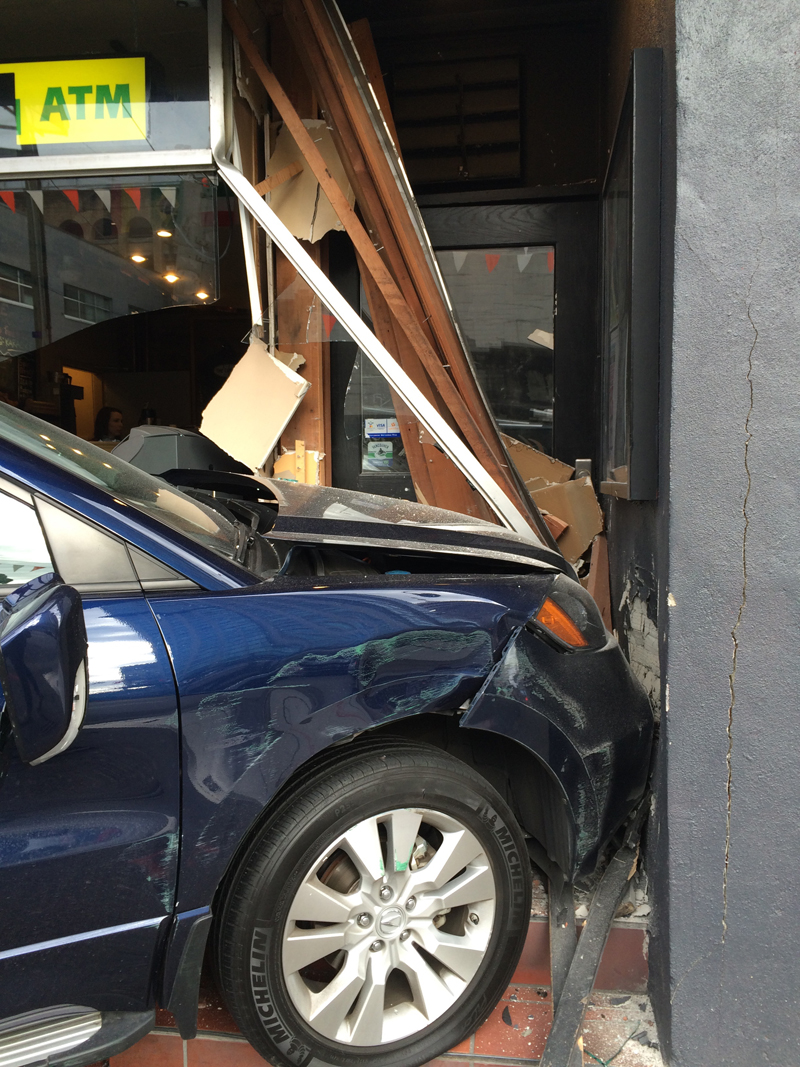