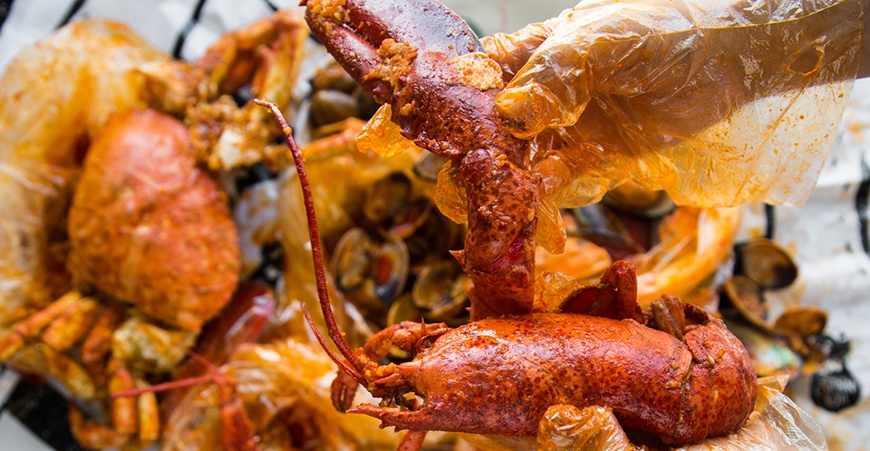 The seafood boil scene in Metro Vancouver is certainly heating up, with the recent opening of a second area location of the rapidly expanding Captain’s Boil chain.

Following the summer 2016 launch of their first BC restaurant in Richmond, Captain’s Boil has now opened the doors at 3309 Kingsway (formerly Dragon House and Long Shun Yuan).

The Toronto-based restaurant is known for their Cajun-style seafood feasts, offering customers an elbows-deep and hands-on dining experience. Don your bib and dig into a pile of crab, lobster, clams, shrimp, mussels, and Gulf Coast crawfish, tossed in an array of spices and unleashed like a red-hot fury on your table-top.

The boiled and spice-coated seafood is served with sides like corn on the cob and Cajun fries, for example. As a delicious bonus, they are open until midnight weekdays and 1 am on weekends.

Fans of this style of messy, spicy seafood feasting will be thrilled to learn that The Captain’s Boil has a third Metro Van location planned; they’re aiming to open at 3250 Cambie Street, in the former Wang’s Taiwan Beef Noodle House spot, sometime this year.