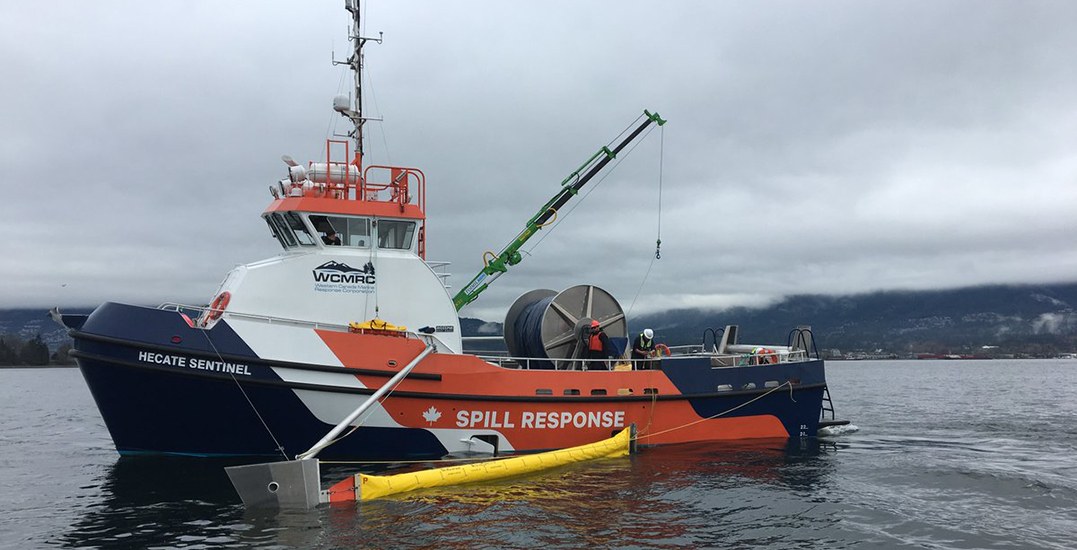 A capsized tugboat in the Fraser River has left city officials worried about the potential for an oil spill.

The boat, named the George H Ledcor, capsized early this morning near Deering Island, in the north arm of the river.

A statement from the Government of British Columbia declares that the vessel was capable of carrying approximately 22,000 litres of diesel.

Authorities wish to clarify, however, that “22,000 litres is the carrying capacity of the tug’s fuel tank.”

The actual amount of diesel that was in the tank is unknown. It’s also unknown whether any of its contents have spilt, although it’s a cause of concern for the city.

A tug overturned and sank off Deering Island in the Fraser River. It has a large tank onboard and there’s a potential for a significant amount of fuel to have been released. COV environmental and Coast Guard currently assessing. #fraserriver #COVemergresponse

CLARIFICATION: The George H. Ledcor tug that capsized in the #FraserRiver has a carrying capacity of ~22,000 L of diesel. This does not mean the tug’s tank was full or that its contents have completely spilled. Amount spilled is still being investigated, https://t.co/X8SXh34Q1Q

The Canadian Coast Guard has boomed the area and activated two additional tugs to stabilize the capsized boat.

WCMRC was deployed last night to the capsized tug boat, the George H. Ledcor, in the north arm of the #FraserRiver. We have deployed and recovered sorbent pads and are now standing by on scene. @SpillsInfoBC @CoastGuardCAN

The BC Ministry of Environment & Climate Change Strategy has commented that they’re deploying resources to the incident.

A reason for why the tugboat capsized is still unknown.