Nearly 400 guests gathered atop the Capilano Park granite cliffs and were treated to live music, food and sampling of craft beers from local breweries which included Bridge Brewing, Parallel 49 and Deep Cove Brewery.

On the menu for the night was chicken à la king, porcini and gruyère mac and cheese (which I promptly had three helpings of), finger sandwiches, beef and tofu sliders in addition to a dessert table laden with towers of cupcakes and fudge. Also in attendance were many employees from the Capilano Group of Companies — a trio of retail, hospitality and tourism based businesses anchored by the iconic swinging bridge.

In contrast to the Instagram photobooth that allowed guests to print out souvenir snapshots hashtagged #capbridge125, larger photos depicting the rich history of the park edged the party area. Including a photo capturing George Grant Mackay, the original Scottish builder who suspended cedar planks tied with hemp rope to create the first incarnation of the famous suspension bridge 125 years ago. 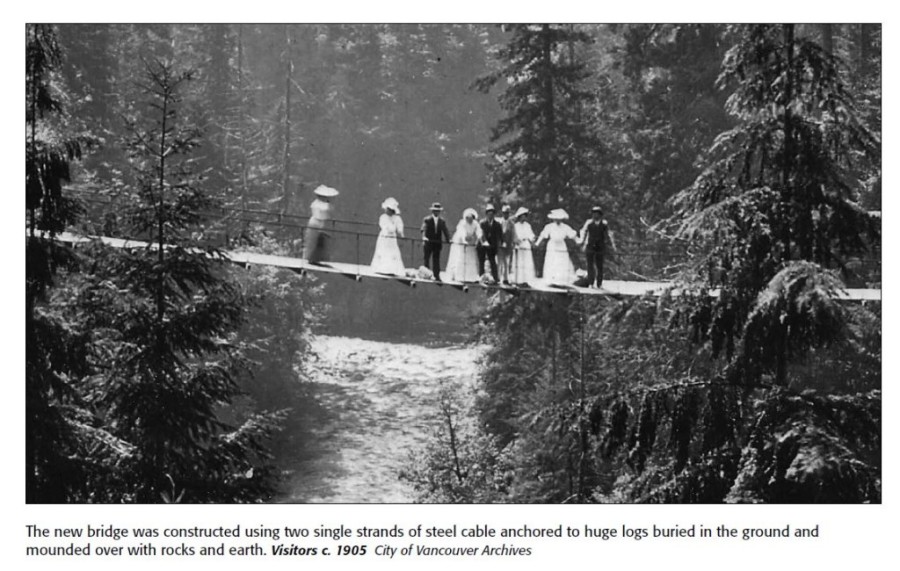 Since then, the park has passed through the hands of three more owners, and the bridge’s wire cables were  replaced in 1903 and then completely rebuilt in 1956. Now, Capilano Suspension Bridge Park sees over 800,000 visitors perilously traipse across its swinging structure every year and expanded to include new features.

This includes the creation of seven, smaller suspension bridges on its western side in 2004 to create the tree-friendly Treetops Adventure collar system attraction — the first of its kind in the world.

More recently, the addition of Cliffwalk in June 2011 adds to the park’s constant innovation. Conceived of by John Stibbard, son of current owner Nancy Stibbard whose entrepreneurial vision transformed the park into the major attraction it is today, Cliffwalk skims alongside the granite cliff face of Capilano Park via suspended cantilevered walkways – some that are wooden and narrow, while others are made of thick glass to provide visitors with vertigo.

To capitalize on the bridge’s century-long history strung with romance and adventure, Capilano Suspension Bridge Park announced a Dream Wedding Contest for one lucky couple to celebrate their magical day at the iconic location.

The prize package — valued at $20,000 — includes a wedding ceremony at the Capilano Suspension Bridge Park (named in 2012 as the “Best Alternative Wedding Reception Venue”), a reception at the Stanley Park Pavilion and a four night honeymoon at Moraine Lake Lodge and Cathedral Mountain Lodge in the Canadian Rockies.

For full details on how to enter the contest, visit the Capilano Suspension Bridge Park Facebook page here: facebook.com/capilanosuspensionbridgepark 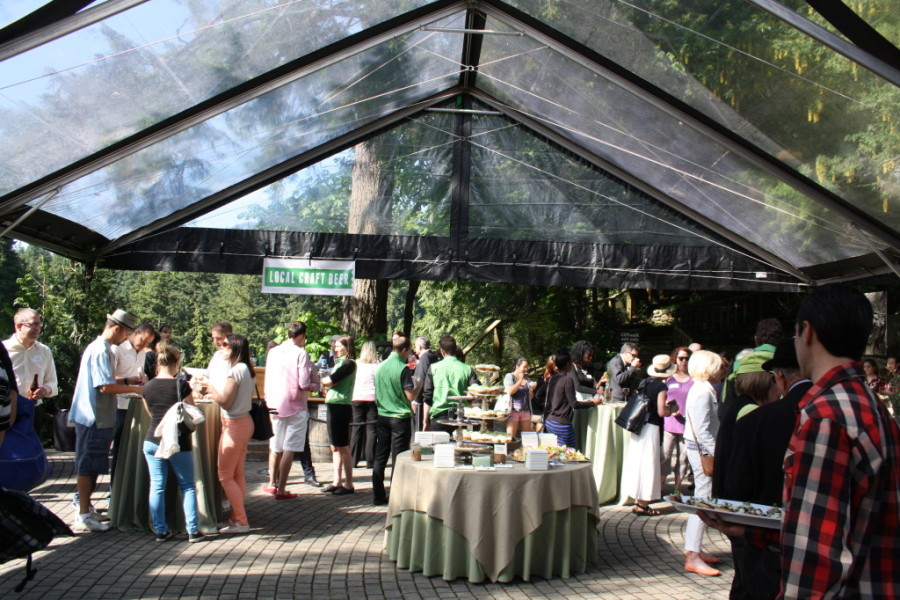 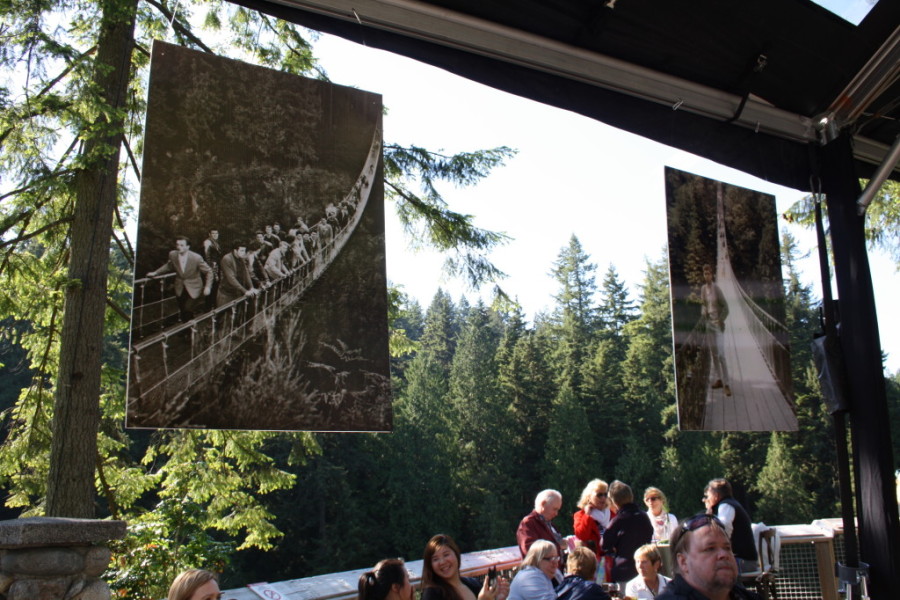 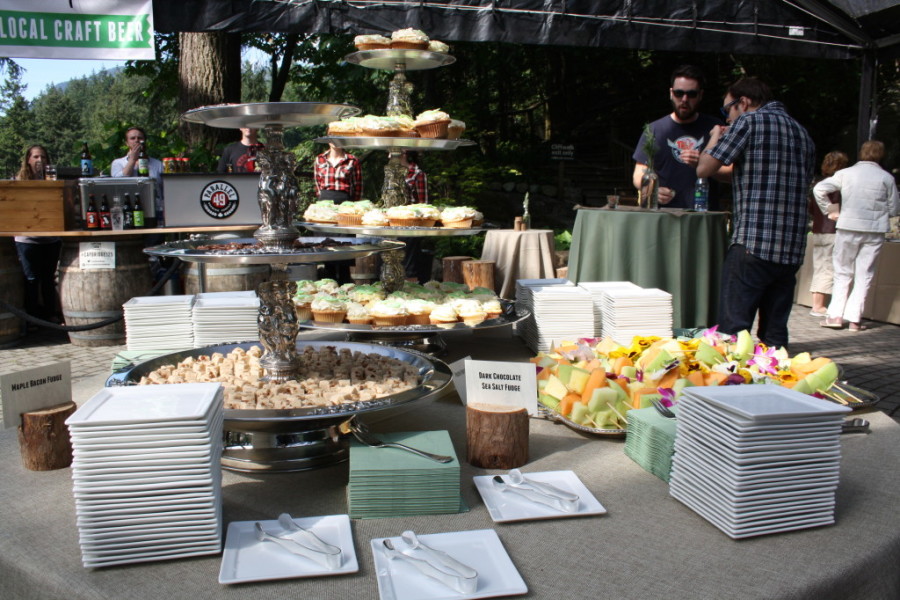 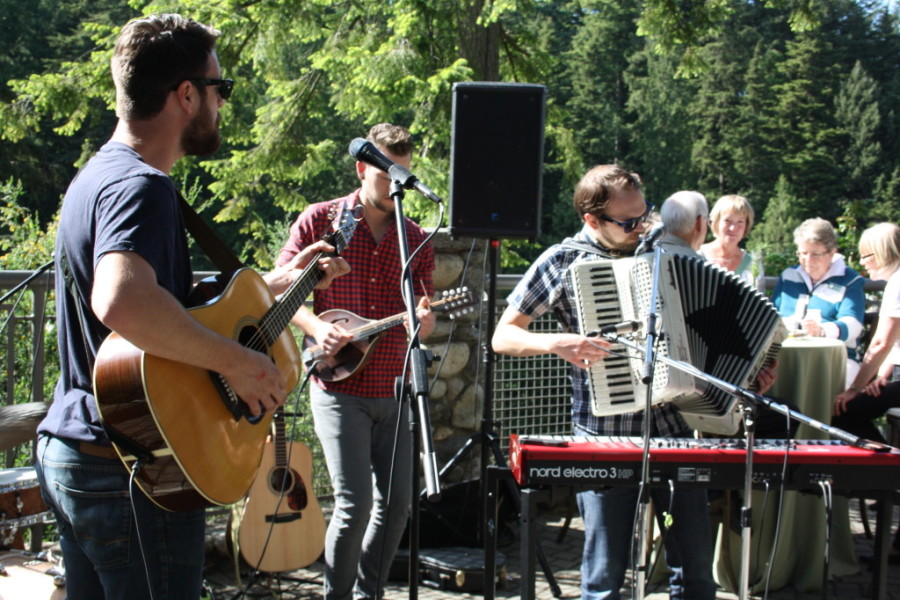