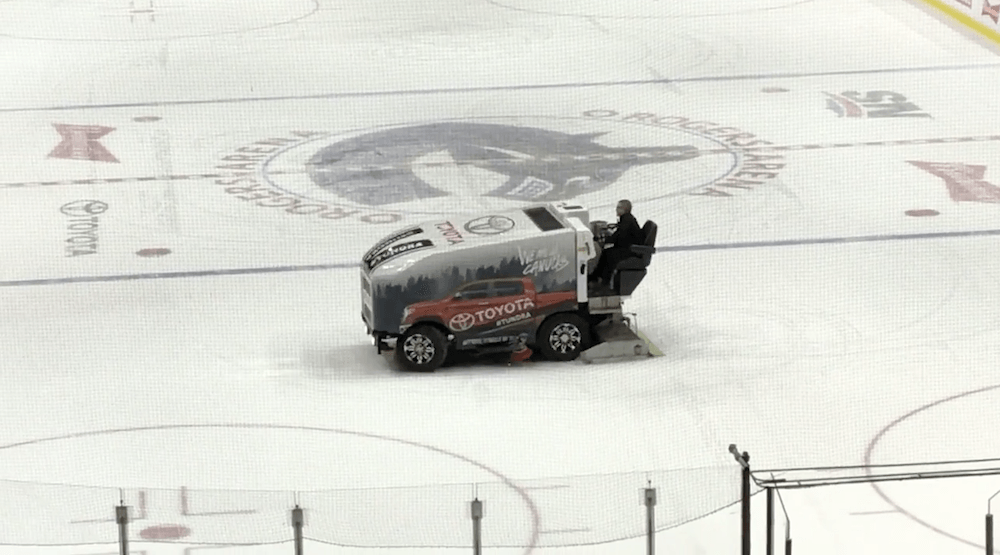 He’s been waiting all season for this.

With the season coming to a close last weekend, the Canucks Zamboni driver (it’s an Olympia, actually) decided to have a little fun. And why not?

The Olympia drivers, who do a lot more than drive the ice flooding machines, have to ensure the pristine condition of the ice surface all season.

But after the last regular season Canucks game, the ice gets removed until next season.