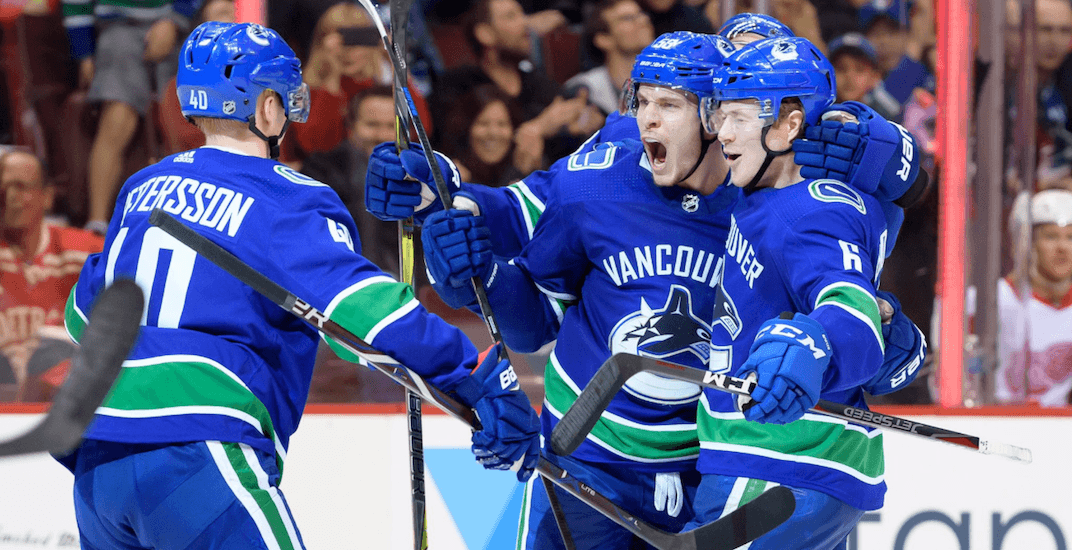 When the puck drops on the Vancouver Canucks’ 50th anniversary season next week, someone will be sporting the captain’s C on their jersey according to a report from Sportsnet’s Dan Murphy.

all quiet on the #canucks captain front, but I believe one will be named for their 50th anniversary season. Pretty sure Roberto Luongo is not coming out of retirement to get it again – even though he's on the payroll.

“Our team culture will be built from leadership by committee,” head coach Travis Green said last year. “It will be a big part of our process and our identity each and every game.”

The captain in waiting appears to be Horvat, who many thought should have been given the C before last season.

But with a Canucks team expected to struggle on the ice, naming Horvat captain last season could have heaped unnecessary pressure on a player still finding his way in the NHL.

Now 24, Horvat took a big step forward last season — setting career highs in goals (27), assists (34), and points (61). He’s the most experienced of the Canucks’ young core, and appears to be captain material. Having spent a season as alternate captain, Horvat got a taste of the job.

In terms of media responsibilities, there’s no player better equipped to be the next captain as Horvat. Win or lose, he’s poised, well-spoken, and accountable.

We don’t really know how he is with his teammates, other than the fact that they’re already calling him “cap,” which seems like a good sign.

Pettersson and Boeser calling Horvat “Cap” I think that tells you WHO THEY CONSIDER CAPTAIN ALREADY @Canucks @fr_aquilini pic.twitter.com/ElKRAaJuJm

There are other candidates, though the only other serious contender is Elias Pettersson. The team’s best player, Pettersson could end up becoming the team’s best leader too.

But at just 20 years old and with only one season under his belt, it would seem premature to put additional responsibilities on Pettersson’s shoulders at this time. While he can converse just fine in English, he’s still learning the finer points of the language, which would make media responsibilities more difficult.

If the plan was to give the C to Pettersson, the team would be wise to delay their decision

But why wait? Horvat is ready.

We should find out if the Canucks agree in the next week.