written by Head to the Net – on twitter: @HeadtotheNet

And in local Vancouver news: the sky is falling. The end is upon us. The Canucks have lost four games straight, and fans are already booking their holidays for mid-April.

The biggest surprise to me in all of this, is the fact that Vancouverites are not prepared for the emotional roller coaster that comes with being a Canucks fan. In case you’ve forgotten, I urge you to read this haunting recap written by yours truly after the team’s first of 2 straight playoff series losses to Chicago. Really, we should be used to this by now. Grow a thicker skin, people!

It’s understandable. You expected the world; you got Kentwood, Louisiana (tried to choose a small crappy place where people don’t read my stuff, though that’s probably impossible.) All those pre-season predictions had you expecting an 82-0 season.

But let’s take a quick look at the last 2 losses. The Canucks lose to Chicago, and you’re surprised? Did I miss something? Wait, did YOU miss something? Like possibly the last 2 years!? Trying to think of analogy for the Canucks when they play the ‘Hawks, and I’m stuck with the overused but so fitting Kryptonite.

Seriously, the team actually looked frozen – incapable of moving – as the Blackhawks beat them down on Saturday.

If I had an Alex Burrows voodoo doll and could make him speak, he’d take a page out of Pedro Martinez’s book and say, “We just ‘ave to tip our ‘ats and call dem our daddy.” (thanks to @camdavie for inspiring this)

Fine. So they lost to a team that always has their number. Write it off, move on.

Against Phoenix, the team certainly looked better. They had more jump and urgency than the day before, though that was pretty much a given. The Coyotes – to quote Dennis Green, “They are who we thought they were!”

Coach Dave Tippet’s bend but don’t break gameplan – we have no skill and no one knows it better than us – is not exactly easy to beat. Dominate the boards, take all the outside shots you want, the Coyotes collapse like a house of cards, and they are simply ravenous when it comes to eating up rebounds.

And the Canucks lost 3-2. Fear not Canuck nation, the team has 2 games this week that are bound to bring the sun back to this snow covered city.

The Good: Unlike the Coyotes, the Avalanche play an up-tempo, run-and-gun style of hockey that plays right into the Canucks’ hands. The team’s young players have skill, and head coach Joe Sacco is thankfully not throwing the reigns on their creativity. Good thing the Canucks have more skill.

The Bad: The Avs have won 4 straight games, and the Canucks seem to enjoy helping other teams’ winning streaks these days. Last week, they kicked off a 4-game streak for the Canadiens, and on Sunday night they made it 6 straight for the Coyotes. 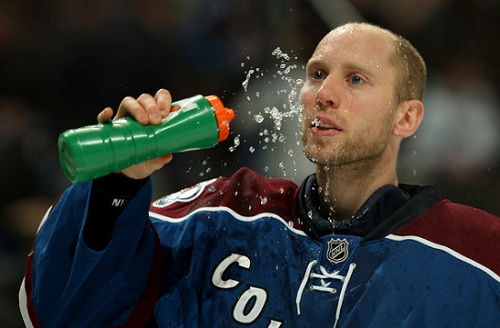 Craig Anderson returned from injury on Friday and has played one game, which he won 5-1. It’s a situation that’s eerily similar to when the Canucks had to face the Sabres’ Ryan Miller last week – a test they flunked.

Look, maybe it’s time the team got used to playing against hot goaltenders. They’ll probably need to get past at least a couple in the playoffs if they’re ever going to hoist this mythical “Stanley Cup” that we’ve all heard of.

Instructions to beat hot goaltender: Mikael Samuelsson, shoot every puck ON net! Alex Burrows, get your butt in his crease! Tanner Glass, Peter Schaefer, run him! Do something!! 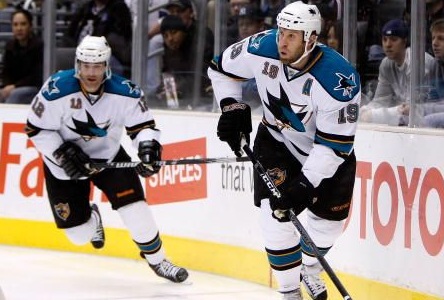 While Wednesday may give Canucks fans hope once again, Friday’s game against the Sharks may provide yet another body blow to the fans’ belief in their team.

Why do I say this? Over the past 3 seasons, the Canucks have compiled a pathetic 2-9-1 record against Joe Thornton, Patrick Marleau, and the rest of the Sharks.

When I look at this matchup, I get a sinking feeling in the pit of my stomach. Still, it should be another exciting game, which, after the last four, is all we can hope for. Right? Eh, maybe not.

If the Sharks draw a power-play, Canucks PK, keep an eye on Danny Boyle. As the quarterback, he controls the play like Steve Nash in a half-court offense. Six of his 15 points are from the man-advantage, as are 2 of his 3 goals. Lethal.