Headtothenet (@Headtothenet)
What a weekend of ups and downs for Vancouver sports fans. It began with one of the most highly anticipated Canucks games of the year on Saturday, as they faced the always despised Maple Leafs.

Vancouver would spot Toronto an early 2 goal lead, and then quickly tie it up before the 1st period was over. The score was 3-3 heading into 3rd period, and the Canucks pulled out a tight victory, which ended at 5-3 due to an empty netter.

Although that game was exciting, when it comes to suspense, it paled in comparison to the BC Lions’ first round playoff game on Sunday. Rookie quarterback Travis Lulay showed guts and resiliency, battling through the deafening crowd noise that only Rough Riders fans can create to throw the game tying touchdown with mere seconds left to send it to overtime. And that’s where it became a classic.

With the Riders having first crack at the ball, they took full advantage, not only scoring the touchdown, but striking with a 2 point convert. 8 point lead secured, it was BC’s turn to attempt a reply.

After marching the ball up the field, Lulay would call his own number and run it in for the touchdown, and without even a fist pump for a celebration, he ran back to the huddle to tell the team how they were going to score 2 extra points. With the Lions needing 2 points to continue the game and the season, who else would he throw to but Lions superstar, Geroy Simon. Of course, he caught the ball, and on the game went.

Unfortunately, that would be the last celebration for BC fans. After managing only a field goal on their ensuing possession, the Riders made no mistake – ex-Lion Jason Clermont marched the ball in for the win. And like a punch in the stomach, the Lions’ season was over.

Lucky for you, sports fans, there’s this other team in Vancouver who may help you get over your misery. The Canucks are in the midst of their longest roadtrip of the season right now, and they have a tough week coming up.

Taking a quick look at the stats, the team’s road record is 4-4-1 – unimpressive, really. But in their last 5 games away from Rogers Arena, they have lost only 1. The most important thing is that after losing their first 4 road games, the Canucks have improved dramatically.

The Sabres have a 6-9-3 record. Coming off the drama of playing in the centre of the universe, many experts will view this as a trap game, meaning a game that the Canucks should easily win, based on the rosters. 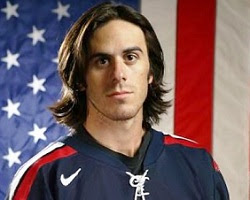 The problem with trap game status, is that it doesn’t give the Sabres enough credit. Two reasons – reigning Vezina Trophy winner, Ryan Miller, returned on Saturday after missing 5 games, and won; and sniper Thomas Vanek bumped an eight game goalscoring slump, and may be finding his touch.

Who to watch:
Cory Schneider, aka GingerBrick (coined by @opiatedsherpa), will have his 4th start for the Canucks this season, and he’ll be going for a perfect 4-0-0 record. 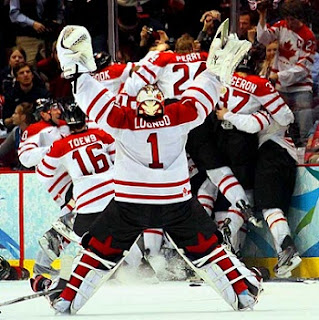 The last time Roberto Luongo saw Sidney Crosby, they were celebrating one of the best moments in Canada’s sports history as players on the same team.

On Wednesday, Luongo will be on the opposite side of the ice, aiming to shut down the player who tied for the league lead in goals last season, and also scored the goal that is etched in our memories forever. Hopefully Luongo will remember all of Crosby’s tricks from practicing with him, and he won’t be foolish enough to leave the five hole open.

Who to watch:
Evgeni Malkin has not been himself so far this season, but there’s reason to believe he’s coming around. The reason? He scored a hat-trick, already the sixth in his career, on Saturday against the Thrashers.

Question – do the Canucks even want to come home from this 5 game road trip, considering they’ll be welcomed at Rogers Arena by their arch nemeses – the Blackhawks?

Two playoff series losses and a shootout loss from earlier this season, and you start to think that maybe this matchup is quite simply never going to work out well for the Canucks.

One thing’s for sure, the buzz surrounding next Saturday’s HNIC matchup is going to be nearly as crazy as it was for this past one against the Leafs.

Who to watch:
Patrick Sharp leads the ‘Hawks with 18 points yet was left off the NHL All-Star ballot. If he’s anything like Mikael Samuelsson (Why wouldn’t he be?), he’ll be propelled to even higher heights by this rejection.

It’s like Johnny Knoxville preparing for a stunt – they know the pain is coming, but they can’t do anything to change their fate.

One night after the HNIC circus and Chicago Blackhawks leave town, they’ll be faced with the Phoenix Coyotes. And although the ‘Yotes have lost the element of surprise they used to catch most teams off-guard with last year, they’re still playing the same way. 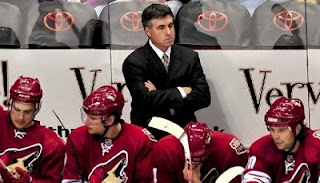 The evidence: They’ve won 3 straight, their record is 7-5-5, and they don’t have a player with more than 11 points on the season. They are an extremely well coached, disciplined team, who play especially well in front of their goalie and basically smother the opponents.

Who to watch:
See, this is the problem: If we at Head to the Net are having problems finding one player in the Coyotes line-up to keep an eye on, how can you expect Alain Vigneault or his assistants to do so? C’est impossible!

Though he won’t have a huge impact on the game, I think we’re all hoping Paul Bissonette (@BizNasty2point0), funniest man in the NHL, dresses for the game and drops the gloves against one of the Canucks’ fighters. That would make for a fun few hours on Twitter.