Headtothe.net (@headtothenet)
I’d like to say that Canucks fans have been patient and calm during the past week’s extended break, but judging from tweets like this, they’ve clearly not:

@BarbWhitmore: I’d like to meet whoever did the #Canucks schedule in a dark, deserted alley…js lol!!

Well you can stop your whining now, all of you, as the upcoming weeks have tons of hockey in store. This week’s schedule alone should have you salivating, with 4 very exciting games to come. 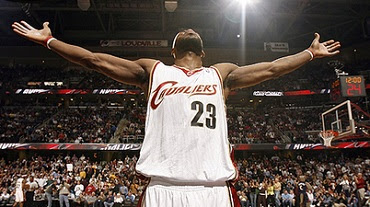 After landing the NHL’s version of Lebron James in the free agency pool, adding to an already offensively stacked team, the Devils were supposed to be tearing up the league. But their record is 3-8-1; they have the worst ranked offense in the NHL; and their head coach, John MacLean looks like he’ll be going into broadcasting very soon.

When asked about the security of his head coach’s job, by NorthJersey.com, GM Lou Lamoriello said:
“You’re not going to win unless your best players – and this is not targeting any one or two – but your top players have to be your top players.”

He seriously said that. Pretty original, huh? Judging by the GM’s blatant lack of effort in this statement, I’ll stick with my original premise – John MacLean will likely end up in the broadcast booth very soon.

That doesn’t mean the Canucks should take this team lightly. The scary thing thing is that with so much talent, it’s hard to believe the Devils will miss the playoffs – they could turn it around at any point with a breakout game.

The Canucks have to hope that Martin Brodeur still has bad memories of playing at Canada Hockey Place which is now Rogers Arena, which was formerly known as GM Place, and Roberto Luongo can outshine him once again.

Who to watch:
Sadly, we will miss out on seeing one of the NHL’s best young players, Zach Parise, as he has suffered a potentially serious knee injury and returned to New Jersey for evaluation. So don’t watch for him. 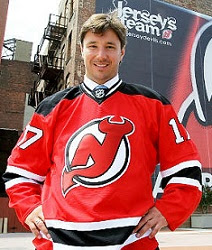 Instead, watch out for this Kovalchuk fellow. We’ve heard he’s good. 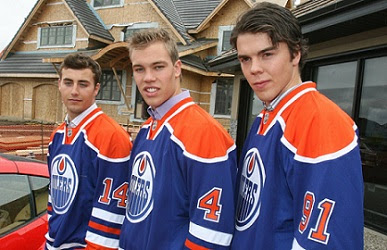 This will be the most anticipated Canucks game since the one on Monday. Actually, there are many reasons to be excited for Tuesday’s game against the Oilers.

Not only are they one of the most electrifying young teams in the NHL, but the Canucks will be playing their 11th game of the season!

Besides being the hallowed number of Mark Messier, 11 has special significance because after 10 games, Alex Burrows is allowed to return to the Canucks’ lineup.

The Oilers are an unimpressive 3-4-2 on the season so far, but they just came off a huge 7-4 victory against the Blackhawks. They will be well rested, coming off a 3-day break, while the Canucks play the second part of a back-to-back. 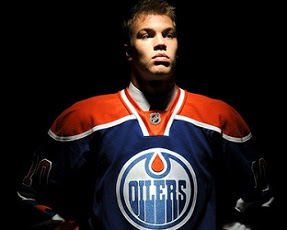 After scoring his first goal in the NHL last Thursday against Columbus, Taylor Hall scored again the following night. If he continues this alarming trend, he’ll score against the Canucks too, and so on.

On Thursday, the Canucks play another well rested, very skilled team. The Avs will be coming off a 4 day break, and they have the second ranked offense in the NHL right now, scoring an average of 3.5 goals/game.
They’re also on a 2-game winning streak (6-4-1 on the season), and will be looking for retribution after losing to the Canucks in overtime last week.

Who to Watch:
Matt Duchene skates like the wind (wind skates fast), and he should not be forgotten. I say this because that’s exactly what the Canucks did last week, when they allowed him to score the game tying goal late in the third period, forcing overtime.

The Red Wings are off to a 6-2-1 start, which means media types will be talking about how their veterans are the key to their success, rather than a slowing down, older core, which they’ll do when they have a few bad games at some point this season. 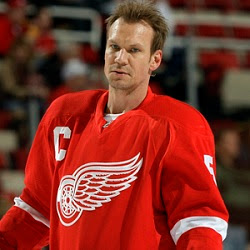 Nik Lidstrom has scored 11 points in 9 games, and he averages 24:51 of ice-time every game. The only thing more surprising than the fact that he’s not slowing down at his age, is that Damien Cox hasn’t yet asked “the question” about him.