The Vancouver Canucks’ upcoming week is really only about one thing. Apologies to the Anaheim Ducks and divisional rivals, Edmonton Oilers, but this Saturday night features the most anticipated Canucks game, rather, pre-game ceremony, of the year.

Only the third number to ever be retired in Canucks history – not counting the raising of the number 7, for the Canucks’ 7th man, the fans, which was possibly the worst idea in Canucks history – seeing Markus Naslund’s number 19 raised to the rafters will be emotional for players and fans alike. 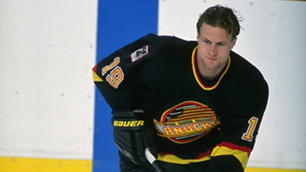 It’s also cool that another legendary number 19 will be in the building to witness this ceremony: GM of the Lightning, Steve Yzerman. Long time teammate Mattias Ohlund will look on as well, though we hope that during the game he’ll keep his patented bone breaking bodycheck in its holster on this night.

Looking at the Ducks’ recent record is a mind blowing experience. They started November with a 6-game winning streak, then turned in a 6 game losing streak, then won 3 more, then lost 2, and most recently they won on Tuesday night against the Oilers.

You ever play roulette? You try to find patters on that recent results board, because you’re trying to figure out the trends of the table, right? I don’t even care who the better team is in this game, from the recent pattern, the Ducks are going to win again on Wednesday.

Wait. Crap. Let’s hope I’m as lucky at predicting the next Ducks’ result as I am on that godforsaken money-sucking table. Speaking of which, my palm is itchy… 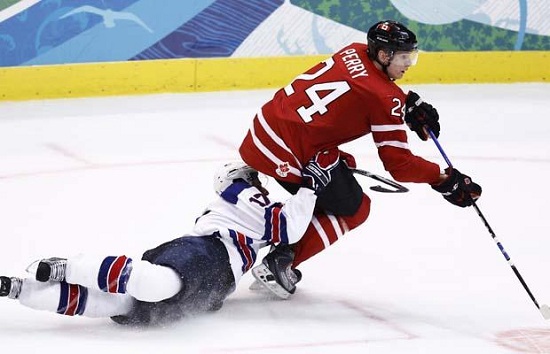 Canadian Olympian Corey Perry is fast and tough and he is the leading the Ducks in scoring, averaging a point a game.

More importantly, he and Ryan Kesler hate each other like Bart and Sideshow Bob. Keep an eye on that matchup.

I don’t know what’s going on with all these teams that can’t figure out if they’re good or bad this year, but the Lightning are yet another one. Following a recent 5 game winning streak, they’ve lost 4 of their last six games.

On Saturday, the Canucks will face yet another “tired team” that has just come through Alberta – as the Lightning play the Oilers on Friday night.

Being as unpredictable as the Canucks is not an easy task, but they’re doing a good job, losing all 3 matchups against tired opponents thus far. Hopefully, on this highly charged, emotional night, their legs won’t cool down during the long ceremony, and they’ll be ready to go.

This is more for the fans than the team, and more for pleasure than anything. And no, they didn’t bring their cheerleaders to town with them (unfortunately). 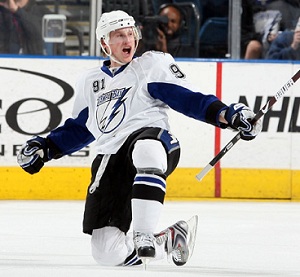 We’re talking about Steven Stamkos. He’s the reigning Rocket Richard Trophy co-winner, and it’s his first time in Vancouver, (though he really should have been here with the Canadian Men’s Olympic Hockey Team last year).

Watch, enjoy, and applaud this young Canadian superstar, because we don’t get to enjoy him enough here on the west coast.

The Oilers are battling the Calgary Flames for the last spot in the Western Conference. After struggling to win in their first 20 games, the young team seems to have turned a corner recently, winning 5 of their last 7 games.

They’re coming off a Northeast sweep with an easy victory in Ottawa, a huge comeback OT victory against the Canadiens, and a 5-0 blowout of the Leafs. The young team seems to be building chemistry with one another, and gaining experience in the NHL, which is a bit of a worry for the other teams in their division and conference.

If someone were to ask you who the leading scorer on the Oilers is, you might quickly guess Eberle, Penner, Horcoff, Hemsky, or Hall. 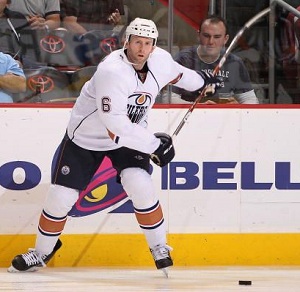 How far down on that list of yours would defenseman Ryan Whitney be? That’s right, he’s the leading scorer, with 21 points. 6 of those points have come on the powerplay (cover the points!), and all 21 are assists.

-to enter to win tickets to see the Calgary Flames play the Canucks at Rogers Arena on January 5 from HTTN, click here