With the trade deadline come and gone, the Canucks get back to trying to figure out how to score a goal with another must win Thursday night game versus the Dallas Stars at 5:30 p.m. I don’t know what to expect from the Canucks, but must-win territory is quickly turning in to no hope territory with every crushing defeat.

The Canucks fell 1-0 to the Phoenix Coyotes in a crucial Pacific Division game. We are all used to the Canucks scoring woes, but the concerning part was that the Canucks had no life whatsoever in this game. Who knows if it was the monster Roberto Luongo trade to Florida or the team wondering who was going to be traded out of Vancouver next, but the Canucks mailed it in. Eddie Lack was sharp, but once again got zero support on the scoreboard. This was yet another disappointing loss for a team that has completely lost it’s way.

The Dallas Stars are struggling for their playoff lives, but have the inside track on the 8th and final playoff spot in the Western Conference. To bolster their playoff chances, the Stars brought in none other than our friend Tim Thomas to backup stellar starter Kari Lehtonen. The Stars are everything the Canucks are not; young, exciting, and improving. Jamie Benn has leaped from future star to current superstar with an excellent Sochi 2014 showing for Team Canada and Tyler Seguin has ripped it up in his first year in Dallas. 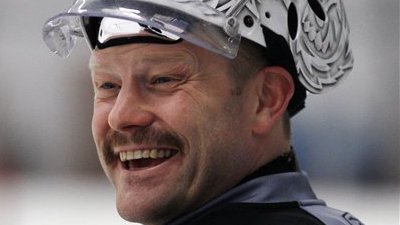 Shawn Matthias makes his Vancouver Canuck debut and Brad Richardson is out with an undisclosed injury. They didn’t do any line rushes in practice today, but here is how they might line-up:

The Canucks are floundering and no one is feeling the heat more than Mike Gillis. I will freely admit that I am not in the anti-Gillis camp. I like most of what he has done over his tenure with the Canucks, but clearly this version of the Canucks has not lived up to expectations and Gillis has done very little to help the team out. Gillis erred badly in trading off Cory Schneider a year ago and is still paying for that mistake. For all those that crucify Gillis over the Luongo drama, keep in mind that much of the issues that existed had very little to do with Mike Gillis. The Francesco Aquilini driven long-term Luongo contract handcuffed Gillis’ ability to trade Luongo when Schneider became the starter. Throw in a lockout with a trading freeze along with a reduction in the cap the following year and a mess results. For what it’s worth, I was surprised Gillis was able to get a legitimate big centre in Shawn Matthias and an NHL calibre goalie in Jacob Markstrom in return for Roberto Luongo. A fairly decent trade in isolation, but Canucks fans were going to rip Gillis no matter what he did. The funny thing is that those who want Gillis’ head are very likely the same fans who wanted to burn Luongo at the stake after playoff gaffs vs Chicago and Boston.

2. End of the Luongo Era

Omar wrote an excellent piece on Roberto Luongo’s impact on the Vancouver Canucks. No doubt, Luongo will be missed for his skill, professionalism, and class. I am an absolutely huge Luongo fan, but I also do not see the world with rose-coloured glasses (as more than a few have asserted). I am fully aware that Canuck fans are emotional about their team losing on the ice and making mistakes at an organizational level, but once you get over the emotion it becomes quite clear that this move needed to be done. In fact, the timing couldn’t be better for a Canuck team that needs a new direction. Many are blaming Mike Gillis for the Luongo debacle and he certainly botched the goaltending issues over the last few years, however, the single biggest reason for Luongo getting traded to Florida is Luongo himself. Roberto Luongo simply was outplayed by Cory Schneider and was on his way to being outplayed by Eddie Lack. It wasn’t that Luongo was declining rapidly, just that Schneider and Lack were that good. Luongo’s biggest failure was that he  opened the door for his backups. Think about it. 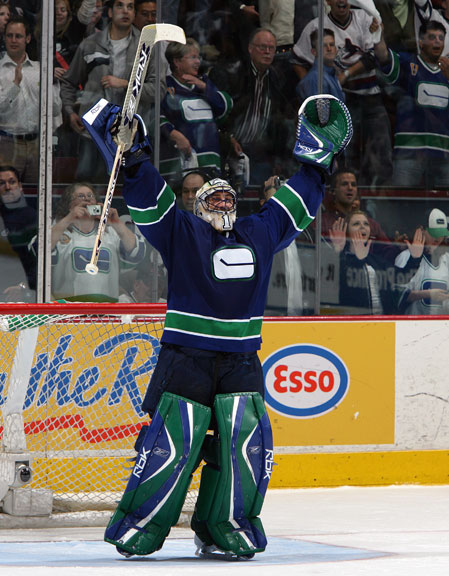 Don’t cry for Roberto Luongo. He had a wonderful run in Vancouver, will be remembered as the greatest goalie in Vancouver Canucks history, and will play out his career making millions in the sun. Thanks for the memories Roberto!

The Canucks need a win badly and a loss against the Dallas Stars would be devastating. I’d love to say that the Canucks respond with an inspiring win after a complete dud of a game in Phoenix, but this team just cannot score. The Canucks lose this one 3-1.