The Canucks are looking to rebound tonight against the Dallas Stars after a disastrous effort against the Colorado Avalanche on Thursday.

The Stars (36-29-10) sit 6th in the powerhouse Central Division while the Canucks are holding on, every so slightly, to 2nd in the Pacific Division.

The Canucks continue to be an enigma trapped inside a riddle. They have turned out dud efforts against non-playoff teams and then look like world beaters against elite teams.

The trend continued on Thursday night when the Canucks skated around like bloated bees drunk on pollen against the Avalanche. This simply is not acceptable with 8 games left in the season and with the Canucks clinging to 2nd in the Pacific Division.

Redemption comes in the form of the Dallas Stars who, like the Avalanche on Thursday night, will be playing their second game in consecutive nights. The Stars are on a roll, having won 8 of their last 10 games, and will not be a team that will simply rollover to the Canucks. In fact, the Stars likely still have it in their heads that they can make they playoffs if they were to run the table. Point being: there are no easy games at this point in the season. 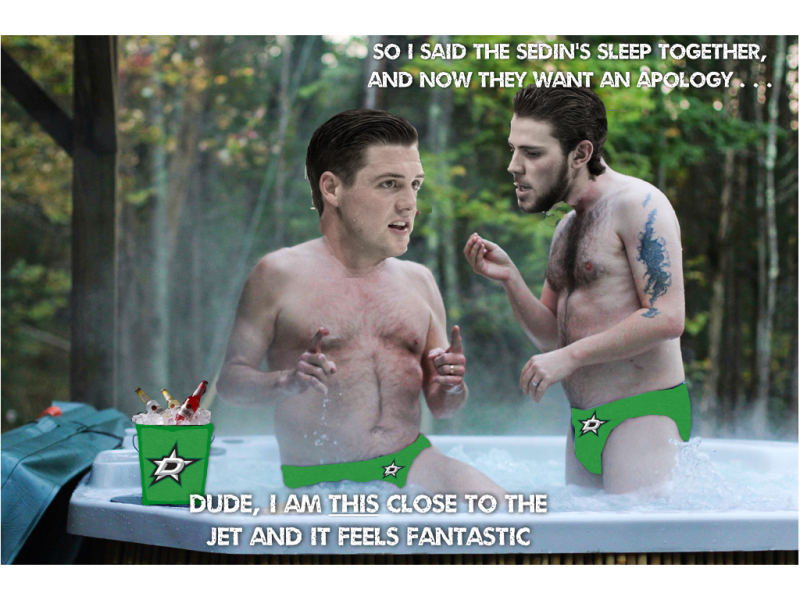 Canucks Nation hasn’t forgotten the extremely odd comments pointed at Henrik and Daniel Sedin by Jamie Benn and Tyler Seguin on a Dallas-based radio broadcast in early February. No doubt the Vancouver crowd will be all over both of them.

In defence of Jamie Benn, he did have the smarts to apologize to the twins. In a Dallas Stars press release (which no longer appears on the the Dallas Stars official website), this was said:

Dallas president Jim Lites said in a statement Wednesday that Benn had reached out to the Sedin twins to apologize. Lites said the team has “the utmost respect for the contributions the two have made to both the game and to their community.”

Seguin is a different story. Crickets.

Canucks fans have gotten a little tired of the Sedins getting ridiculed. The reality is that anyone who sees them play on a regular basis, witnesses their all-class demeanour on and off the ice, and understands the humility they bring to the franchise, wants to stick up for them. The lack of respect that the Sedins get throughout the league is simply mind boggling. 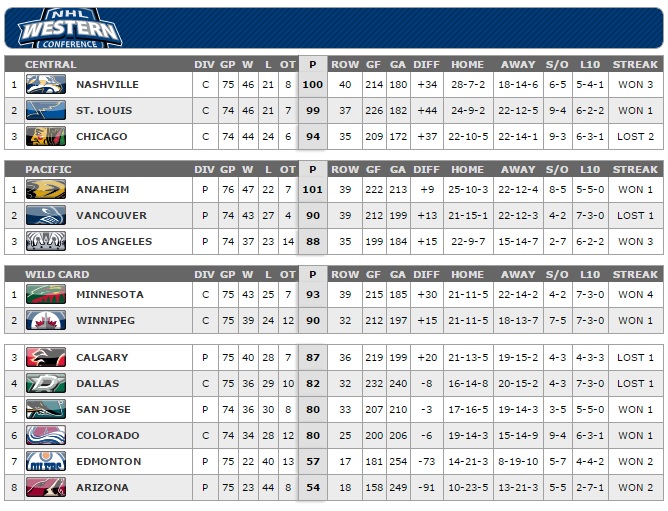 The Canucks are in a dog fight to make the playoffs. No doubt, they have the inside track, but there is very little margin for error. The Canucks have gone 7-3 in their last 10 games and have created zero separation between them and their chasers, the Los Angeles Kings and the Calgary Flames.

Many felt 96 points would be the magic number to secure a playoff berth, but it is looking more and more like it could be a shade higher than that.

The Flames lost again on Friday night and the math doesn’t lie. The Canucks are in a good spot to get back into the playoffs. 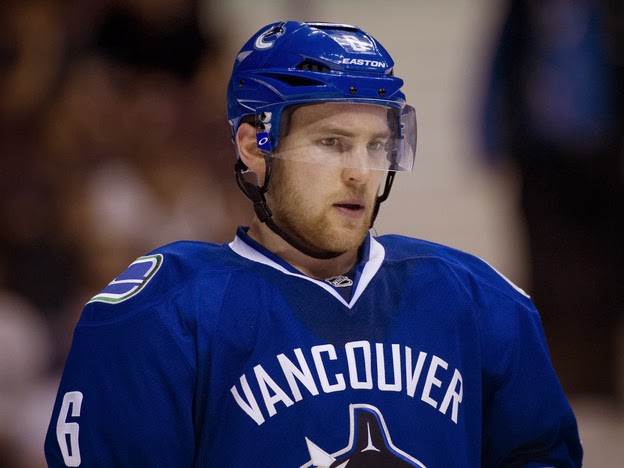 Yannick Weber has been extremely patient in solidifying his spot in the top-6 for the Canucks this season. It took a decimated Canucks defence for Willie Desjardins to see what Weber can do on a nightly basis and he is starting to turn into a key player for the Canucks during the stretch run. Weber is unleashing bombs from the point on the Canucks 1st power play unit.

Who would have thought that a right-handed defenseman with a booming shot would be a fit on the Canucks power play? It is also a head scratcher that Weber was routinely made a healthy scratch earlier in the season with Luca Sbisa remaining a constant in the lineup, but I digress.

Zack Kassian continues to nurse a bad back while Ryan Stanton and Brandon McMillan look to be healthy scratches. Brad Richardson is a game time decision.

As always, we will update this section throughout the day with any lineup changes.

The Canucks are coming off a disappointing loss against the Colorado Avalanche and are facing another non-playoff team, the Dallas Stars, that are playing quite well at the moment.

Many fans could likely see the loss coming against the Avs, but lightning won’t strike twice this time. I don’t see Vancouver taking the Stars lightly and I wouldn’t be surprised to see the Sedins take control of the game early. The Canucks win 4-1 and Tyler Seguin leaves to a chorus of boos.