The Canucks invade Kanata, Ontario with a Sunday night tilt against the Ottawa Senators.The Senators are struggling and the Canucks are looking to get this Eastern Conference road trip back on track after a frustrating loss against the Toronto Maple Leafs last night.

The Canucks are facing another team that finds itself in pseudo-panic mode. The Senators have lost five straight games and their roster screams mediocrity. The Canucks have done very well this season in winning games they should win (except for yesterday of course) and this game is no different. 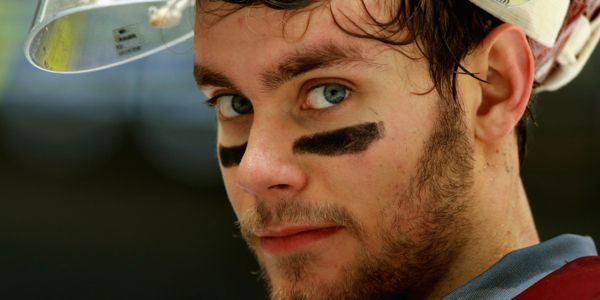 Canucks fans have a history of falling in love with their backup goalies and Eddie Lack epitomizes this. Ryan Miller’s integrity was questioned exhaustingly by the Vancouver media earlier this week when he lobbied for the Washington Capitals start. This was followed by cries from fans and media alike that Eddie Lack get the start against the Toronto Maple Leafs after his tidy shutout of the Pittsburgh Penguins on Thursday. In hindsight, those fans may have been right with Ryan Miller’s no show in Toronto. Regardless, the reality is that Eddie Lack is the backup goalie on this team and there really should be no questioning this at this point. Our own Rob Williams wrote an article on this topic that sums it all up nicely. Lack has proven to be a very good backup and no doubt will be a #1 goalie in this league at some point. Lack will need to continue his strong play of late against the Senators for the Canucks to take this one. 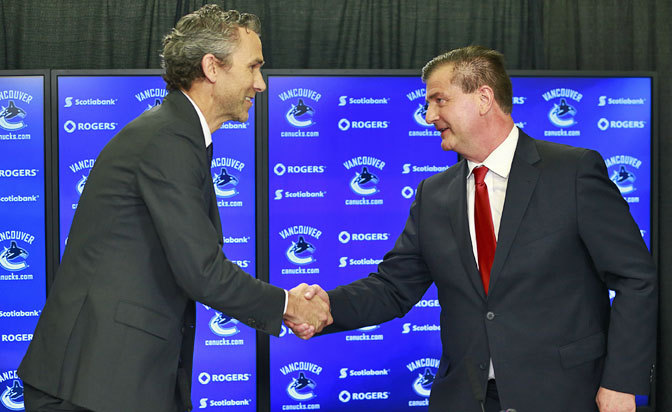 Canucks fans have to feel thankful that the franchise has had solid management for quite sometime. It started with Pat Quinn and continues with the Trevor Linden-Jim Benning dynamic duo. I realize the current regime is very early in it’s tenure, but count your lucky stars that the Canucks management resembles nothing of what they have going on in Edmonton.

For those of you who didn’t get up at 8am on Friday to watch the Edmonton Oilers state of the union address, you missed an absolutely embarrassing exercise. Craig MacTavish essentially called a press conference to let everyone know that he plans on keeping the coach, he still believes in the core, and that it is hard to make trades. What team holds a state of the union press conference at the 26 game mark of the season? I was a young Canucks fan when the Canucks were the laughing stock of the league. Let’s just say that I’m happy those days are over (and have been for a long time).

The Canucks have consistently played well coming out of a loss this season. The loss against the Maple Leafs was a frustrating one in that it really came down to Jonathan Bernier playing well and Ryan Miller playing brutal. The Canucks were all over the Leafs for most of the evening and were the better team on the night. The Canucks need to continue to be resilient and have a very good start against the Senators. With a struggling team like the Senators, a strong first period may be all the Canucks need.

Shawn Matthias is doubtful to play today after taking an elbow to the head from Stephane Robidas during the second period of last night’s game against the Leafs. If Matthias can’t play, Nicklas Jensen will take his spot in the lineup.

***Update: Tom Sestito is on his way to Utica for a conditioning stint.