Following their shootout victory over the Islanders in Brooklyn, the Vancouver Canucks cross the bridge into Manhattan to face Alain Vigneault and the New York Rangers at Madison Square Gardens. 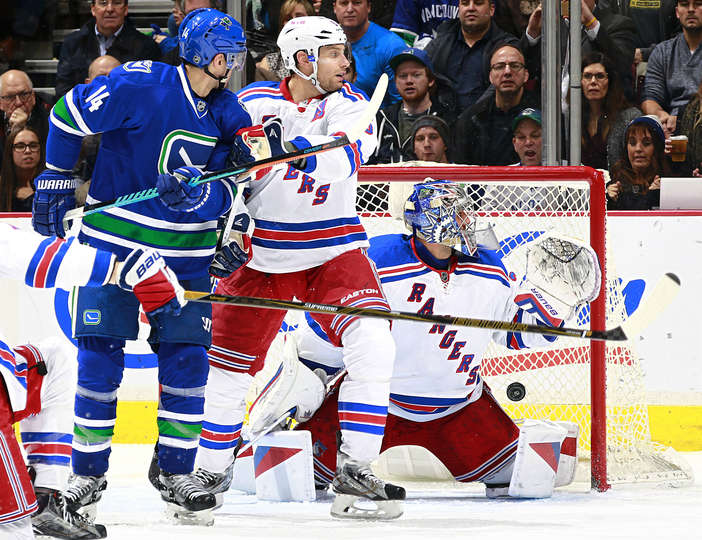 So here we are. Back at the stadium where dreams go to die.

I’ll probably get over 1994 eventually.

It’s 2016 and the Canucks will be facing the Rangers for the second and final time this season, barring a miracle that would see both teams make it to the Stanley Cup Final.

The two teams last saw each other in Vancouver in December when the Canucks (read: The Twins) stole a two points away from the blue shirts. Since the loss, the Rangers have gone 6-8-2 (I counted, all by myself) which is rather pedestrian by their standards.

However, thanks to a hot start to the season, New York finds themselves generally where you would expect in the standings, currently sitting third in the Atlantic Division behind two very strong teams (New York Islanders and Washington Capitals).

While the Rangers don’t boast any true superstars outside of goalie Henrik Lundqvist, New York has fantastic depth on both forward and defence. To put things in perspective, the Rangers have eight players with at least 20 points while the Canucks have…four.

Actually, technically three now because Henrik Sedin will be out until after the Allstar break.

Well, thanks to Mikhail Grabovski being a complete ass and injuring Vancouver’s captain and best player (sorry, Daniel), the Canucks can now look forward to life with Henrik Sedin for at least the next four games.

Although we’re still unclear about the details surrounding what part of the body was hurt or even the severity, if Henrik Sedin is missing four games in a row, you know it has to be bad.

Not that the NHL cares whether one of it’s best players is injured, mind you.

As Ray Ferraro stated this afternoon:

.@rayferrarotsn: There's no league that does less for their stars than the NHL. I thought Grabovski should have gotten two games

We’re living in a dream world if we believe the NHL would ever actually punish someone properly. It’s clearly more important to concentrate on fining players for diving and making sure they catch the hooking penalties.

Regardless, the massive weight of carrying the Canucks through the rest of the road trip now falls onto the shoulders of Bo Horvat and Jared McCann. Fortunately, Horvat is playing like it is the 2015 playoffs and Jared McCann has rarely looked out of place when playing with skilled players in the top-six. Not that I ever want to see Henrik Sedin hurt, but it’s nice that Willie Desjardins is forced to play McCann in an offensive role.

However, here’s another nightmare-inducing thought to counter those last points:

Food for thought: with Henrik and his 37 points out, #Canucks 2nd leading scorer is now Jannik Hansen with 22 pts 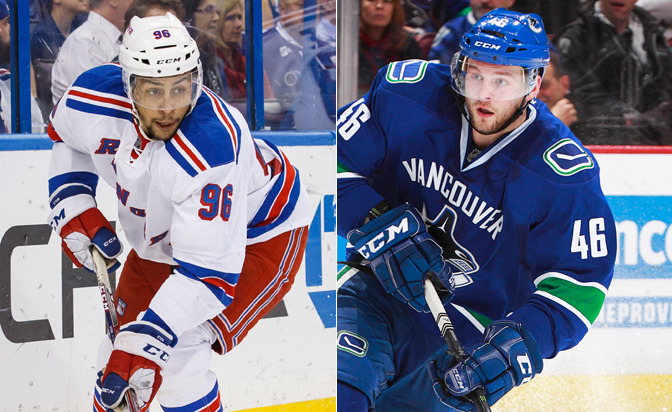 Yes, tonight Emerson Etem will be making his long-awaited return to Madison Square Garden to face the team that unceremoniously dumped him earlier this month.

Actually, it’s really not that big of a deal. After being dealt by the Anaheim Ducks to the Rangers last summer, Etem was never able to gain his footing in New York’s lineup among their ridiculous depth up front. After 19 games and zero goals, Etem was shipped off to Vancouver where a lot more opportunity awaits.

So far, there really hasn’t been much to complain about Etem’s start in Vancouver. He looks fast and seems to have formed some chemistry with Linden Vey on the (I guess…) third line with Alex Burrows, although it looks like Jake Virtanen will rotate into that position against the Rangers.

It’s only a matter of time until Etem starts putting up some points because he is doing a lot of things right. He is taking the puck to the net with speed and winning the battles along the boards, albeit with some unorthodox stick-handling.

What still floors me is how could the Rangers not have found anywhere for Etem in their lineup? Unlike Nicklas Jensen (whom he was traded for), Etem is a legitimate NHL player that can contribute while Jensen is struggling to establish himself as an AHL player. 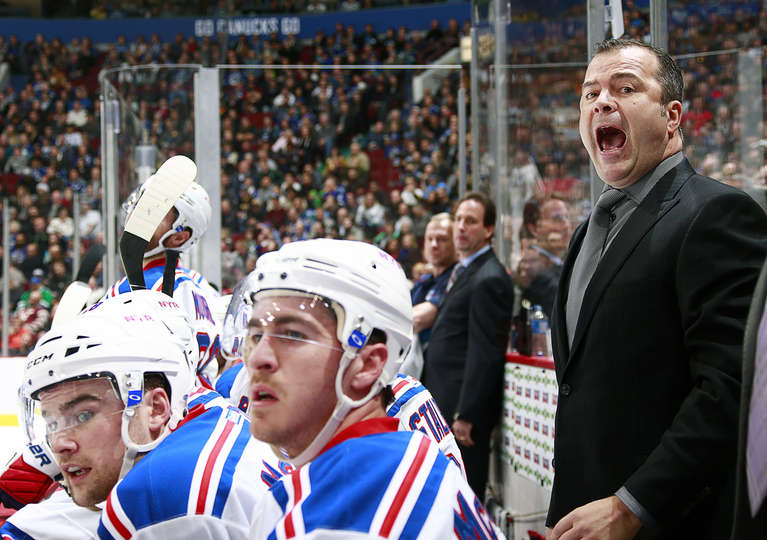 I’m not going to lie, it’s been tough watching former Canuck coach Alain Vigneault go on to have such a successful run with the New York Rangers while his replacements in Vancouver have looked like this a lot of the time:

It’s hard not lament Vigneault’s success but it’s important to remember that he inherited a much better situation than either John Tortorella or Willie Desjardins (pictured above) did in Vancouver.

The Rangers already had the building blocks of a successful franchise before Vigneault showed up. They just needed the right mind to guide the likes of Derek Stepan, Ryan McDonagh, and Henrik Lundqvist to the top.

Personally, I wish Alain Vigneault all the best and I hope he eventually wins the Stanley Cup after losing in 2011 and 2014.

After the Canucks win one of course…

Without Henrik Sedin, there will obviously be some adjustments made to Vancouver’s lineup. Here’s what we know so far:

The big change is Jake Virtanen drawing back into the lineup and Brandon Prust taking a seat. It’s an interesting change because Willie Desjardins loves his fourth line guys.

*Update: It seems as though Prust wasn’t too happy about missing a game against his former team, and Willie Desjardins is giving him another chance.

Although it hasn’t been confirmed, expect Ryan Miller to get the start.

The Canucks have won their past two games, but in reality, they really shouldn’t have.

Both the Hurricanes and Islanders dominated Vancouver, but thanks to some amazing goaltending and timely scoring, the Canucks were able two steal two points from both teams.

Unfortunately, I think the Rangers are too good of a team to let that happen again, even though they have been mediocre themselves.

Ryan Miller will be tired from the 47 save performance he put on against the Islanders, so I see the Rangers taking this one by a score of 5-2.

However, Emerson Etem will score his first goal as a Canuck.