The Vancouver Canucks continue to impress and bring their 8-3-0 record back to Rogers Arena with a Sunday night matchup vs the 6-2-2 Nashville Predators.The Canucks sit second in the very tough Pacific Division and the surprising Predators (6-2-2) are tied for the lead in the Central Division. I know it’s early, but for the first time in forever we can legitimately call a Canucks-Predators tilt a Clash of the Titans!

Okay! A little hyperbole has been used to describe this game, but certainly it has been quite some time when one could say that a Canucks-Predators matchup had the potential to be an exciting game. The Canucks, under rookie coach Willie Desjardins, are playing an exciting, attacking brand of hockey that has rejuvenated the supposedly stale core. The Predators have a new coach for the first time in their existence, with Peter Laviolette taking over for Barry Trotz, and have done quite a makeover of their lineup in the off-season. The Predators picked up James Neal in a trade with the Pittsburgh Penguins as well as adding veteran free agents Mike Ribeiro, Ollie Jokinen, and Derek Roy. A healthy Pekka Rinne doesn’t hurt either. What looked like a bottom-feeding team picking up past-their-prime free agents has turned into a team that has been very competitive in the early going. 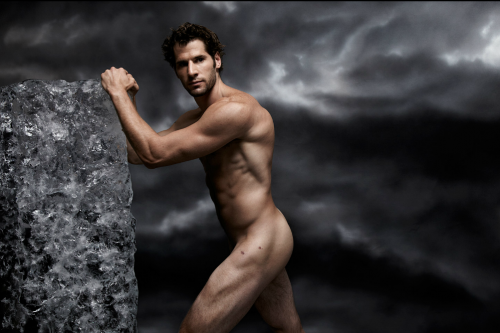 Canucks fans have been pleasantly surprised by the early season play of Nick Bonino. The centrepiece in the off-season Ryan Kesler trade has shown off a very complete game and solidified the second line. Bonino doesn’t play as hard of a game as Kesler, but he may be a better playmaker and has shown a good touch around the net. So far Bonino (9 points in 11 games) is actually outscoring Kesler (8 points in 12 games).

Willie Desjardins has really done an excellent job spreading out the minutes with this year’s version of the Canucks. Gone are the days of the fourth line playing less than 4 minutes each per game. The Canucks do not have one regular averaging less than 10 minutes a game through the first 11 games. This is a revelation in Vancouver. John Tortorella was famous for overplaying his top 9 forwards, but even Alain Vigneault did not spread out the minutes like Desjardins has been able to do.

3. No Lack of Motivation

Eddie Lack hasn’t exactly had some stellar efforts in front of him this season, but you have to believe there is no shortage of motivation for him to have a very good game in just his third start of the season. Ryan Miller has been outstanding this season and currently leads the league in wins with 8. Add to that, the rave reviews for Jacob Markstrom’s play in Utica and it equals an early season start with a little extra meaning than one would think for Lack.

Alex Burrows will serve the second game of his 3-game suspension. Ryan Stanton is close to a return from injury and Bo Horvat has been called up.

For now, we’ll assume the Canucks go with the same lineup as last night, with Eddie Lack in net.

This is one of the few times I can remember a Canucks-Predators game being intriguing and I’m quite pleased to be seeing the game live. The schedule makers have dealt the Canucks another back-to-back situation in which they are playing a rested team. Most NHL teams do not do well in this situation and the Canucks have yet to win both games of a back-to-back this season. Nevertheless, the Canucks have historically had Pekka Rinne’s number and Eddie Lack will want to get back to his stellar pre-season form. The Canucks take this game 4-1 and vault into 1st place overall in the NHL! Like a missed Ashraf Amaya free-throw, you can take this one to the bank!