After dispatching the Philadelphia Flyers on Monday, the Vancouver Canucks will host the NHL’s other Pennsylvania team tonight, the Pittsburgh Penguins, in what has come to be a highly anticipated matchup every year. There are plenty of storylines leading into tonight’s matchup, so let’s dive right in.

The Canucks scored goals in the opening and closing two minutes of Monday night’s game to beat the Flyers 2-1. Just over 24 hours after making the team, Jake Virtanen had his first NHL goal, with Bo Horvat also tallying the eventual game winner. The Canucks may not surprise anybody in the Western Conference this year, but they are getting younger and most people view that as a positive thing.

Before the season started, the Pittsburgh Penguins were expected to shoot the lights out with the likes of Sidney Crosby, Evgeni Malkin, Kris Letang, and the newly acquired Phil Kessel. Well, as of today, the Pens are ranked just 27th in the league in goals for and nobody seems to know what’s wrong. You’d have to imagine that skilled players like that will not all stay quiet for long, so here’s hoping the lack of offence lasts for at least one more game. 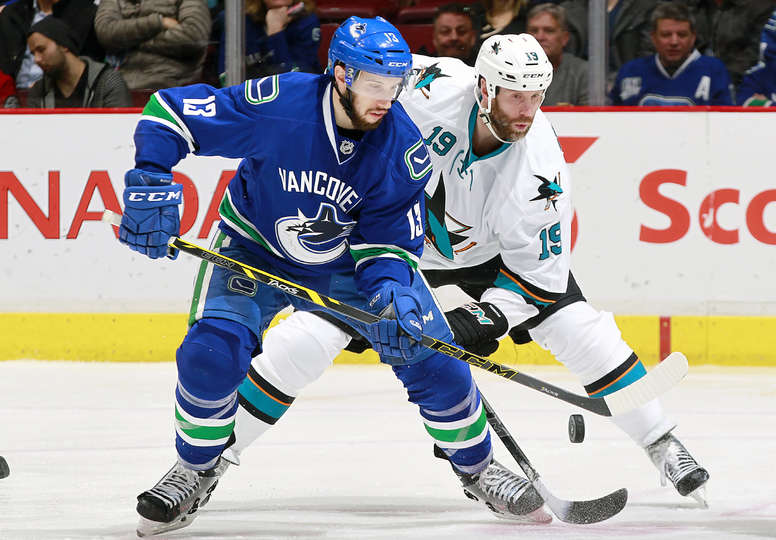 Jim Benning acquired Nick Bonino in the famous (or infamous) Ryan Kesler trade. Many expected more to come back the other way, especially based on what Kesler had done for the Canucks in his lengthy tenure as their second line centre. However, Bonino finished the season having played 75 games, totaling 15 goals and 39 points.

If you compare that production with Kesler’s, it’s not especially bad. In 6 more games, Kesler had just 5 more goals and 8 more points.

With all that being said, Benning shipped Nick Bonino off to Pittsburgh this summer with Adam Clendening for Brandon Sutter and this will be Bonino’s first game against his former team. The offensive woes haven’t missed Bonino either, as he has just 2 goals and 3 points in 11 games so far this season. Doesn’t mean his buddies won’t stop by to say hello.

Nick Bonino back in town visiting with a few #Canucks pic.twitter.com/T1HxFftSRX 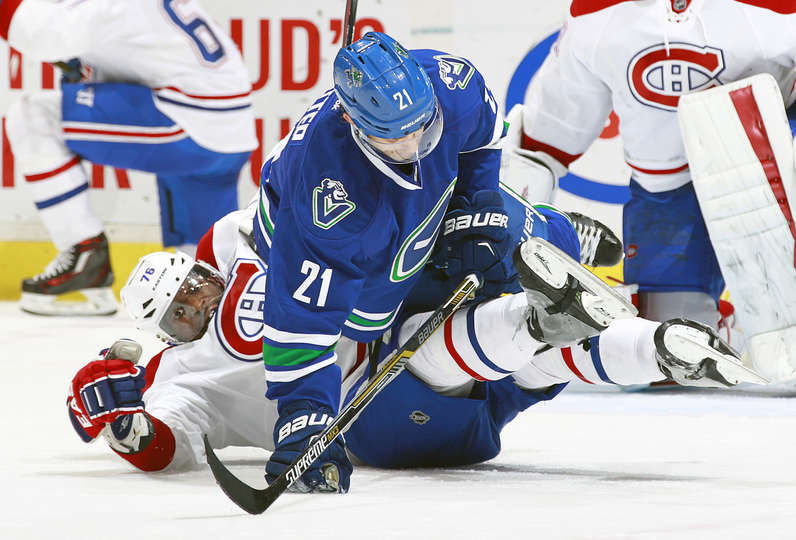 Most didn’t have a massive issue with acquiring the aforementioned Brandon Sutter and what the Canucks gave up to get him, but what had many biting their nails is the decision to give the seven year pro a 5-year, $4.375 million deal without having really proven anything. Obviously, time will tell if this was the right move, but the addition of Sutter and the emergence of Bo Horvat and Jared McCann have given the Canucks strength down the middle for the first time in a long time.

So far this season, Brandon Sutter has 3 goals and 7 points in 12 games. You can bet he’d like to make an impact against his former team tonight.

In an intermission interview with Dan Murphy Monday evening during the telecast of the Canucks/Flyers game, Jim Benning stated that Luca Sbisa was likely “week-to-week” rather than day-to-day, and with Brandon Prust still out, the Canucks are not without injuries.

However, Canucks fans received some good news as both Chris Higgins and Jacob Markstrom are both healthy again. Higgins has confirmed that he’ll play tonight and it appears after a conditioning stint in Utica this weekend, Jacob Markstrom will join the Canucks next week.

Markstrom knee-injury recovery to the stage where plan is to play a couple of AHL games this weekend.

With Jacob Markstrom nearly at full strength, that will likely spell out Ryan Miller a little more and Higgins provides reliable depth on the wing, giving Willie Desjardins some options as the season progresses.

With Chris Higgins set to play his first game of the season, look for Sven Baertschi to be the healthy scratch tonight.

After a day off, Ryan Miller will likely be between the pipes once more. Check back for any changes after the game day skate.

Sidney Crosby has just 1 goal and 5 points in 11 games so far this season and has always played well in Vancouver (2010, anyone?), so expect him to be a factor. I’m also guessing that both Nick Bonino and Brandon Sutter will have a little something extra agains their old teams.

At the end of the night, I think Ryan Miller exacts a sliver of revenge against a Crosby led team and the Canucks win 3-1.