Very quietly, the Florida Panthers have run their winning streak to 12 games, and tonight it will be the Vancouver Canucks’ turn to try and snap it. 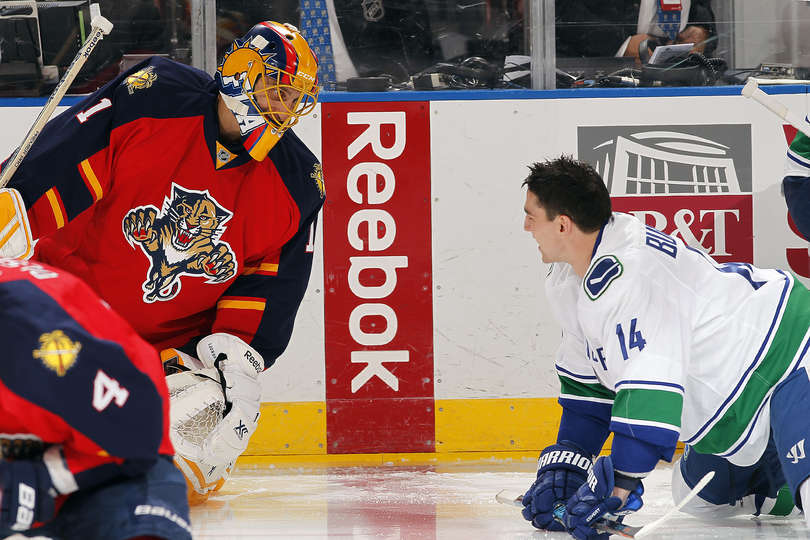 Like I mentioned in the intro, the Florida Panthers are riding into town on a 12 game winning streak, which is kind of incredible when you consider they missed the playoffs entirely last year, their leading scorer is 43 years old and has a developing mullet, and, last but not least, their 36 year goaltender is supposed to be washed up and on his retirement tour.

The Panthers have been gradually transitioning from a retirement village to an actual contender over the last couple of seasons. Led by 2014 number one overall draft pick Aaron Ekblad, Florida has been riding on the contributions of their developing talent such as Nick Bjustad, Jonathan Huberdeau, and Aleksander Barkov.

However, the one that is currently stirring the drink, is none other than this beauty right here: 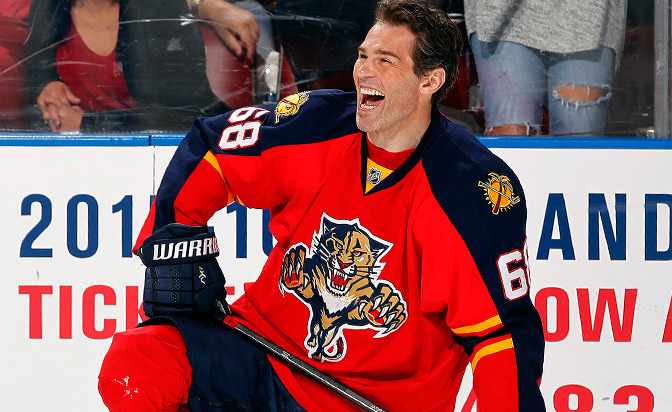 He’s just having a great time proving that a 43 year old can still dominate the NHL. 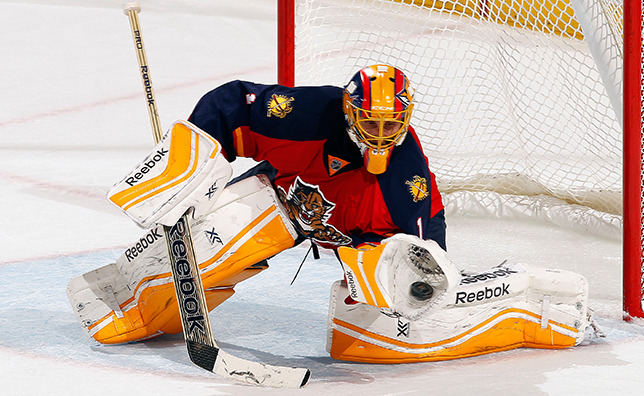 It’s weird to be talking about a game between the Vancouver Canucks and Florida Panthers and not be focusing on Roberto Luongo returning to Roger’s Arena.

I guess it’s kind of a “been there done that” type of thing.

Luongo is having himself quite the season in Florida (everyone is apparently). He currently sits fourth in the league with 19 wins, fifth in the league in save percentage with .931 (!!!) and a goals against average of 2.06.

If the Canucks wanted to contend for a playoff spot, those are the kind of numbers a team like Vancouver would need.

Etem in tomorrow vs. Florida. #Canucks

Yes, tonight Emerson Etem will be making his long-awaited debut for the Vancouver Canucks. And based on who he is playing with, I’m going to go out on a limb and say that this is going to be an exercise in patience for Willie Desjardins.

When the Canucks acquired Etem on Friday, who knew that meant the official transition to a young team? Well, one odd Chris Higgins press release later and here we are.

It’s always hard to temper one’s expectations when there is a new face in the lineup. Although I am intrigued to see what kind of speed the Etem and Jake Virtanen combination brings to the table, I am worried about their defensive lapses which may end up costing them some ice time later in the game as Desjardins will most likely lean on the Sedin twins and Derek Dorsett.

Well, that won’t matter since they probably won’t be playing during the late stages of the game because Dorsett needs more time on the ice to do…whatever it is he does. 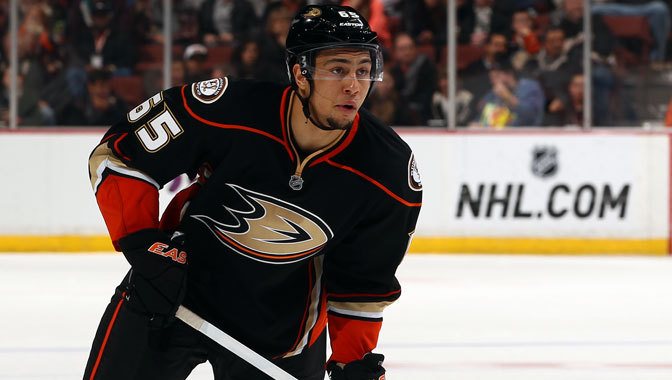 There’s nothing like a visiting team coming into town, riding a ridiculous winning streak. It’s always fun to see if the Canucks can snap these things, although it’s fortunate that they aren’t going for a record on Monday Night considering every major milestone ever has been achieved while playing Vancouver.

Anyways, the Panthers barely hung on to defeat the Oilers last night by a score of 2-1. Al Montoya was the goalie that preserved the streak, which is incredible because I kind of forgot Montoya was still in the NHL.

But then I saw the Oilers only managed to get 14 shots on net and, suddenly, it didn’t seem like that great of an achievement.

The Oilers are getting Auston Matthews aren’t they…

Looks like McCann is back in. Skating on fourth line. Vey centring Virtanen and Etem. #Canucks

Other than Emerson Etem making his debut, it looks like Desjardins is re-inserting Jared McCann in the lineup, albeit on the fourth line.

Jacob Markstrom gets the start again his old team.

Markstrom gets the start tomorrow vs. Florida. #Canucks

I’ve been pretty pessimistic in my predictions lately, mostly because the Canucks lose quite a bit and the odds are in my favour when I lean that way.

However, there is something about breaking streaks that I just can’t stay away from and considering how the Florida Panthers have played in the last few games:

One could argue? I don't think they've been all that great in 4 of past 5…but good teams figure out ways to win. https://t.co/rZ8NbQJxEs

I’m banking on the Canucks breaking the streak by a score of 4-2.

I’m also banking on the Etem-Vey-Virtanen combination NOT breaking 10 minutes of ice time.