With time to rest since their loss on Monday, the Canucks are two games away from opening the 2014-2015 regular season, and while there are a few question surrounding the team, it looks like things are starting to fall into place. The Pacific Division, never mind the entire Western Conference, looks as difficult as ever and if the Canucks are going to challenge for a playoff spot, a good start and capitalizing against inferior opponents will be absolutely crucial. Speaking of inferior… presenting: the Edmonton Oilers!

For perhaps the first time this preseason, the Canucks looked vulnerable and out of sorts on Monday evening in a contest against the Arizona Coyotes. “Outworked”, in the words of Willie Desjardins, the Canucks were noticeably listless at times, and never really threatened to take over the game. However, there were some encouraging moments, as there usually tend to be in preseason games, so look for the Canucks coaching staff build on those as the regular season approaches. 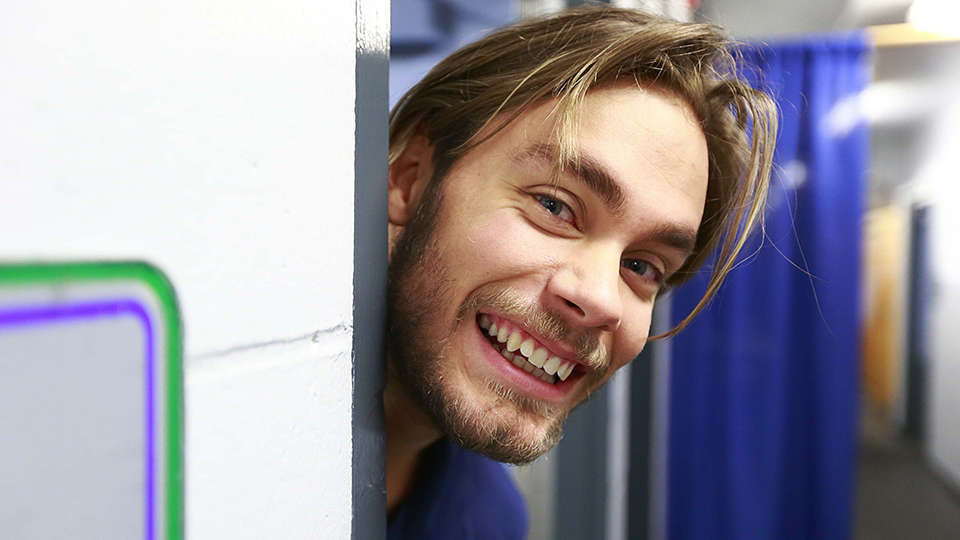 Jim Benning and Trevor Linden were on TSN 1040 radio this morning and were bombarded with questions about the goaltending situation. Markstrom passing through waivers unclaimed and Eddie Lack’s stellar preseason play were both discussed in detail along with the idea of Lack as a “trade asset”. I, for one, would like to see this team keep a solid, up-and-coming goaltending prospect. The last one traded away is about to be the next big thing in New Jersey. Putting his shutout streak on the line tonight, Eddie Lack will attempt to build on his 36-for-36 preseason, further fueling the rumours and speculation (because that’s just what we do here in Vancouver).

Ryan Miller looked sharp on Monday night against the Coyotes, despite allowing 4 goals. Stopping 31 of 35 shots, Miller missed a couple deflections, a partial breakaway, and a garbage goal in the dying minutes, but was strong for most of the game. According to him, there’s still a little bit of rust to brush off, but he’s “happy with overall awareness”. We should be too.

For more on the TSN 1040 segment, check out Omar’s take from yesterday.

Perhaps the most shrewd transaction in Jim Benning’s young tenure as Canucks general manager was swinging a Jason Garrison enhanced package to the Tampa Bay Lightning for a 2nd round draft pick that was then dealt to Los Angeles for rookie center Linden Vey. But you knew all that already, didn’t you?

Vey has impressed early, tallying 2 goals and 5 points in just three games this preseason and has even spent some time on the first unit powerplay. While it’s probably not appropriate to proclaim him the second coming, he is likely a lock to make the Canucks starting roster for opening night in Calgary on October 8th. Desjardins and Co. are trying out Vey on the wing against the Oilers, demonstrating further the confidence they have in the 22-year-old.

One small worry is that Vey is switching digits from former Canucks power forward Todd Bertuzzi’s #44 to former Canucks body injury David Booth’s #7. Please, please be more like Brendan Morrison or Cliff Ronning… or a beautiful combination of both.

By the way, Ben Kuzma’s piece on Vey and his brother is a must read.

It’s probably an exhausted narrative, but I’m going to continue with it anyway. What’s the point of sending Bo Horvat back to the CHL London Knights? He’s done everything he can in junior hockey and is likely ready to make the jump to the pros. Who cares if he is 19? With a disturbing lack of youth on this team, I’d like to make a motion to keep the kid.

An injury (however minor) to Brad Richardson is a good example of why keeping Horvat around is a good idea, at least for the first 9 games of the regular season. While the kid line experiment (Horvat, Shinkaruk, and Jensen) didn’t exactly work out (3 shots and limited offensive zone time), Horvat was solid in spot duty and didn’t look noticeably out of place, which is actually a compliment for such a young player. All those in favour of keeping Horvat on the Canucks roster, raise your hand. Okay, it’s settled. He’s staying.

While Desjardins did say that Brad Richardson and Zack Kassian were progressing well (and they did skate yesterday), they’ll sit out at least one more game. The prognosis wasn’t as positive on Frank Corrado, who took a rough shot on Monday against the Coyotes and looks like he’ll be “out for a little bit“, according to Desjardins. The Sedins and Vrbata won’t travel to Edmonton to allow some other players an opportunity to make an impression and Eddie Lack is slated to make the start in Edmonton, with Miller backing up.

Without the Sedins and Vrbata (or Richardson and Kassian), fans and coaching staff alike should get a real taste of the Canucks depth, or lack thereof. However, starting backup Eddie Lack should compensate for that. The Oilers haven’t been good in a long time, but are being picked up as a popular dark horse/upstart team in the Pacific. I’m not buying it, and I think the Canucks roll through Rexall Place like… like… Rick Rypien through Zack Stortini’s face.

RIP to the best featherweight/flyweight/middleweight fighter of all time.