On a night when the Canucks will honour Gino Odjick, Vancouver has an opportunity to lock up home ice advantage for at least the first round of the playoffs against the woeful Oilers.

It is the final evening of the 2014-15 regular season and with a playoff spot clinched, all that is left to do for the Canucks is ensure home ice advantage against their first round opponent, the Calgary Flames. The Flames punched their ticket with an inspired win against the Los Angeles Kings on Thursday evening. Vancouver was also in action on Thursday, dispatching the Arizona Coyotes easily by a score of 5-0.

On Fan Appreciation Night, the Canucks will also have a special tribute to one of the most beloved players in the franchise’s history, Gino Odjick. 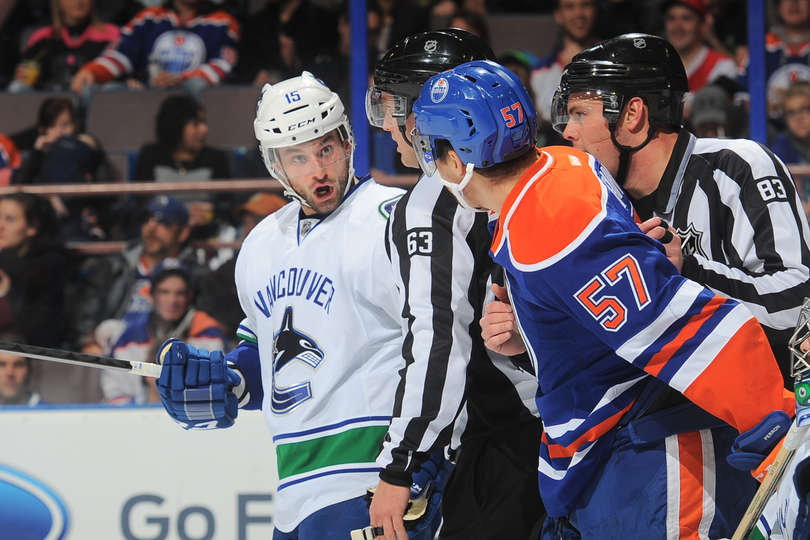 The Edmonton Oilers did a favour for every playoff hopeful in the Western Conference, beating the Kings by a score of 4-2 on Tuesday. Many, including myself, figured the Kings would battle down the stretch and squeak into the postseason before mowing down the opposition in a best-of-seven series. Well, that was not to be.

The hapless Oilers will finish 28th in the league and have an outside shot in the McDavid/Eichel sweepstakes. Before then, they have to finish off their season against the Canucks. Oddly enough, this is the first time these teams have faced off since November 19th, when the Canucks won 5-4. 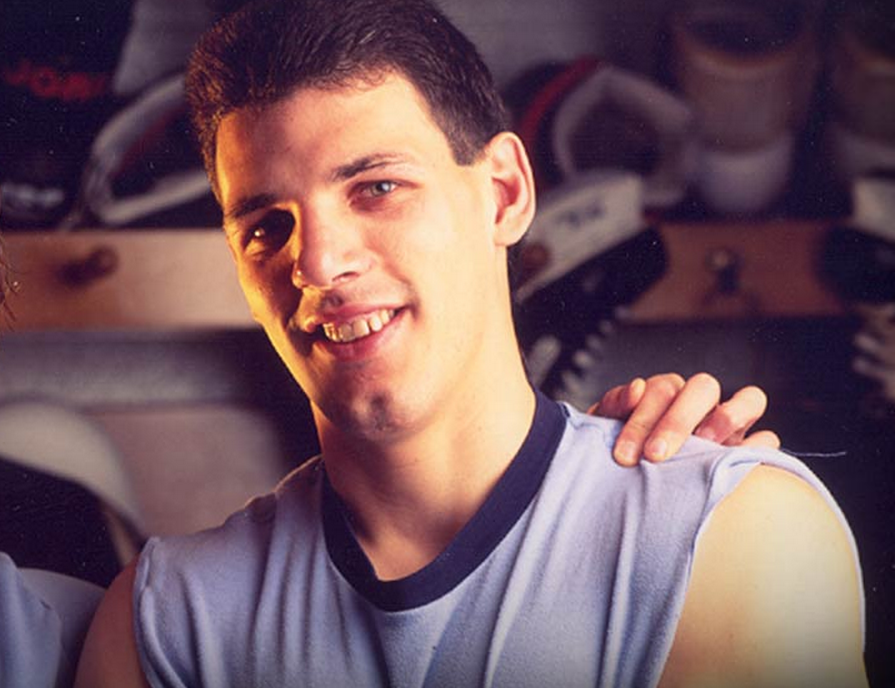 Known for battling opponents with incredible ferocity, Odjick has been battling AL amyloidosis since roughly this time last year. It’s never nice to hear of such beloved figures being afflicted with terrible diseases, and this one hits close to home for many. From 1990 to 1998, Odjick played 444 games with Vancouver amassing nearly 2300 PIM as the Canucks’ de facto enforcer and protector.

More than that, Odjick was an excellent ambassador for the team to fans, as well as First Nations in Vancouver and his hometown of Maniwaki, Québec. While he continues to battle hard, there is no doubt he will be applauded at length tomorrow and continue to have the support from the entire community. He remains one of the most beloved Canucks of all time.

It appears as if Willie Desjardins wants to get a look at Ryan Miller before the playoffs start. Obviously, there is no word yet on who will play in Game 1 against the Flames, but it isn’t the end of the world to have Miller play a game before the postseason grind revs up.

Desjardins: "We have to have two goalies going into playoffs" – Miller will start vs Oilers. https://t.co/MK14jgKWBp pic.twitter.com/gb0GPeHPHf

Sure, there will be widespread panic on Twitter with regard to Vancouver’s starter going forward. After all, this is the Canucks we’re talking about. However, giving Eddie Lack a night off after a demanding stretch of starts can probably only help and allowing Ryan Miller some game action will undoubtedly be a good thing.

Once a team makes the playoffs, expectations change dramatically. The Canucks will face-off against the Calgary Flames in the latest incarnation of a fairly storied playoff history between the two clubs. In recent years, the Canucks have absolutely dominated the Flames, but the slate will be wiped clean and it’s simply the first team to 4 wins that will advance.

One key matchup to pay close attention to is the special teams battle. The Canucks, with their recent hot streak on the power play, have vaulted to 8th in the league in that category while maintaining their high standing (2nd) in the league with regard to penalty killing. The Flames are respectable 13th with the man advantage, but a subpar penalty kill could be exposed. They rank 22nd in the league and only the New York Islanders are worse among teams that have qualified for the playoffs. The Canucks’ power play could be getting hot at the optimal time.

Ryan Miller will make his long awaited return to the lineup against the Oilers. It is unclear whether Shawn Matthias will draw back and if so, who will come out.

Stay tuned to the Game Day Report for any changes made after the morning skate.

It will be interesting to see if the Oilers can play spoiler again tonight. However, it remains to be seen which team the Oilers want to assume that role against. If they beat the Canucks, they’ll deal a blow to home ice hopes. On the other hand, if they lose, they’ll deal the Flames a shorthand and who knows with the ‘Battle of Alberta’. I think the Oilers will probably play an energized game, but the inspired Canucks will be too much and put them away by a score of 5-2.

On another very special note, tonight will be the last game for the famous Canucks Green Men. Two of the most entertaining (annoying, if you ask anyone outside of Vancouver) fans in the game, they will be sorely missed. That doesn’t mean we can’t appreciate their antics one last time.