With 12 games left in the regular season, the Canucks’ chance of clinching a playoff spot is looking grim. Having the last couple months clouded by Kesler’s headline making rumors, injuries and bad luck plaguing the lineups, and naming the arguably unprepared Eddie Lack as their #1 in net, support for the ‘Tank Nation’ movement (i.e. hoping for a high draft pick) may be all we Canucks fans have left. Still, being an optimist, I wonder if they can finish their road trip on a positive note with a St. Patrick’s Day tilt against the Tampa Bay Lightning.

The Canucks gave up the first goal (again), only this time they responded quite nicely with two quick goals to close out the first period. Dan Hamhuis scored on a double deflection goal, and then Nicklas Jensen scored another quick release goal, beating Roberto Luongo on the low glove side.

The second period was scoreless and relatively uneventful, apart from a scary moment where it appeared Eddie Lack may have been injured.

The third period quickly became the Alex Edler show. After a brutal giveaway to allow the Panthers to tie up the game at 2, he then had the primary assist on the Burrows power play goal. Everything was going swimmingly until Edler took a penalty with under two minutes left, which led to the tying goal that forced overtime. Edler’s penalty and the Panthers third goal left me and I’m sure some others looking like this: 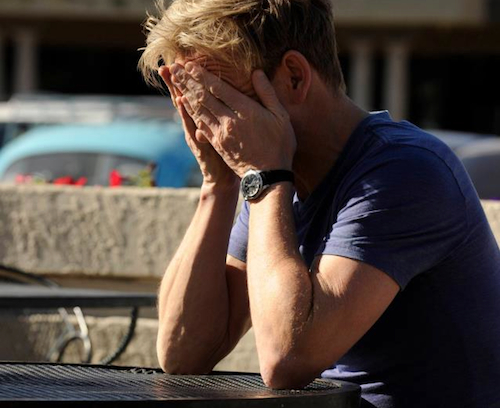 The Canucks won the game in the shootout, with Nicklas Jensen emerging as the hero. Roberto Luongo remains winless in his career against the Canucks. It was nice to see Alex Burrows (1G, 2A) and Henrik Sedin (2A) finally having multi-point games.

The Tampa Bay Lightning looked to be in trouble when Steven Stamkos broke his leg in November, but they have been quietly putting together a fantastic season. Currently sitting in fourth in the Eastern Conference, and with Stamkos returning to the line-up in early March, it is a safe expectation that they will make the playoffs and could make a serious run. Stamkos’ linemate Martin St Louis is gone, but the man he was traded for appears to be hitting his stride, with 3 points in the last 4 games. 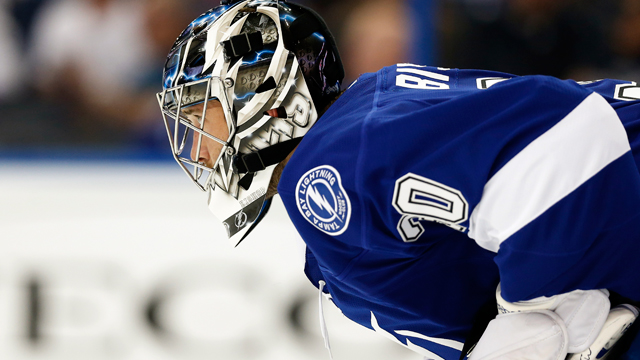 The main reason for their success has been the goaltending of Ben Bishop. Bishop is in the top 5 of the NHL for goals against average, save percentage, wins, and shutouts. Acquired last year at the trade deadline for Cory Conacher, Bishop has been one of the best pickups by any team over the past year.

I don’t expect any line adjustments or changes from the afternoon tilt versus the Florida Panthers. Ryan Kesler and Daniel Sedin are still out for some time with leg injuries, and Brad Richardson is still day-to-day with an unknown ailment. Eddie Lack should make the start in goal as Tortorella still may not have enough confidence with Markstrom in net (as always, we will update the lines after the morning skate). Here’s how the lines might look:

1.  Who are these Tampa Bay Lightning?

With Vincent Lecavalier and Martin St Louis moving to other teams, the Tampa Bay Lightning are led by Steven Stamkos, but the remainder of the roster is filled with relative unknowns. Ondrej Palat? Tyler Johnson? Radko Gudas?

The Lightning farm team in the AHL, the Norfolk Admirals, won the Calder Cup in 2012 led these players and they have all made the transition to the NHL. Although they may not be household names, they have great team chemistry and bring a lot of undeniable talent to the franchise.

As a bit of a prospect nerd, it’s nice to see players that I have followed see success in the NHL. Nicklas Jensen seems to be adapting to the NHL quite nicely, notching 3 points in the last 5 games since being called up. Mike Gillis has stated multiple times that the Vancouver Canucks need to get younger in order to remain competitive next year and I think Jensen will be at the forefront of this youth movement. Hopefully he can continue his hot streak and remain with the Canucks for the rest of this season.

3. Will Markstrom get a start this year?

I think John Tortorella is uncertain about what he has in Jacob Markstrom. I fear that they may be overplaying Eddie Lack, which could lead to an injury. As a member of Tank Nation, I don’t see the sense in denying the newly acquired Jacob Markstrom in a back-to-back situation. Once the Canucks are mathematically eliminated from the playoffs, I wouldn’t be surprised that we will see Markstrom in some games and at this point the Canucks being eliminated is just a matter of time.

I just can’t see the Canucks winning second half of a back-to-back game against the Lightning, who are a strong home ice team. The Canucks will lose 4-1.