The Christmas break cannot come quick enough for the Vancouver Canucks, but there is one more game to take care of first. The Canucks visit the unfriendly confines of Amalie Arena for a tilt against last season’s Stanley Cup finalist, the Tampa Bay Lightning.

The Canucks are facing a Tampa Bay Lightning team that is facing some serious adversity. The Bolts are dealing with life after losing in the Stanley Cup Final and constant questions about the contract status of Steven Stamkos.

Despite questions surrounding on whether or not both Stamkos and the Lightning are committed to each other beyond this season, Stamkos leads the Bolts with 25 points in 34 games. Victor Hedman continues to be an absolute beast on the blueline and is solidifying himself as one of the hockey’s premier defencemen.

The Lightning currently sit 6th in the very tough Atlantic Division, with 37 points. The Canucks, by contrast, are 3rd in the Pacific Division with only 33 points. Talk about two teams facing different realities.

The Canucks lost 5-4 in a shootout to the Florida Panthers on Sunday afternoon in a game in which both the Canucks and Panthers played borderline pond hockey. No defence, lots of goals, and a Canucks result that has been seen a lot this year.

The Canucks lead the league in one category: loser points!

The Aleksander Barkov shootout goal (which really was insane by the way) is exactly the kind of big game moment that the Canucks have been missing all season with the extra point on the line.

Yes, the Canucks have managed to win a few shootouts this year, but they are an absolute disaster at 3-on-3 overtime. On Sunday afternoon, the Florida Panthers toyed with the Canucks in OT. It seriously looked like NHL players playing against a Bantam team. The Canucks were outshot 8-1 in OT and, due to a few miraculous saves by Ryan Miller, made it to the shootout hoping for at least a chance to gain that extra point.

That didn’t work either.

At this point, the Canucks should do anything and everything to get a win or lose in regulation. There is obviously very little chance of them getting the win in OT and these loser points are killing their chance at a full blown tank. 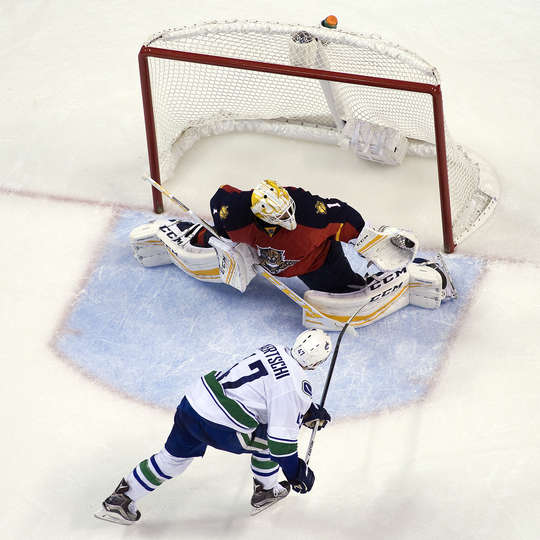 Sven Baertschi is starting to show flashes of offensive ability of late. Baertschi scored a beauty of a goal, his 4th of the season, late in the 1st period on Sunday against the Panthers. It seems Willie Desjardins has also noticed this as he even gave Baertschi a chance on the shootout.

Baertschi has now scored in consecutive games and needs to continue to produce if the Canucks are going to resemble anything close to a playoff team by the end of the season. To anyone who is watching, Baertschi’s skill is obvious.

As with most young players, gaining consistency is the hardest skill of them all to master.

How do you get the Canucks into the Christmas spirit? You get our own Clay Imoo involved.

Jake Virtanen and Ben Hutton star in a Christmas Rap for the ages. Nice hat Clay!

The Canucks have recalled Joe Cannata from Utica, with Ryan Miller out of the lineup with what the team is still calling “cramping”. He’ll back-up Jacob Markstrom tonight.

Henrik Sedin participated at practice today and will play.

Henrik Sedin says he's in and feels "100 per cent" #Canucks

Chris Higgins missed practice this morning and it sounds like he could miss tonight’s game. If he does, Linden Vey could draw back into the lineup.

Look for the Canucks to mail this one in and get beaten fairly badly. This is a team that has been on the road for far too long and they honestly could use a break. The Canucks lose 5-1 and can’t leave Tampa Bay quick enough. 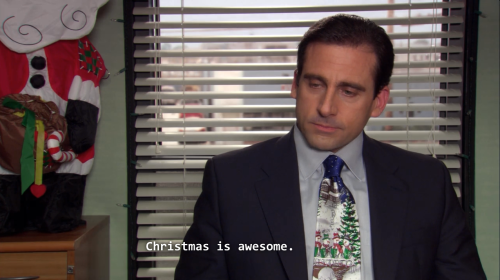