The Canucks are coming off a horrific loss against the Anaheim Ducks and it doesn’t get any easier Tuesday night as Vancouver plays the second half of back-to-backs against the Los Angeles Kings.

This pretty much summed up the game against the Anaheim Ducks on Monday night:

I guess I'll watch the third period of Canucks-Ducks. It's that or go to bed. And my bed has cobras.

At least it's better then this guys! #Canucks pic.twitter.com/ttug62fBif

Fortunately, the Canucks have a chance to redeem themselves quickly as they take on the Kings. Unfortunately, the Kings have really turned the season around after their terrible start and are currently sitting pretty in first place in the Pacific Division, one point up on the San Jose Sharks.

If last night’s game is any indication, it’s going to take a monumental effort from the Canucks to even compete against the Kings as the team seems tired from all the road games that they have been accumulating over the past couple of weeks.

I’m just saying be prepared for another long night.

McCann the only Canuck with a pulse apparently. He slashed and hit everyone in sight on that shift..

As I may or may not have alluded to a couple times already, the game against Anaheim was just a pathetic showing from the Canucks.

From start to finish, the Ducks were able to walk all over Vancouver and there was little to no pushback until the game was already completely out of reach. The fourth line was especially terrible, doing nothing in a game where Anaheim frequently targeted Ryan Miller and the rookies.

What's the point of Brandon Prust?

But hey, at least we know that Brandon Prust hates Skinny Jeans.

I hope the Canucks realize the physicality of Monday’s game will be a cake-walk compared to what’s waiting for them at the Staples Centre in Los Angeles. 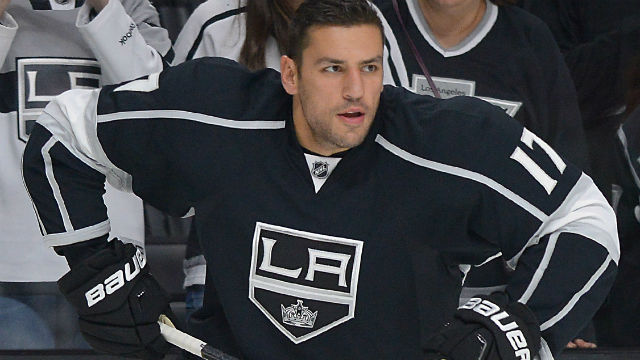 2. Be Patient with Bo 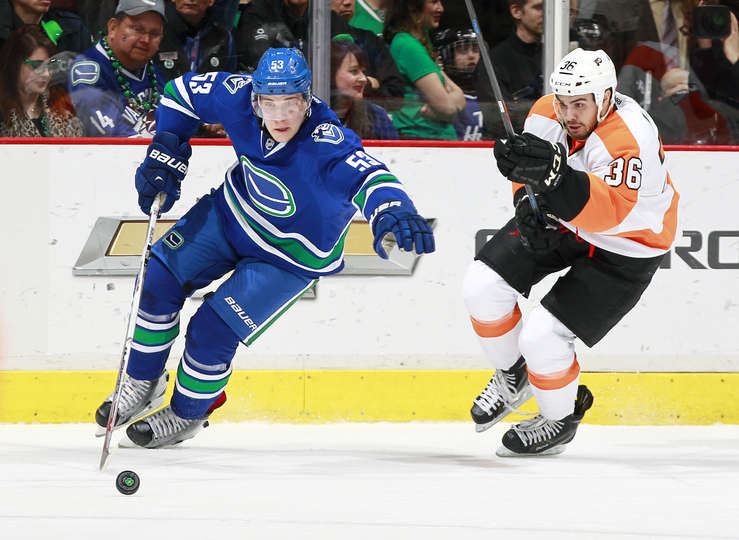 Let’s be honest with ourselves. This season isn’t exactly going places.

Sure, the Canucks MAY slip into the playoffs when it’s all said and done, but their chances of  actually doing anything noteworthy are pretty low.

(Now watch as the Canucks go on a massive run…)

Anyways, the point of this pessimism is that I’m seeing a lot of people getting down on Bo Horvat as his mistakes are becoming more frequent and more devastating.

Remember when Horvat was good?

But Horvat is also having to spend the majority of the game in a defensive role, learning how to handle the league’s best players. Don’t expect miracles because they aren’t happening. At least not this year.

Personally, I would rather Bo Horvat learn the defensive responsibilities in a season that, quite frankly, isn’t about the present. It’s about the future. These mistakes are a lot easier to digest when they don’t matter as much in the long run.

It will all pay off in the end.

Well, Ryan Getzlaf definitely took out Jake Virtanen (and almost Jared McCann) who may miss some games with injured ribs.

Coincidence that Getzlaf injures the Canuck with the nicest hair? I think not. @passittobulis pic.twitter.com/ibm3Z3DMQ5

The Canucks already have Sven Baertschi ready to go, sitting in his stall, with those big puppy dog eyes that are just begging Willie Desjardins to let him play another game.

Or, if Virtanen is out for a little while, the Canucks could try to bring up someone that’s actually earned an extended look.

Say, Hunter Shinkaruk who is adding some assists to his already impressive goal scoring down in the American Hockey League?

Or maybe Alex Grenier, who had an impressive showing against the Winnipeg Jets a couple of weeks ago before being dumped back into the minors.

Ah, what’s the point. Even if they do bring someone up, they’ll just end up playing on the fourth line with Prust and Dorsett anyways.

With Virtanen out with an upper-body injury (although I’ve read somewhere that ribs are in the mid-body), look for Sven Baertschi to draw back into the lineup.

The rest of the lines should remain the same unless there are any more injuries from last night which, let’s be honest, is a distinct possibility.

Jacob Markstrom should be getting the start for the Canucks.

*Update: Alex Biega has been recalled, which indicates that a defenceman (possibly Chris Tanev) is injured. Andrey Pedan is already up with the team, so he’s the most likely to slot in. Chris Higgins also missed practice, and it’s uncertain whether or not he’ll play. He looks like he’ll be a game time decision.

All players on the ice for morning skate in Los Angeles except Higgins and Virtanen. pic.twitter.com/fj4HkjwnKS

I’m not overly optimistic about the Canucks’ chances tonight.

Forget the fact that Vancouver is playing the second half of their back-to-back games in California. Let’s also choose to not remember how bad they looked against the Ducks, who ran them into the dirt on Monday night.

Sure, you can argue that the Canucks will be pissed off after such a lame effort. But considering they let Anaheim curb-stomp them without any consequences, I can’t see them using Monday night’s game as motivation.

The Kings are, to put it lightly, a much better team than the Canucks and have been on a roll since starting the season 0-3.

Kings win 3-1. The only reason it’s close is because of Jacob Markstrom.