The Canucks have played their final road game of the season and will begin a three game homestand tonight that they hope leads them to the playoffs with a game against the charging Los Angeles Kings.

For much of the last couple weeks, the Canucks have somehow kept themselves just out of reach of the playoff race between the Kings, Calgary Flames, and Winnipeg Jets, but Vancouver is very much a player now. This contest against the Kings could establish the pecking order come playoff time and the Canucks will have their say as they face-off against Los Angeles tonight. 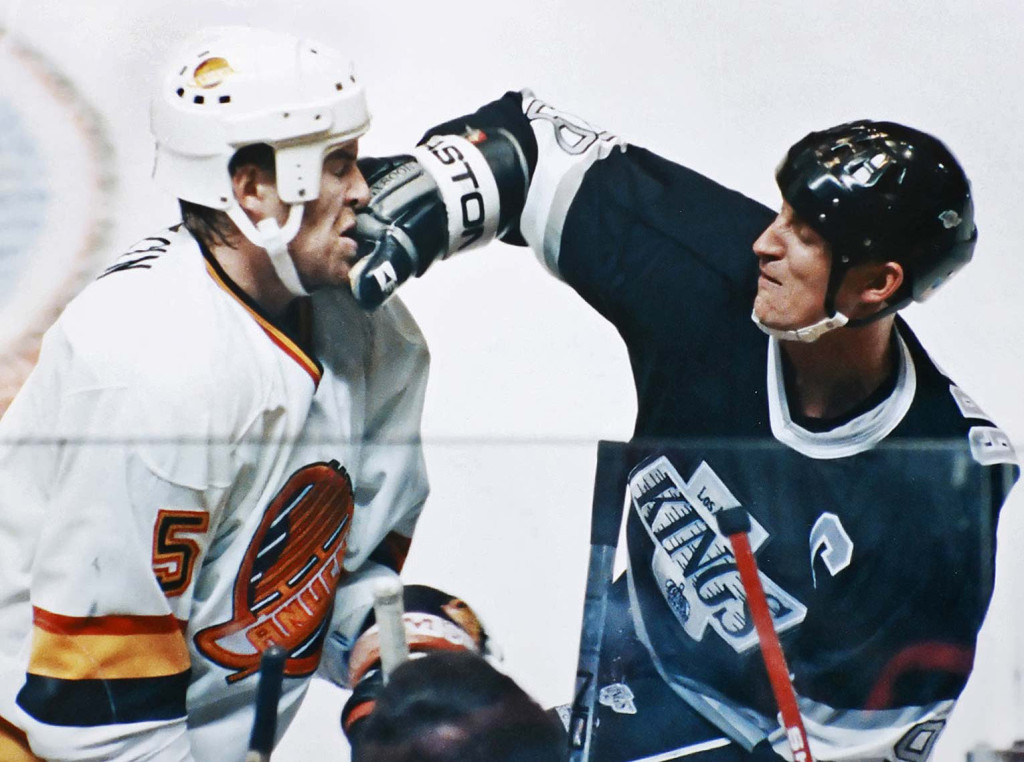 The Los Angeles Kings are the team nobody wants to play come playoff time and it is not hard to understand why. Two years ago, the Kings knocked off the Presidents’ Trophy winning Canucks in the first round as an 8th seed on their way to winning the Stanley Cup. Last year, they entered the postseason as 3rd seed in the Pacific Division and proceeded to win the Cup for the second time in three years. Basically, whenever the Kings get in, they make noise. The Canucks can do their part to ensure they don’t open the playoffs against Los Angeles by winning tonight and denting the Kings playoff run. 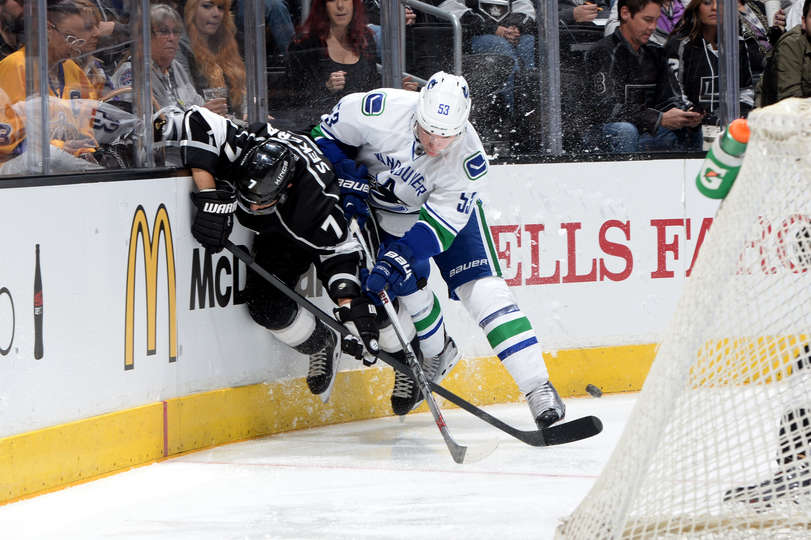 Vancouver holds the tie breaker among all four teams right now the most wins in regulation or overtime, but nobody is hoping it comes to that. With just three games left, and two of those against serious basement dwellers, the outlook is optimistic for Vancouver fans. However, not many are comfortable relying on wins against Arizona and Edmonton to clinch a playoff spot. A win against the Kings would be great, not only for the confidence of this Canucks team, but for playoff matchups.

In the next four games, Los Angeles will play Vancouver, Edmonton, Calgary, and San Jose. Calgary will finish off the season against Arizona, Los Angeles, and Winnipeg, and the Jets will end the regular season playing Minnesota, St. Louis, Colorado, and Calgary. Surmise what you will.

It hasn’t been smooth sailing for Eddie Lack as of late and the return of Ryan Miller to practice only makes things more interesting. In Lack’s last five games, he’s allowed 17 goals. That’s not good enough to qualify for a playoff spot, and it is certainly not good enough should the Canucks make it into the postseason.

With Miller returning to practice, the conversation has suddenly becomes quite interesting. Initially, folks paying close attention to the team were wondering when the coaching staff would give Eddie Lack a break down the stretch. Jacob Markstrom should be able to step in and provide adequate goaltending, but Willie has stuck with Lack through thick and thin. Lack will start tomorrow night and depending on the result, could make it ten games in a row to finish off the season. If Lack’s play does not improve, you’re sure to hear rumblings of the somewhat “early” return of Ryan Miller.

The Canucks have apparently found some kind of rhythm with the man advantage and while it may not be paying dividends in the last couple games, nobody can deny this is a better team when the power play is clicking. The Sedin twins become more involved and significantly more impactful, there is less pressure 5-on-5, and special teams are not the energy and momentum vacuum they were earlier in the season.

Tonight’s affair is sure to have a few dustups and if the Canucks find themselves the beneficiaries of a few ignorant Dustin Brown cheap-shots, they’ll have to take hold of those opportunities.

While Eddie Lack and Luca Sbisa had a maintenance day yesterday, they’ll both likely slot in tonight. After being healthy scratched on Saturday, it remains to be seen if Ronalds Kenins will get back into the lineup.

Stay tuned for any changes after the game day skate.

For too long, the Canucks have sat on 95 points. It seems like months ago they beat the Kings in a 4-1 on the road. Vancouver can start off their season-ending homestand emphatically with a win and I’m predicting just that. Los Angeles may be desperate, but I believe the Canucks will play a solid game and come away with a crucial two points. I’ll take Vancouver by a score of 4-3 in overtime. Radim Vrbata will get the winner and fans will be able to smell a playoff spot.