The Canucks have managed to put together some crucial wins in the last 8 games, with only a couple of hiccups. A three game homestand starts tonight against a scrappy Winnipeg Jets team that is fighting tooth and nail for a playoff spot.

The Canucks are by no means guaranteed a berth in the postseason, but their recent string of wins has certainly improved their odds. The only way to ensure Vancouver plays meaningful hockey into the latter half of April is to keep winning games, especially against teams like Winnipeg that are just below them in the standings and vying for the hotly contested wild card spots. Go for the jugular! 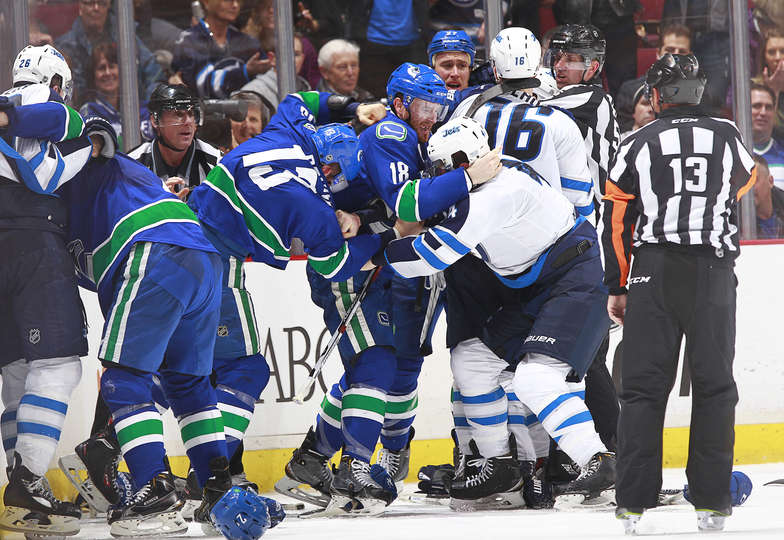 The last time these two teams met, the Canucks skated to a 3-2 OT win with Luca Sbisa notching the game winning goal. It was a fairly emotional game for two teams that don’t meet often, with a total of 46 penalty minutes being recorded.

In an all too familiar scene, the Canucks failed to convert on any of their six power plays, as well. If Vancouver is going to have that many chances again, they ought to take advantage of a few of them and make it three straight games with a power play goal.

1. Eddie Lack Is Back 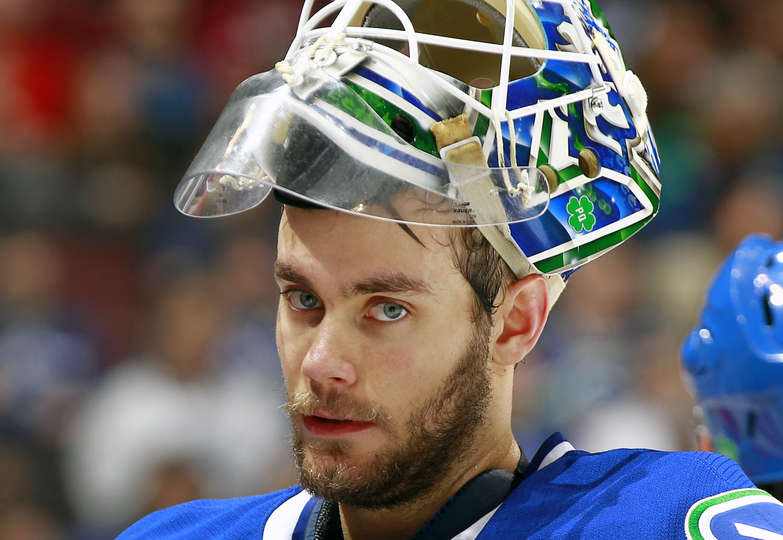 After getting some much needed rest on Sunday evening, Eddie Lack will be back between the pipes against the Winnipeg Jets. Much has been made about the young Swede’s resurgence and it can’t be overstated how important his play has been to the Canucks since Ryan Miller went down with an injury. In what can only be described as the exact opposite of last season, Lack has been sensational for the Canucks and given them an opportunity to win almost each and every night.

Apart from an off-night against Columbus last week, Lack has allowed more than 2 goals just once in his last nine games (he allowed 3 in the loss to Los Angeles). Strangely enough, those two games are the only losses the Canucks have in their last nine. It’s a simple, but telling statistic that shows just how important Lack is to this team.

The Winnipeg Jets are playing their second game in as many nights, and it would benefit the Canucks greatly to bring a solid effort in the opening shifts of the game. After a bout with the lowly Edmonton Oilers, the Jets flew into Vancouver last night and will likely not skate this morning. The Jets are actually pretty good at landing at least one point on the second of back-to-back games, going 3-1-3 so far this season. One of those overtime losses was the 3-2 decision to the Canucks.

Vancouver would love to start the homestand on a positive note and with the confidence around the locker room right now, there is no reason to believe they can’t tonight. Looking ahead (which is dangerous at this time of year), contests against Colorado and Dallas will round out the stay in Vancouver, before the Canucks head out for a very difficult stretch, playing the Blues, Predators, Blackhawks, and Jets again on the road. Now is the time to pick up points and stake yourself to a decent lead in the Pacific Division.

In September of this year, Canucks fans and critics alike were rightfully pessimistic heading into the 2014-2015 season. The back-end of last season had been a disaster, the Canucks had cleaned house with regard to management and coaching staff, Ryan Kesler was gone, and there was yet another different goalie between the pipes.

However, nobody seemed to have told the players this. Many pundits saw them missing the playoffs or barely grabbing the final wild card spot. I, for one, predicted the latter in Vancity Buzz’s preseason preview. As is expected, the team has been under a microscope all season and criticized at any perceived wrong turn, but one would be incorrect in saying this season has been anything less than a pleasant surprise. That being said, with their current situation comes raised expectations. Time will tell whether the Canucks can again rise to the occasion.

Zack Kassian and Brad Richardson did not make the recent road trip, so it is unclear whether they will be back in the lineup tonight. One would expect Willie Desjardins to put Ronald Kenins back in the lineup as well, especially against a team like the Jets. Eddie Lack will also start after getting the night off in Arizona.

Be sure to stay tuned for any changes.

*Kenins will be playing tonight*

The Canucks have been putting together some impressive efforts against teams in the playoff picture, and Willie Desjardins shouldn’t need to say too much to get the team fired-up for this one. As mentioned, it was a spirited affair in the last game between the two teams, so expect more of the same. I think this one will go the full sixty-five minutes without deciding a winner and I’ll take the Canucks winning 3-2 in a shootout, with Vrbata scoring the deciding goal.