The Canucks return to Calgary for the next instalment of must-win hockey with a massive Game 6 tilt against the Calgary Flames at the Scotiabank Saddledome.

As I walked towards Rogers Arena for Game 5 on Thursday night, the voice in my head logically concluded that the Canucks were going to win the game, but the pit in my stomach felt otherwise. Predictably, the Canucks surrendered an early goal off of a brutal D-zone turnover and Canucks fans watched as Jonas Hiller proceeded to stop shot after shot until this:

Yes, Nick Bonino came out of his slumber to rip a perfect shot past Hiller. Prior to that point, the Canucks had been carrying the bulk of the play, but it just felt like the Canucks had no answer for the unorthodox Hiller. Needless to say, the Bonino goal was a massive turning point in the game. A Daniel Sedin goal early in the 3rd period was all the Canucks needed to secure the win.

The issue with this plucky Calgary Flames team is that even when completely outplayed they always seem to be in the game.

It is amazing how pressure can shift in a playoff series. Until this point, the Flames have been the team playing without worry. As soon as the Flames won Game 1 in Vancouver, the pressure has been on the Canucks.

Game 6 will be the first game where the Flames really have some serious pressure on them. They are expected to win this series now, but know that they really do not want to be flying back to Vancouver for a potential Game 7. As exciting as it must be for these young Flames to envision locking up a series on home ice, it is equally frightening for them to imagine blowing it in front of their home crowd.

Often players won’t give us a glimpse as to what they are thinking, but apparently Mikael Backlund didn’t get that memo.

As if the Flames didn’t already have enough pressure on them.

2. The Disappearance of Radim Vrbata 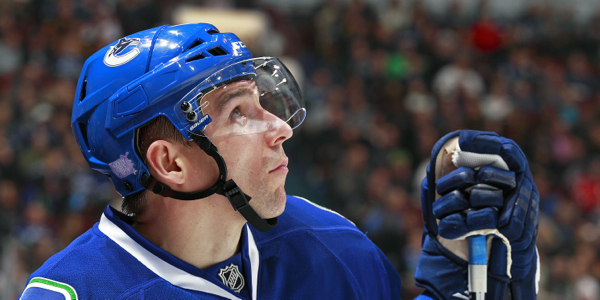 What happened to Radim Vrbata?

Vrbata has pulled a disappearing act in the 1st Round of the Stanley Cup Playoffs for the Canucks. The Canucks need a big game from Vrbata tonight in order get this series to Game 7.

While he provided the important primary assist on Nick Bonino’s game tying goal in Game 5, Vrbata is nowhere near the top of his game. Vrbata had trouble controlling the puck at top speed last game and hit the post in the second on what amounts to a tap-in for him.

3. Ryan Miller To The Rescue 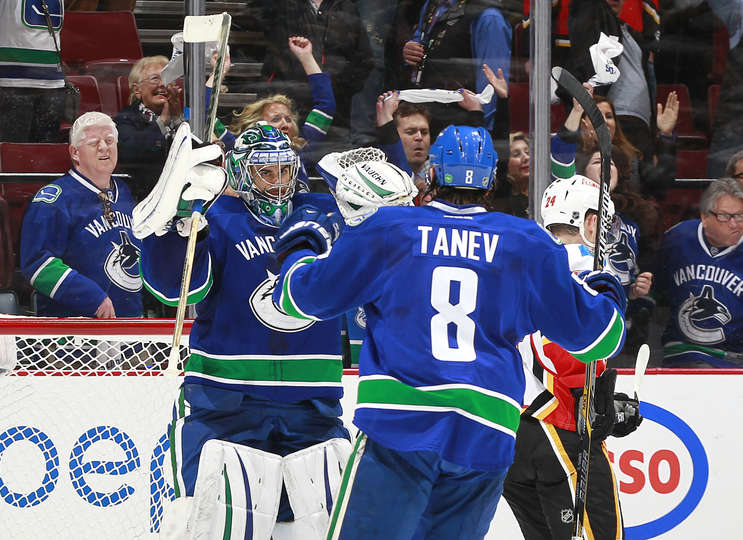 Nothing polarizes Canucks fans more than goaltending. Willie Desjardins made a gutsy decision to go to Ryan Miller over Eddie Lack in Game 5 and the move paid off. Miller has admitted he isn’t 100% healed from his knee injury, but his play in the last two periods of Game 4 and throughout Game 5 has been stellar.

Dave Tomlinson of TSN1040 made an interesting observation regarding Miller prior to Game 5. Tomlinson felt that Miller may be better equipped to help out the Canucks defence in terms of his choices in playing the puck or covering it up. This became apparent fairly quickly as Miller was much more aggressive in moving the puck up ice than Lack had been in the first 4 games of the series. With aggressive up ice puck movement by Miller, the Canucks defence can move the puck quicker and neutralize the Flames hyper-aggressive forecheck.

Watch for Miller to continue this in Game 6.

There is no word from Willie Desjardins if there will be any changes to the Canucks lineup for Game 6. Ronalds Kenins has not played well in the last two games and swapping Brandon McMillan for him may be the one move Desjardins would entertain. As always, we will keep you updated when information is made available.

Here is how the Canucks lined-up last game:

The Canucks are in a must-win situation and the Flames have a boatload of pressure on them to finish off the Canucks in front of their home crowd. Jonas Hiller has been excellent so far in the series, but looks to me to be due for some serious regression. He has got to start playing like the real Jonas Hiller sooner or later. The Canucks score early and often in front of a stunned Flames crowd, take the game 5-2, and happily fly back home for a Game 7.

And the pressure is on.