The Canucks’ toughest early season stretch rolls on. After a miserable game in Los Angeles, there is no rest for the weary as Vancouver takes on another Pacific Division stalwart in Anaheim.

After wins in Colorado and San Jose, and a blowout loss in Los Angeles, the Canucks have a chance to make a couple statements to the rest of the NHL in a test against the Ducks. First, that they’re for real and this start against some weaker opponents is no fluke. Second, and perhaps more importantly to fans at home, that they don’t need some guy named Ryan Kesler to compete against the rest of their division.

After starting the road trip with two wins (one impressive, one not so much), it would be a shame for the Canucks to bring back a .500 record from the excursion. To ensure that doesn’t happen, the Canucks will have to bring their best against the Ducks in a back to back situation that hasn’t been kind to Vancouver so far this season.

In any case, this will be one of the defining games of the early season, and it’s certainly not devoid of storylines… 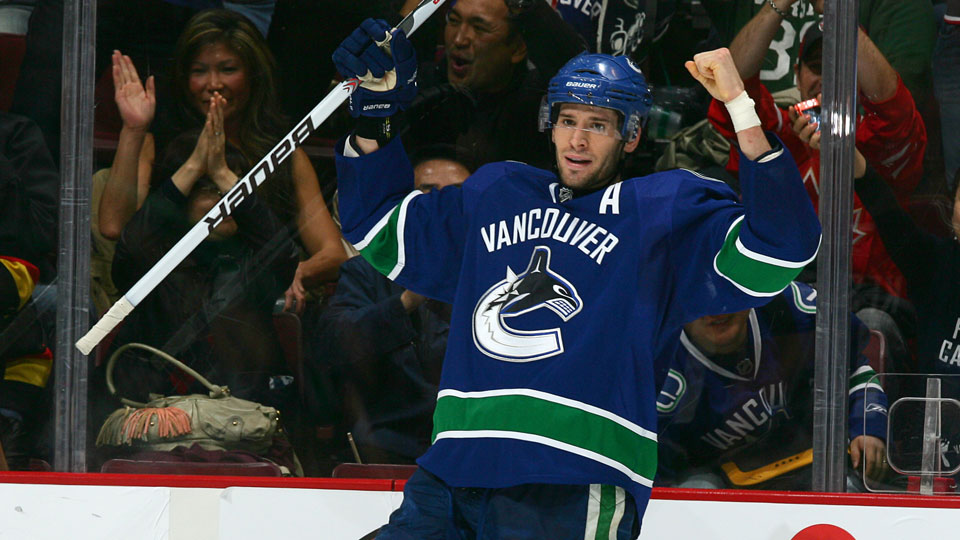 We might as well get it out of the way early, because it’s all anybody is going to be talking about entering tonight’s tilt: this is Ryan Kesler’s first game against the Vancouver Canucks. After being drafted 23rd overall in the 2003 NHL Draft by the Canucks and playing within the organization for 11 years, Kesler (along with a 3rd round pick) was traded to the Anaheim Ducks for Nick Bonino, Luca Sbisa, and two 2014 draft picks (1st and 3rd rounds). It appeared Kesler was a little unhappier than the rest with the Canucks’ lack of success in recent years as he waived his no trade clause for a chance to win the Stanley Cup with the Ducks, something he didn’t think would happen with Vancouver.

Seemingly at odds with the media and looking for a change, Kesler ended up in Anaheim and so far seems to be enjoying success with the Western Conference’s top team. However, and most around the NHL would not have predicted this, the Canucks don’t look like they’ve missed a beat without their Selke Winner and perennial two-way threat. The main piece coming back to the Canucks in that trade, Nick Bonino, has provided excellent secondary scoring with 12 points (7G, 5A) in 15 games and above average defensive play, especially on the NHL’s 6th ranked penalty kill. Just to flog a dead horse, Kesler has 10 points (3G, 7 A) in the same amount of games. Take that for what you will, but it’s nice to see there isn’t a GIANT hole left down the middle with the departure of Ryan Kesler.

2. Back To Back Bummers

The schedule makers made things difficult for the Canucks in the early going of this season. Sure, they may not have known Vancouver would come out flat against the Lightning at Rogers Arena, or that the Avalanche would go postal and score 7 goals. That being said, they must have known this short not-so-California-Dreamin’ segment would be a gauntlet.

In the second half of back-to-back games thus far this season, the Canucks have gone 0-2 and been outscored 11-5. Eddie Lack played in both of those games and did not look good against Tampa Bay, but was truly hung out to dry against the Avalanche. Most would have expected Lack to start again tonight, but with the Canucks backup seeing action in the third period of last night’s game, that may change. We’ll keep you updated in the Lineup section. 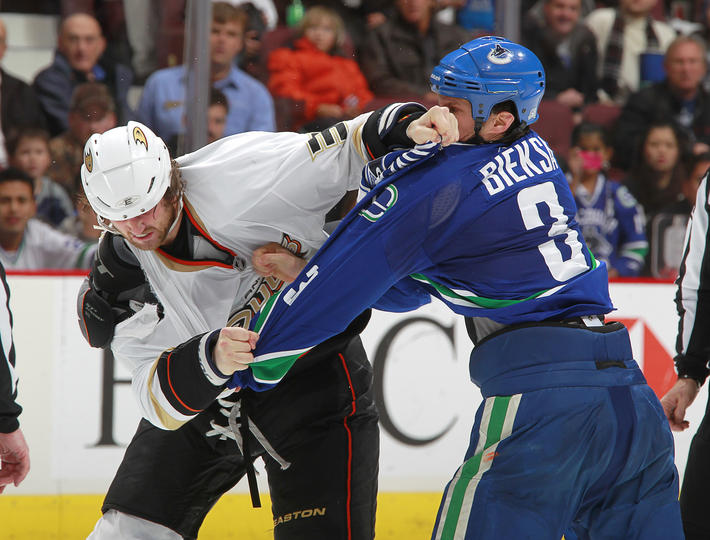 For the first time this season, it appears the Canucks are up against it. They had blowout losses to Dallas and Colorado, but followed up with solid efforts (and, more importantly, wins) against St. Louis and Washington respectively. In this case, Vancouver played a rough game against San Jose and won despite their play thanks to Ryan Miller’s stellar performance. Then a 5-1 domination at the hands of the Kings. To add injury to insult, a trio of Canucks left the game against Los Angeles. Luca Sbisa, Derek Dorsett, and Radim Vrbata left the game and did not return.

This all adds up to the most adversity the Canucks have faced thus far this year. Willie Desjardins has been lauded early in the year for the surprising success Vancouver has enjoyed. However, it’s in times like these that coaches make their money. It’s all well and good when the team is winning, averaging 3 goals a game, and healthy. Can Wilbrod turn this tough break into a couple points the road? We’ll see, I guess.

Zack Kassian has been sent back to Vancouver for further treatment, but LA took more than 2 points from the Canucks. Derek Dorsett, Luca Sbisa, and Radim Vrbata left the game and did not return. As a result, Niklas Jensen is likely to slide in and get his first taste of the 2014-2015 regular season. Eddie Lack is likely to get the start in goal.

Brandon DeFazio has also been recalled in an emergency role:

F Brandon DeFazio will be airlifted in from Utica in case he is needed by Canucks SUN vs Ducks. Vrbata could play, Dorsett unlikely.

Well, it’s hard to believe there is any reason why the Canucks can win this game. The Ducks are the best team in the West and for the reasons illustrated above, the Canucks are on their heels. That’s why I’m going to pull a Costanza (see below) and pick the Canucks. Anaheim has been afflicted with injuries of their own. The flu bug has gone through the Honda Center and Cory Perry is unlikely to play. Canucks win 4-1, with Kesler scoring the only Ducks goal, and Nick Bonino scoring a goal and adding an assist.