Fresh off their come-from-behind victory against the reeling Sharks, the Vancouver Canucks are back in the friendly confines of Rogers Arena and ready to welcome back the Anaheim Ducks for their final battle of the season.

Monday night will be yet another gigantic game for the Canucks in their quest to take hold of a Western Conference playoff position.

Vancouver did themselves a huge favour by beating San Jose on Saturday night. Not only did the victory put themselves a couple of points above the Calgary Flames, but it also buried the Sharks even further down the Western Conference standings. Not to say that San Jose is completely out of the race, but with only two games left against teams they are trying to leap frog, things are looking pretty bleak for the Sharks.

With only 17 games left in the season, the Canucks will need to start stringing some wins together to further solidify their position in the West. And although the Canucks are currently sitting at a 92.2% chance at making the playoffs according to Sports Club Stats, things can change very quickly in the Western Conference.

Is there any logical reason why the Anaheim Ducks aren’t wearing these jerseys full-time? I’m asking on behalf of everybody…

Anyways, jersey selection aside, the Ducks are having an exceptional season like many pundits predicted. Sitting at the top of the league, Anaheim is carried by their offence (a +14 goal differential suggests that the number one team in the league relies a little too much on their scorers) that’s led by Ryan Getzlaf, Corey Perry, and of course, our good friend, Ryan Kesler. 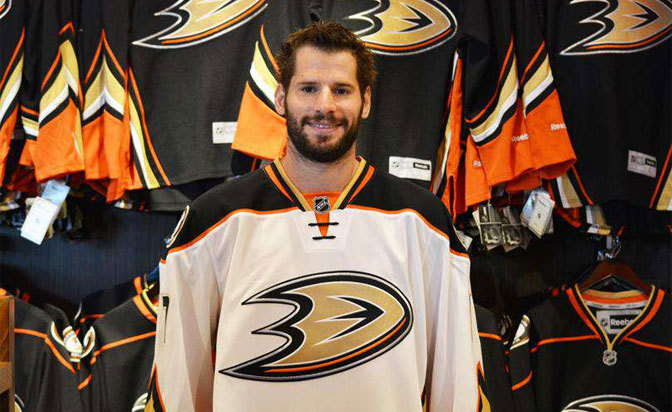 Ryan Kesler is having a very Ryan Kesler-like season (I have no idea why I haven’t been picked up by Sportsnet with that kind of expert analysis).

Although he may not be the 40 goal scorer he was with the Canucks a few years ago, Kesler is the second line pivot on the NHL’s top team so it’s pretty hard to argue with the results. His 17 goals and 24 assists are pretty solid production for any second line center in this league.

Considering the Canucks don’t have much in the way of a second line center, Kesler will likely be a key component in the outcome of the game. Hopefully we get to see Bo Horvat draw the Kesler matchup so Canucks fans can witness the future take on the past.

And hopefully throttle the past. 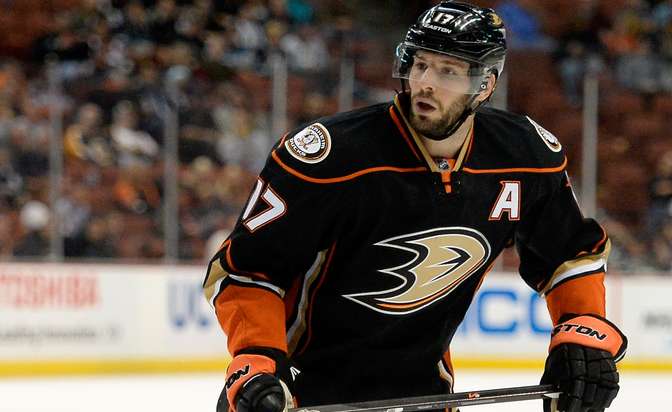 I say that for no other than reason than I cannot stand it when Ryan Kesler plays well against Vancouver. Since he left the Canucks because he didn’t want to go through a rebuild, I would like nothing more than Vancouver to prove to him that he jumped the gun on that one.

It’s not that I wish him any ill-will now that he has moved on to greener pastures in Orange County, it’s just that I can’t stand the way he has gone about his transition to the Anaheim Ducks.

Kesler claims to have made the move to the Ducks for all the right reasons, whether it be for family reasons or just to play on a competitive team. The problem is that most of what he says appears to be complete crap.

As usual, Jason Botchford of the Province says in best in the latest edition of the Provies:

Not a word on what happened in Sochi; why his “A” was stripped; why Vancouver teammates didn’t want him back when Benning considered forcing him to stay until he got the right deal; why he took Pittsburgh off his list; why he would only go to Anaheim or “Chicago” (which wasn’t interested).

I think everyone in Vancouver would love to hear Ryan Kesler address some of these issues.

It’s hard to believe that there was such an uproar over the benching of a fourth liner (or is it third liner…) but that’s the effect that Ronalds Kenins’ play has had on Vancouver.

Did Ronalds Kenins ever strike you as a guy that needed tough love via a healthy scratch? Just so confusing.

Considering Kenins was only benched for what appears to be one game, it looks like coach Willie Desjardins was simply trying to send a message to the rookie that inconsistency will not be tolerated. Unless you played in Medicine Hat. Then go nuts.

But based on the line rushes from Sunday’s practice, it appears we will see the reunited Kenins-Horvat-Hansen combination that has been dynamite since the all-star break.

And if there is one line that can really piss Ryan Kesler off, I’m betting it’s this one.

3. When Does Markstrom Get a Game? 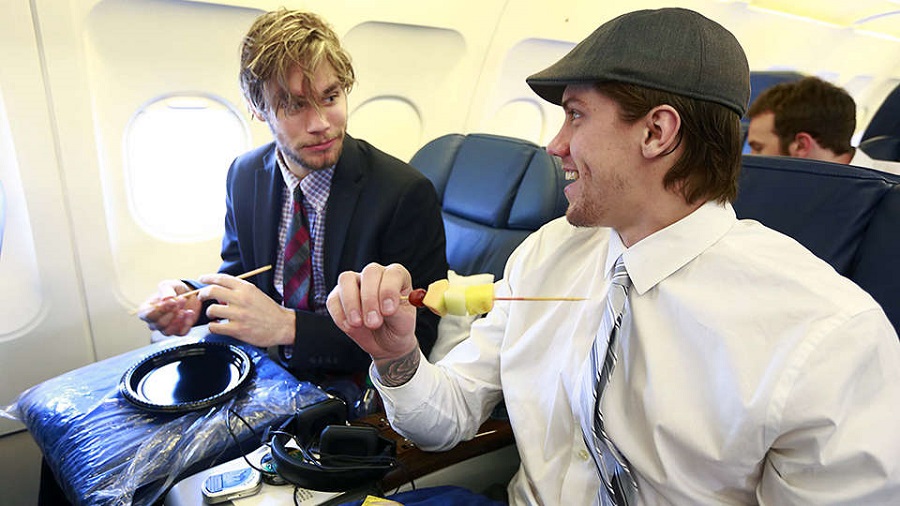 Considering how well Eddie Lack is playing, it may be a while before Jacob Markstrom gets another game in.

And it certainly doesn’t help that Markstrom got ventilated by the Sharks in his only appearance since his call-up from the Utica Comets in the wake of Ryan Miller’s injury.

However, what Willie D must be wary of is depending on Lack too much down the stretch. All you need to do is look at the game stats from last season to see how playing a goalie in 19 straight games can destroy someone mentally and physically.

That’s why the Canucks desperately need Markstrom to be able to step in and perform. Take one look at his American Hockey League statistics and it’s obvious that he has all the tools to be an amazing backup goaltender for the Canucks down the stretch.

If confidence is the issue, then give the guy a start against an “easier” team like Arizona.

It looks like some of the walking wounded will be returning as Chris Tanev was taking reps with Alex Edler at Sunday’s practice.

Chris Tanev and Brad Richardson on the ice for Nux practice. #Canucks

Unless Tanev suffers another setback with his concussion, bet on him playing tonight. If Tanev is ready to go, then it appears Adam Clendenning will be the odd man out. Tanev’s return coincides with Yannick Weber’s injury, who looks like he will miss some games. Weber was hurt last game with what looked like a shoulder injury.

Lack starts, Tanev in for sure. From what we saw this morning Bonino, Corrado, McMillan all expected to play, so Kenins & Clendenning out

My gut instinct is telling me to call a loss against the Ducks because they are a dangerous team that has beaten the Canucks 3 out of 4 times this season.

However, because they are a dangerous team and not terrible like, oh let’s say Arizona, I’m banking on the “good” Canucks to show up and finally defeat their Pacific Division rivals by a score of 4-2.