The preseason continues on Monday night with the Canucks playing their 5th game leading up to the regular season against the Arizona Coyotes. This may be the last chance for some players to show that they deserve to make the opening day roster, as the Canucks will probably look to ice their best roster possible for the few remaining preseason games.

After sweeping the home-and-home series with the Flames last week, the Canucks look to continue their winning ways in the preseason against the Coyotes. Getting closer to the expected opening day roster, players look to shake of the rust and start building chemistry with their potential future linemates. 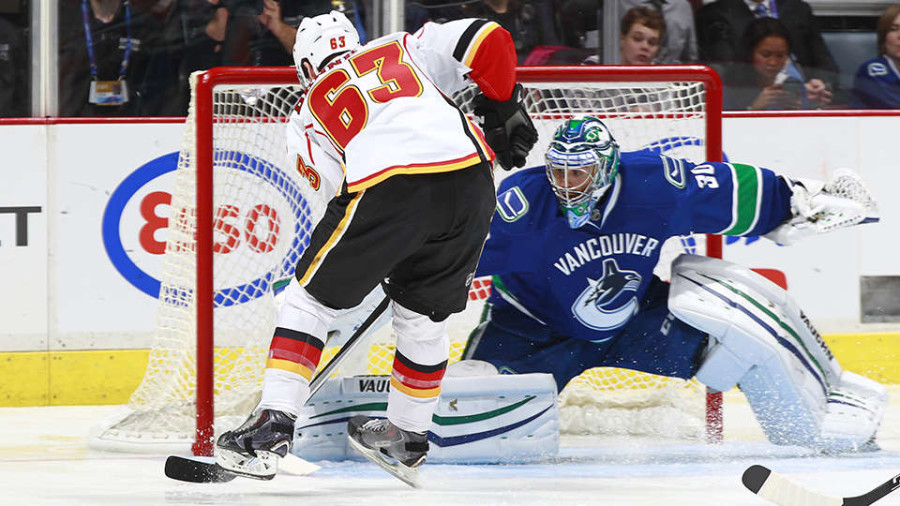 1. So far, so good for Ryan Miller

Ryan Miller made his much anticipated debut on Friday night versus the Calgary Flames. He had to make one good save in the first period, and then probably could have taken a nap. He faced 7 shots in the 30 minutes of action he faced, before making a scheduled goalie change at the midway point of the second period.

Miller is expected to play two of the remaining three preseason games, so I expect him to start looking more comfortable as the number one goalie here in Vancouver.

Bo Horvat, Nicklas Jensen and Hunter Shinkaruk didn’t look out of place at all and once again were creating scoring chances last game. If anything, they are putting pressure on the veterans of the Canucks to step up their games to keep their jobs.

If I was in charge, I would make room for one of Shinkaruk or Jensen by waiving Tom Sestito. As for Horvat, Brad Richardson was injured in Friday’s game against Calgary. Depending on the severity of the ailment, there may just be a spot for him in Vancouver to start the season as the 4th line centre. The three younsters will play together on Monday:

Jacob Markstrom was cut over the weekend, meaning that he needed to clear waivers. He did indeed clear and the Canucks got keep a player who was widely considered the best goalie prospect outside of the NHL only three years ago. The Canucks appeared to strategically cut Markstrom, knowing that getting him to clear waivers may be risky if he showed well during the preseason. He played just half a game in the preseason for the Canucks in an untelevised game in Stockton, CA.

There had been talk that the Canucks were seriously considering keeping three goalies to start the regular season, something that would have likely caused yet another goalie sideshow in Vancouver.

The preseason has started to take it’s toll on the Canucks roster with Kassian and Richardson not skating today. Alex Edler makes his return tonight after taking a puck to the face. Jannik Hansen, Cal O’Reilly, Dan Hamhuis, Kevin Bieksa and Tom Sestito get the night off to enjoy some press box popcorn. Ryan Miller was the first goalie off the ice this morning at practice, so expect him to get the start.

Hopefully the Coyotes don’t try to put us all to sleep tonight with a defensive showdown. With the  Canucks putting together a lineup that closely resembles their opening day roster, I expect the Canucks to break through and easily take the game tonight.

If Mike Smith plays for Arizona then I expect him to practice his diving skills, so that he is fully ready for the regular season.