The Vancouver Canucks improved their early season record to 6-3-0 with a Tuesday night win vs the Carolina Hurricanes in what has amounted to a tune-up session for Thursday’s night’s heavyweight tilt vs the Montreal Canadiens. As always, there will be a palpable buzz in the city with the Canadiens in town.

The Canadiens (8-2-0) come into Vancouver with more pomp and circumstance than usual. There is always excitement when the Habs visit, but it is even more so with the Canadiens off to a flying start. The Canadiens have an exciting young core and look to be making the transition from competitive to elite. The Canucks have been surprisingly good so far this season and, maybe more importantly, have been very exciting to watch. Add it all up and you get the makings of what could be the marquee matchup of this early season pitting the current two best Canadian-based teams against each other. 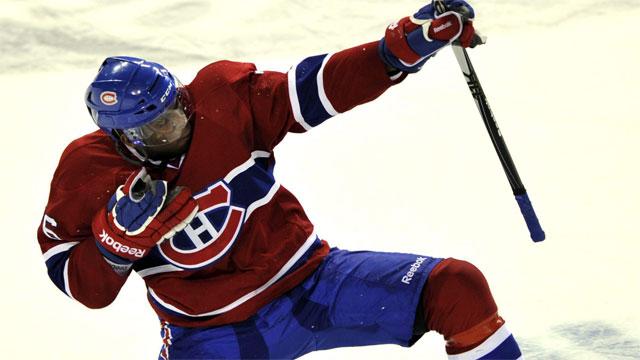 Canucks fans will be interested to see the Canadiens exciting young core in action. BC products Carey Price and Brendan Gallagher along with Norris Trophy winner PK Subban and the skillful Alex Galchenyuk are worth the price of admission in themselves. PK Subban is rapidly becoming a marquee attraction around the league.

The local sports media were largely skeptical of the Ryan Miller signing, but it turns out that Jim Benning might have a little bit of an idea of what he is doing. Miller is positionally sound and clearly still has the ability to read and react with the best in the game. On Tuesday night, Miller not only achieved his sixth win of the season, but also recorded his 300th win of his career. Miller took to Twitter to for a classy move:

300 wins can only happen when a lot of great teammates score some goals for you or block some shots over the years. Thanks boys. 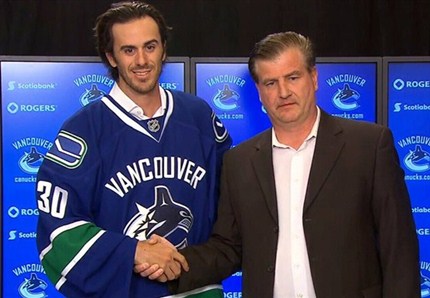 Linden Vey continues to be a bit of a wildcard on this year’s new look Canucks team. Vey has the ability to add some scoring punch to the 4th line, but also looks completely comfortable on the top power play unit. He is a player that you can see will likely move up and down the lineup as the season goes on.

Ryan Stanton is skating, but not ready yet for action and Tom Sestito will once again be a healthy scratch. The word is that Sestito is most likely to see his first action of the year when the Canucks make the dreaded California trip next week.

This game should be an exciting one and so far the Canucks have delivered on home ice. The Canadiens are a strong squad, but they are a strong EASTERN conference squad. In the West they would be in a dog fight to make the playoffs. I don’t really believe that the Canadiens are as good as their record would suggest, as evidenced by their struggles in Alberta. The Canucks take this one 5-2 and Ryan Miller wins again to the chagrin of the local beat writers.