The Vancouver Canucks finish up their four game home stand with a classic Wednesday night Western Conference clash versus the Chicago Blackhawks at 7:30 p.m. PST.

The Canucks have more or less hit rock bottom and perhaps a game against a hated rival is what’s really needed to get this team out of the January doldrums.

The Canucks lost 4-2 to the Edmonton Oilers in a game marked by untimely giveaways ending up in the back of the Canucks net and lack of finish on Oilers netminder, Ilya Bryzgalov. Many are bemoaning the loss simply because it was against a sad sacked Oilers team that currently sits 29th overall in the NHL and is, quite frankly, a sorry excuse for an NHL team.

I, on the other hand, am more concerned about how the Canucks simply mailed in a mediocre effort knowing full well that they need every point they can get. Frustrating to say the least! The Canucks looked completely disorganized; going offside multiple times on promising rushes, turning the puck over in the neutral zone countless times, and going o-for-2 on the NON-power play.

The Chicago Blackhawks used to be the Canucks’ major rivals in the Western Conference. I’m not so sure this can be said anymore. The Blackhawks have continued their dominance and sit atop the Central Division along with the St. Louis Blues with an impressive 77 points. Meanwhile, the Canucks are clinging to a wild card spot in a very tough Pacific Division.

The Blackhawks play a face-paced, highly skilled, offensive game with scoring coming from all four lines.

No matter what is going on in the game, the Vancouver faithful always have booing Duncan Keith to fall back on. Despite the gap between the two teams in the standings, the ‘Hawks are one of the few top Western teams that the Canucks matchup well against. 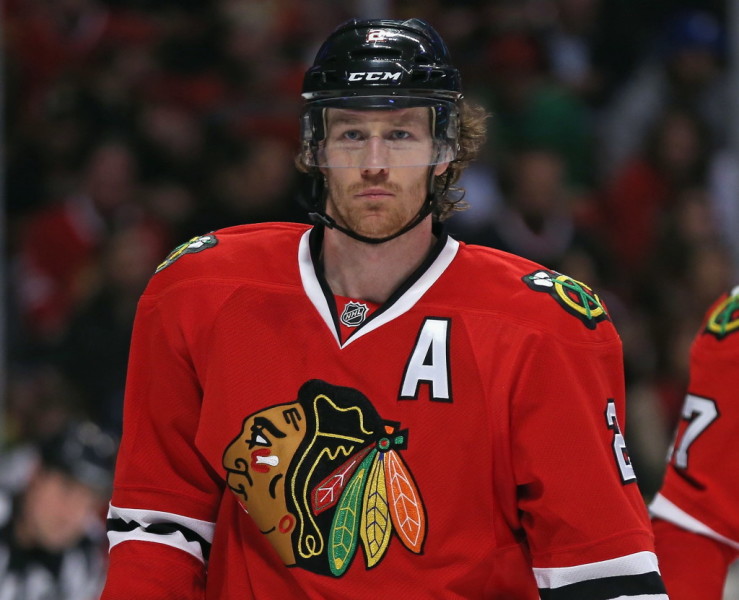 The Canucks lines will continue to be experimented with in-game, but for now the lines look much the same as they did versus the Oilers. Chris Tanev is now out day-to-day which makes room for Dale Weise on the 3rd line and a regular D shift for Yannick Weber. The lines look like this:

The Canucks looked lethargic for the second straight game in their 4-2 loss to the Oilers. They simply, as a team, need to get their stuff together. The passes are not crisp, the forecheck is non-existent and the scoring touch has disappeared. The Canucks are better than this and simply need to work hard for 60 minutes.

2. Time For Lu to Steal One

I hate putting it all on the goalie, but Roberto Luongo has the ability to steal a game and there is no time like the present.

I wrote this as a key to the game vs Nashville:

One of the few Canuck positives in January has been the noticeably improved play of Zack Kassian. Even the most staunch Cody Hodgson fan has to admit that Kassian has some elements to his game that few young players in the league do. His speed, size, shot and hands are a rare combination. Kassian needs to continue with his consistent play and will be key in getting the Canucks out of the funk they are in.

My bad! Let’s just say that Kassian needs to keep his game simple (meaning no blind passes to the opposition) and he will benefit the Canucks greatly with all of the other positives he provides the team.

The Canucks are coming off a deflating 4-2 loss to the Oilers. I am quite sure the Canucks will put in a much better team effort versus the Blackhawks, but I believe a loser point is as good as it is going to get (crossing my fingers). The ‘Hawks take this one 4-3 in a shootout.

The predictions season record is currently at 30-24.