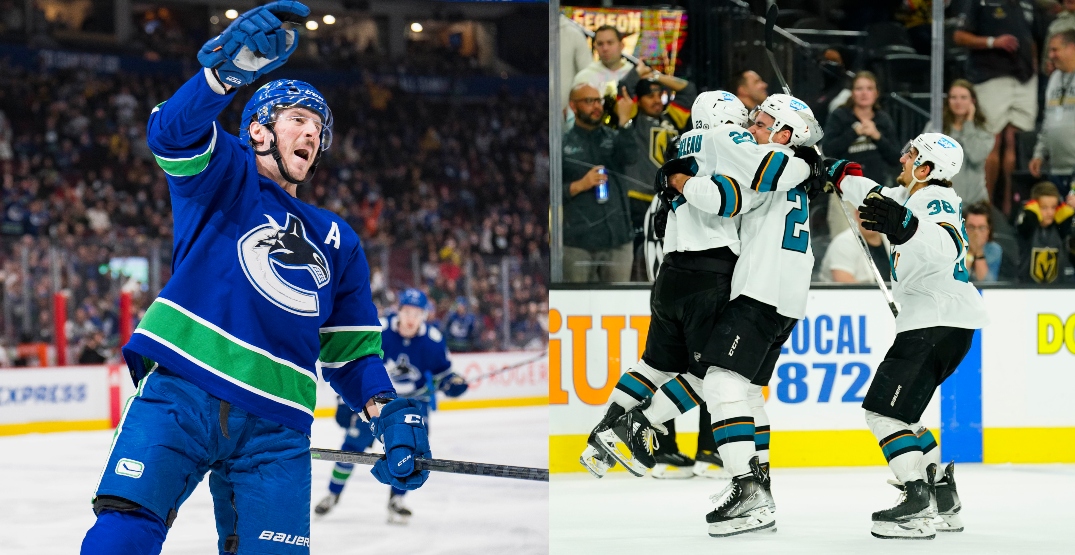 Are the Vancouver Canucks a team of destiny?

If they actually make the playoffs, after all this, you’d have to conclude so.

The Canucks were less than a second away from being mathematically eliminated on Sunday night before a late goal saved their season for at least another two days.

ICYMI: Timo Time came at the perfect time…0.9 seconds left in the third period to be exact 😳@MeierTimo | #SJSharks pic.twitter.com/mdmY2RMSFb

Timo Meier scored with 0.9 seconds left on the clock in the third period to keep Vancouver’s slim playoff hopes alive, as it pushed the game between the San Jose Sharks and Vegas Golden Knights to overtime. The Canucks would have been eliminated with a Vegas win.

Instead, San Jose completed the comeback, with 20-year-old Thomas Bordeleau scoring the winner in the shootout. Even better? Bordeleau is the grandson of former Canucks centre Paulin Bordeleau.

Now, don’t get me wrong. The odds are still very much up against the Canucks with three games left. They’re six points back of Dallas for the final playoff spot in the West, and they also need to leapfrog Vegas, who are three points ahead of them.

They’ll need divine intervention to sneak in at this point.

But, they are technically still alive. Note the first tiebreaker is regulation wins (REG W), followed by regulation or overtime wins (ROW).

The math is now simple. The Canucks need to win all their remaining games, while Dallas and Vegas need to lose the remainder of their games in regulation — with the exception of Tuesday’s game between the Stars and Golden Knights, which needs to end in a Vegas regulation win.

More specifically, this is what needs to happen for the Canucks to make the playoffs:

So you’re telling me there’s a chance?

The rest of hockey, meanwhile, will be keeping an eye on this race to see if Vegas misses the playoffs for the first time ever. If they lose to Dallas in regulation on Tuesday, they’ll be eliminated.