Goaltending is the most important position in hockey – no one can argue this. Good performances win games that should be losses, and bad ones… well, you remember Dan Cloutier.

That said, having two quality goalies is a luxury most NHL teams envy. A problem arises, however, when the younger, cheaper option becomes the better choice to get wins, while the elder eats a large chunk of salary cap space.

Considering the goaltending history in Vancouver, you’re well aware of all this.

And as Cory Schneider did to Roberto Luongo just a few years ago, this past Canucks season saw Eddie Lack encroach on Ryan Miller’s claim to the starter’s position.

Miller injured his knee near the end of February, opening the door for Lack to take over. Up until that point, Miller was inconsistent, which was expected considering he was working with goalie coach Rollie Melanson to restructure his game.

Miller posted a save percentage of .913 up until the point he got injured. He had good stretches and bad stretches and admitted to having a “feast or famine” year. 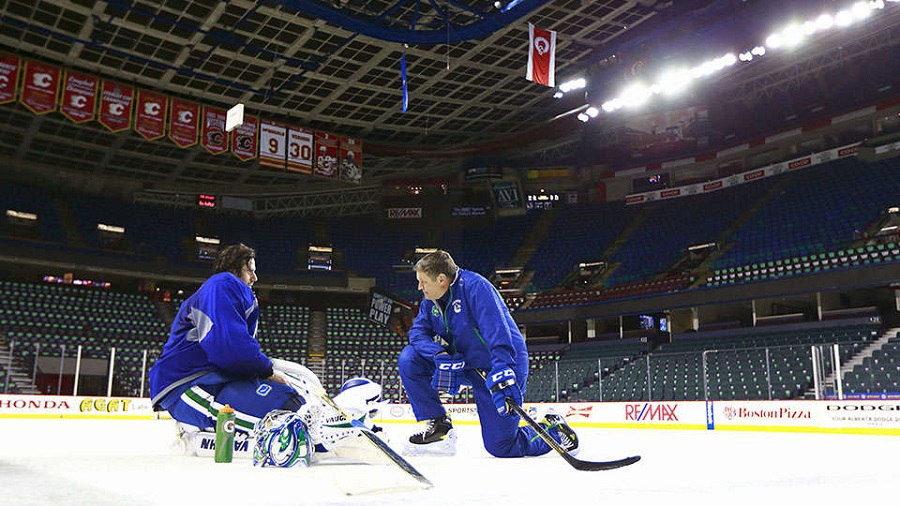 After Lack’s ascension, he posted a .927 save percentage. Stats aside, he was arguably Vancouver’s MVP down the stretch. He stole wins against high-powered teams – L.A., Anaheim, San Jose, Winnipeg and Boston amongst others.

More impressively, Lack bounced back after every bad game, getting seemingly stronger as the season wore on.

“I feel like I proved I can play a lot of games in a short amount of time,” Lack said at Monday’s media availability. On if he’d like to play more next year, he continued, “Obviously I want to play. Everyone always wants to play, though.”

Fact is, Lack is ready to take over as Vancouver’s starter now. He proved it with his play this season.

“We talked about that coming in,” said Miller, speaking about sharing the load more equally with Lack. “That we needed to support each other and to cheer for each other.” 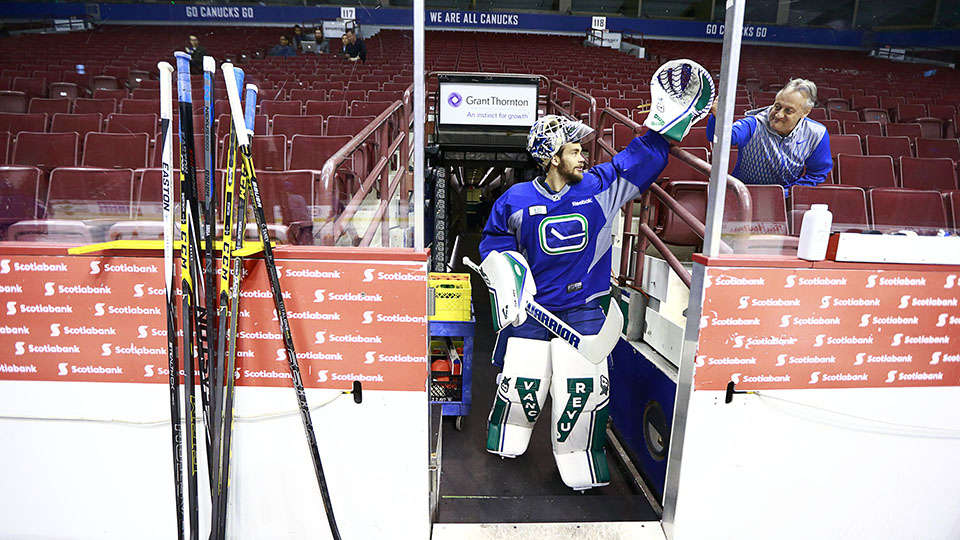 Both want to stay – and they’ll do whatever’s asked of them – but if they’re both healthy, Miller’s not needed. At $6-million per year, he’s an expensive redundancy.

In a salary-cap world that sort of money can go a long way. Vancouver could add one or two free agents, or fleece a team up against it as the Sharks were when Mike Gillis took Christian Ehrhoff off their hands.

All Jim Benning has said so far, when asked if he thinks Lack is the goalie of the future, is Vancouver needed both this past season, and both played well. Which leads you to believe they may continue in this fashion – with a tandem of Lack and Miller in net. This would be a waste of resources and a hindrance to Lack’s growth.

Really, Benning should trade Miller, which may not be easy given his two years remaining at $6-million per. But the Canucks should take whatever they get and move on from the anchor.