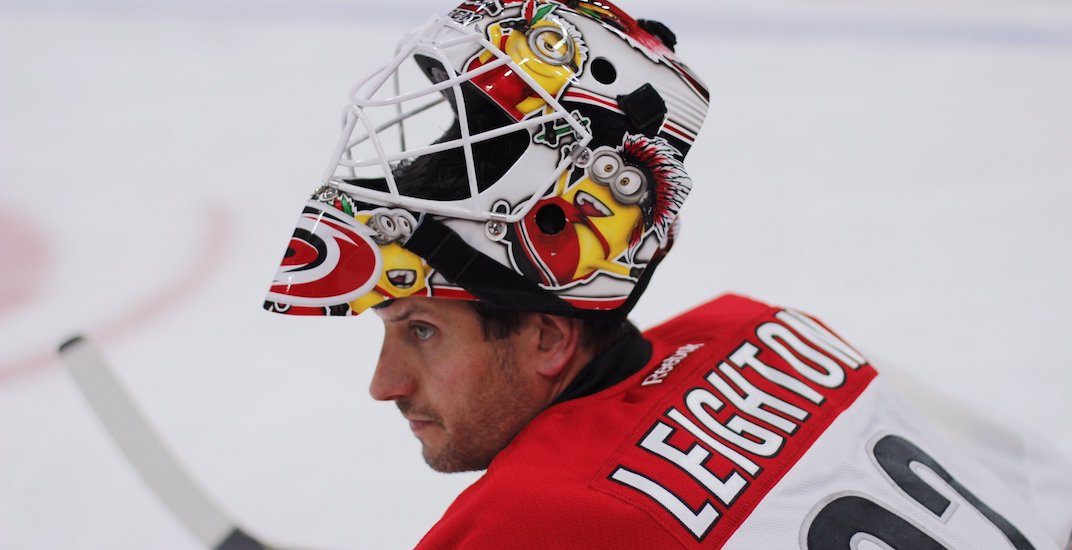 The Vancouver Canucks have another goaltender.

After literally running out of healthy pro goalies, forcing them to start a 19-year-old prospect that wasn’t ready for the NHL, the Canucks have added the second of two netminders in the last week.

GM Jim Benning acquired minor league goalie Marek Mazanec in a deal with the New York Rangers seven days ago. And today, the Canucks signed Michael Leighton to a one-year, two-way contract, keeping him with the organization until the end of the season.

The 37-year-old goaltender has 18 years of professional hockey experience, including 111 NHL games. The highlight of his career came during the 2010 NHL playoffs when he helped the Philadelphia Flyers get to the Stanley Cup Final, posting a .916 save percentage in 13 starts.

Leighton has been with the Utica Comets since January, signing an AHL deal shortly after the Canucks’ goalie crisis started to take shape. He’s played well too, winning six of seven games he’s started, posting a .915 save percentage in seven games. The Comets (29-19-6) are currently in a playoff spot.

Shortly after acquiring Mike McKenna from Ottawa, they lost him on waivers to the Philadelphia Flyers. With Richard Bachman already out with a season-ending injury, the Utica Comets were left with ECHL goalie Ivan Kulbakov as their lone goalie, leading them to sign Leighton.

The timing of the move is peculiar. The Canucks were flying without a net for a week after Thatcher Demko got injured. Instead of signing Leighton, or literally any other professional goalie on an AHL-only contract, they chose to run with prospect Michael DiPietro as Jacob Markstrom’s backup.

DiPietro wasn’t ready for the NHL, so when Markstrom got hurt, the Canucks got embarrassed. Instead of signing Leighton then, Benning gave up a 2020 seventh-round draft pick for Mazanec.

The Canucks have now used 47 of their 50 allotted NHL contracts, with Quinn Hughes expected to join the team following his college season – which could come as soon as next month.

After playing six games in 10 nights, the Canucks are in the midst of four days off before Thursday’s home game against the Arizona Coyotes.