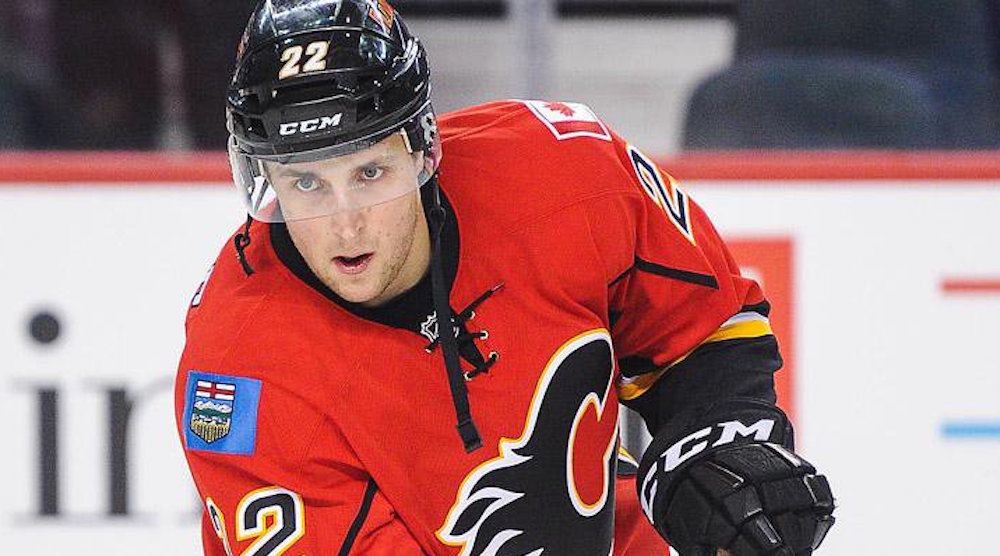 The Vancouver Canucks have made a late-season signing, inking 26-year-old centre Drew Shore to a new contract for the remainder of the 2016-17 campaign.

Shore, a second round draft pick by the Florida Panthers in 2009, has 80 games of NHL experience. He comes to the Canucks after finishing his first season in Europe, scoring 48 points (24-24-48) in 50 games with Kloten HC in the Swiss League.

Drew Shore is on waivers today. If he clears, expected to join VAN for the end of the season. Played in Europe this year.

Shore had to clear waivers before the Canucks were able to sign him.

The native of Littleton, Colorado came into the NHL with some promise. He won a job with the Panthers in 2013, playing in 43 of Florida’s 48 games in the lockout shortened season as a 22-year-old. He had 13 points (3-10-13) that year, but was relegated to AHL call-up in the next three seasons, two of which were in the Calgary Flames organization.

At 6-foot-3 and 205 pounds, Shore has good size, although he’s never been an enforcer-type.

Shore is a two-way forward with above-average hockey sense and burgeoning offensive skills. He is a solid skater with good mobility and a quick change of direction, especially at his size. He is a gritty, competitive player who can be a determined forechecker as well as a tenacious defender and he is solid in the faceoff circle. Although he will not dazzle anyone with an array of exceptional skills, he has a well-rounded game and has shown a deft touch at the front of the net and a good, accurate shot away from it.

Shore isn’t likely to become a top scorer, but there’s enough on his resume to give some semblance of hope that he could contribute in a bottom-six forward role.

The Canucks will get a preview of what Shore can do for the remaining 14 games of the season, at which time they can decide whether they want to offer him a contract for next season. At the very least, Shore gives the Canucks organization a healthy body, something they are lacking given their lengthy list of injuries.