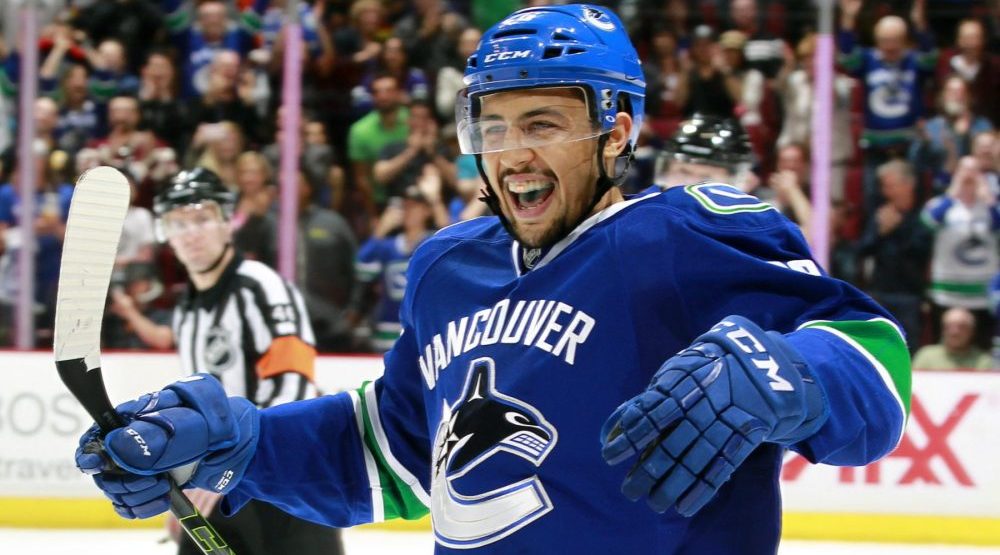 The Vancouver Canucks have re-signed right winger Emerson Etem to a one-year contract worth $775,000.

“Emerson is a hardworking 24-year-old who supports our plan to build a young, fast, high-character team,” said Canucks General Manager Jim Benning in a media release. “His speed will help us compete next year and he is a good role model for our first and second year players because of the work ethic and professionalism he brings every single day.”

A former first round draft pick of the Anaheim Ducks in 2010, Etem was acquired from the New York Rangers in January in exchange for Nicklas Jensen and a sixth round draft pick.

The native of Long Beach, California scored 12 points (7-5-12) in 39 games after the trade, playing in a bottom-six role. He showed the most promise towards the tail-end part of the season, scoring 7 points (4-3-7) in Vancouver’s final 8 games.

The 2015-16 season was Etem’s first full NHL season, so he has that to build off of. Etem has good speed and grit, but as of yet he has not found consistent offensive production. If he can produce at a third-line rate, the Canucks may have a fixture on their third line for years to come.