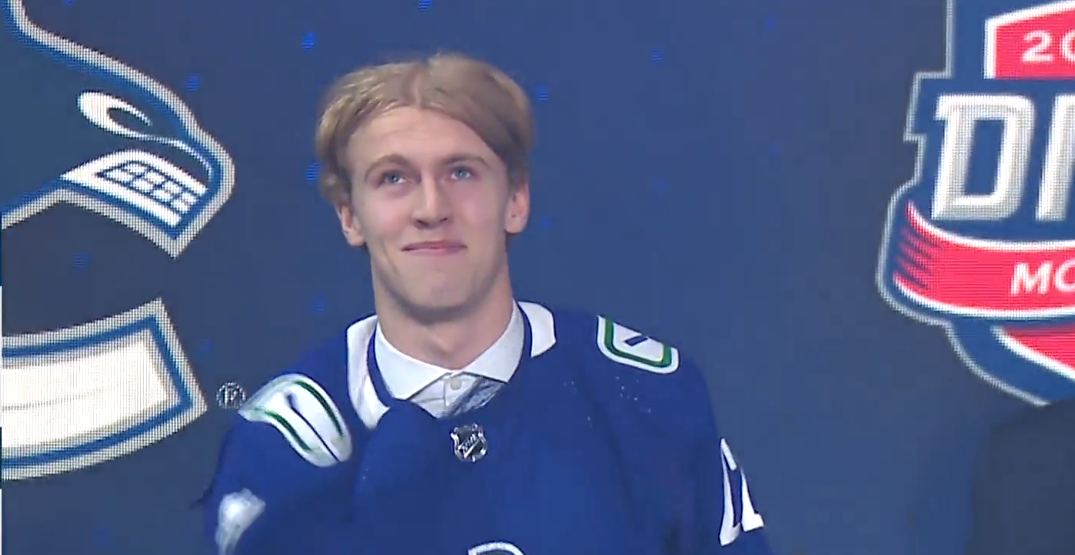 The Vancouver Canucks have officially made their first selection at the 2022 NHL draft, taking Swedish forward Jonathan Lekkerimäki at 15th overall.

Lekkerimäki is the first selection in history for Canucks GM Patrik Allvin.

Lekkerimäki was taken from the Djurgarden program in Sweden, where he split time between the junior and pro programs. In junior, he scored 20 goals and 15 assists for a total of 35 points in 26 games played, while putting up seven goals and two assists in 26 games played at the pro level.

To top it off, he reportedly wears #40 due to, you guessed it, Canucks star forward Elias Pettersson.

A goal scorer with a good selection of shots, smooth quick hands and very good puck-handling ability. An explosive offensive minded forward at his best in the offensive zone. A mobile, speedy skater who is active and involved. Creates scoring chances with quick, surprising moves around the net. Plays a competitive game.

Every Canucks first round draft pick in history: