To start with, here are three reasons Vancouver is going to beat Calgary in the first round of this year’s playoffs.

To everyone with any brains, the Sedins are two of the most respected players in the NHL (yes, I’m saying Jamie Benn and Tyler Seguin are brainless). They are incredible leaders, they’re ambassadors to the game, and they have the same clout as the likes of Jarome Iginla, Sidney Crosby and Jonathan Toews.

Anyone talking up the Flames can’t stop gushing over their top line. While it must be nice for them to finally have a top line instead of riding one player into the ground like they did for years, Vancouver has a top line too. Cool thing is Vancouver’s top goal-scorer, Radim Vrbata, isn’t even on that top line.

The Canucks actually have seven players who scored at least 15 goals this season. Depth is good.

I’m not sure Flames fans know what photoshapping is. If they do, they probably call it something lame like “Using Adobe Photoshop to create entertaining Calgary Flames pictures.”

Either way, their depth can’t come close to what Canucks fans offer. Here’s a preview from @squampton of what’s to come this series. 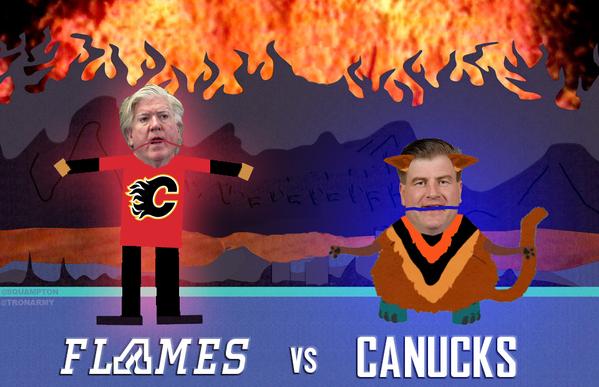 Now that you’re convinced, you better get this wallpaper on your computer’s desktop. If you’re ever accused of being a bandwagonner, simply show them your computer’s background screen, pound your chest and yell “WE ARE ALL CANUCKS!”

I think it will work.

Here’s Dave Lee-son’s March wallpaper featuring the captain who will lead the team into battle. 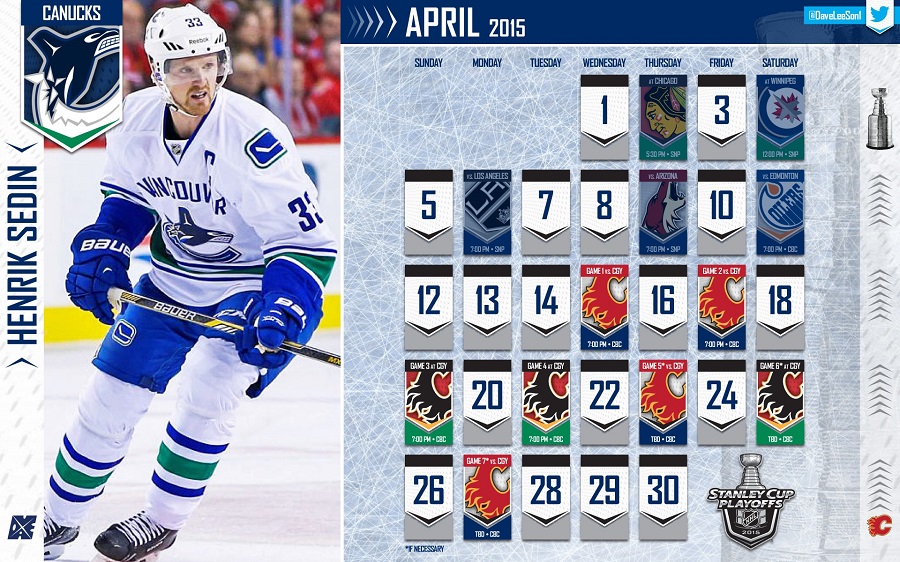