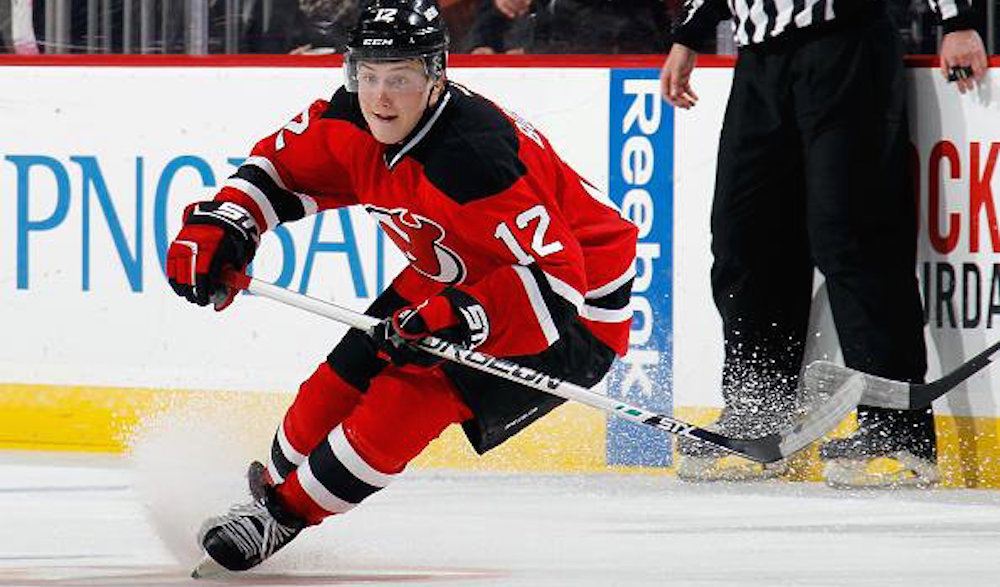 The Vancouver Canucks picked up a new player on Wednesday, claiming left winger Reid Boucher off waivers from the New Jersey Devils.

Boucher has been very familiar with waivers lately, being claimed by Nashville from New Jersey on December 3, only to be reclaimed by the Devils two days ago on January 2.

Boucher is a 23-year-old winger from Lansing, Michigan who has offensive upside.

After being drafted by the Devils in the fourth round in 2011 out of the US National Development Team, Boucher moved on to play two seasons in the OHL with the Sarnia Sting, scoring 145 points in (90-55-145) in 135 games.

At the age of 19, his last season in Sarnia, Boucher broke Steven Stamkos’ club record for goals in a season, scoring 62 times.

Internationally, Boucher won a gold medal with Team USA at both the U17 and U18 Championships in 2010 and 2011, scoring better than a point a game in both.

Last year, Boucher had his most impressive season statistically as a pro, scoring at nearly a point a game clip in the AHL (32 points in 34 games), while managing 19 points (8-11-19) in 38 games in the NHL.

It’s interesting to note that the Canucks passed on Ty Rattie, a more high profile name who was also available on waivers. Rattie was plucked by the Carolina Hurricanes, who were behind Vancouver on the priority list.

Boucher is seven months younger than Rattie and put up better numbers in both the NHL and AHL last season.

Like many players with goal scoring upside that haven’t made the NHL yet, the knock on Boucher appears to be his defensive game.

Here’s his scouting report from The Hockey News:

Boucher is a left shot and is listed as a left winger, which is not ideal for Vancouver at the moment, who could use someone on right wing while Jannik Hansen is out with an injury. Boucher can play the off-wing though, so perhaps he could fit with the Sedins or on Bo Horvat’s line if Alex Burrows remains out with a scratched eye. Failing that, if the team is comfortable with him in a less offensive role, he could break in on the fourth line.

The waiver wire is usually a place where teams exchange spare parts, but every now and then you can find a real gem. Vancouver hopes they’ve found one in Boucher, who is a restricted free agent at season’s end. Given his impressive skill-set, it’s a low risk gamble that makes a lot of sense for the Canucks.