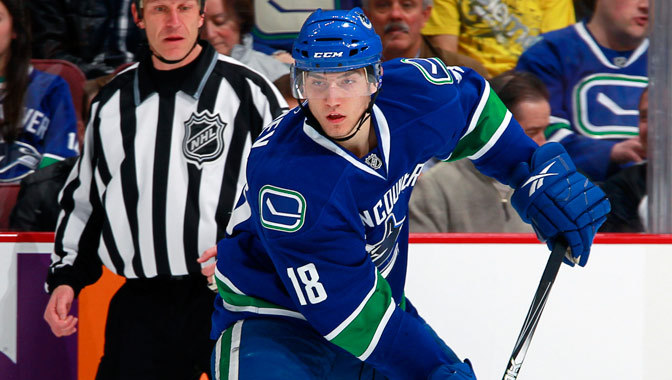 Tanev’s deal is the most intriguing. The 24-year-old defenceman has now played parts of four seasons with the Canucks and was perhaps the team’s most consistent blueliner last year. He signed a one-year deal worth $1.5 million before last season after a lengthy contract dispute in the summer. The idea was that Tanev would sign a one-year deal for low money in order to prove himself and cash-in this year.

The man that Kevin Bieksa once described as being so calm that he would be able to play with a “cigarette in his mouth” certainly proved himself in my eyes, but he is still searching for a long-term deal at money he is happy with. Tanev was fourth among Canucks defencemen in even strength ice time and second in ice time on the penalty kill. He was a shot blocking dynamo last year, putting his body on the line for a team leading 136 blocked shots. He is known as a stay-at-home defenceman but he managed to score 6 goals and 11 assists in 64 games despite not having a spot on the power play.

Some people have suggested that Tanev may be trade bait and I don’t dispute that. With the younger/cheaper Frank Corrado about to become an NHL regular, Tanev could become dispensable. Personally, I would like to hold on to Tanev because I think he is the type of player that will always be underrated and undervalued because he doesn’t put up big numbers. 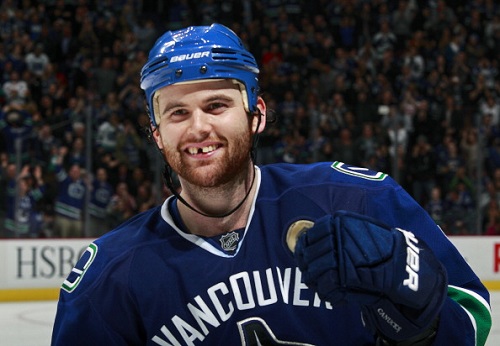 The hulking winger is perhaps the most frustrating player on the team to watch due to his inconsistent and undisciplined play. At times last year I questioned his effort and he clearly has some maturing to do.

With that being said, Kassian showed some promise last season. He was 4th on the team in goals despite getting no love from head coach John Tortorella. Kassian had more even strength points than Ryan Kesler last year and was just one point back of Daniel Sedin. Torts refused to give him a permanent spot on the team’s top two lines or on the power play, going against conventional wisdom.

What I would love to see is Kassian improve his discipline, while upping his hit totals. Kassian was only 6th among Canucks forwards in hits and would have been even lower had Alex Burrows played more games. I would also like to see him shoot the puck more, something that should happen if he plays with more talented players.

The Canucks’ roster appears set for now with a full compliment of players on the roster that are either signed or soon to be signed in the case of Linden Vey. Some more moves could be made, especially if youngsters like Bo Horvat, Hunter Shinkaruk or Nicklas Jensen find a way onto the team. At the moment I estimate that the team will have more than $2 million in cap space to start the season (source: capgeek.com).