Quinn Hughes’ bid for the Calder Trophy is gaining momentum, as the Vancouver Canucks’ 20-year-old phenom has been named NHL Rookie of the Month for February.

This is the first time that Hughes, who leads all first-year players in scoring with 51 points, has won the monthly honour. Hughes scored a league-high 15 points in 13 games in February, well ahead of Calder Trophy rival Cale Makar, who scored 10 points in 15 games. 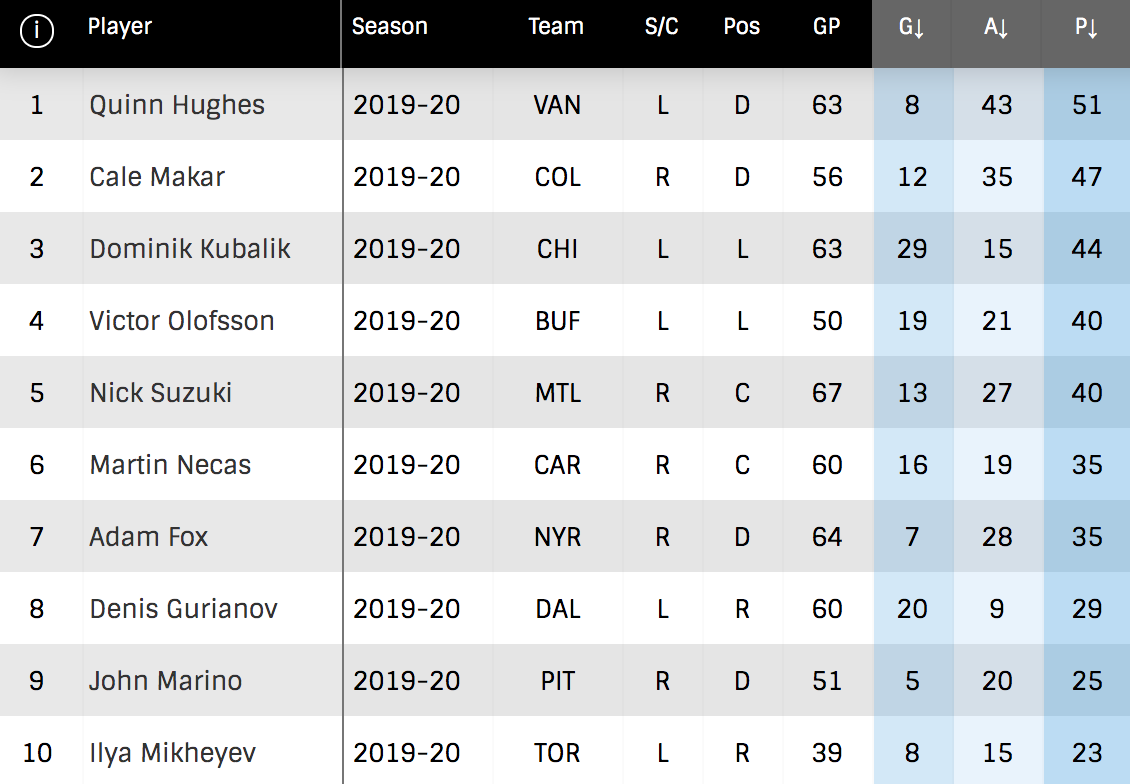 Makar (0.84 P/GP), who has missed eight games due to injury, still has the edge over Hughes (0.81 P/GP) in points per game, but the Canucks defenceman has narrowed the gap. It was Makar who edged

Hughes is on pace to have one of the highest-scoring seasons ever from a rookie defenceman, which would put him alongside the likes of Nicklas Lidstrom, Chris Chelios, and Ray Bourque.