The Canucks played tonight, and it felt a lot like eating leftovers.

It tasted the same, but not as vibrant.

You wondered if you shouldn’t have had it in the first place and just ordered pizza instead.

You’ve had worse food, mind you, but still, it didn’t leave you that satisfied after it was gone.

The game was remarkably free of personality, to be honest. History books should probably just confirm “Yes, the Canucks did in fact play a game tonight.”

Now that I’ve got you pumped up about reading about it, though, let’s dive into it, shall we? I’ll try and spruce this one up, I promise.

One of the few fun things this season to watch has been seeing Bull Horvat rush his way to the net in an attempt to beat three guys on one play, run into the goalie, or a distant third, score a goal.

He forces that puck into the slot and towards the net like a young David Booth did for two of his games here in Vancouver.

It’s fun to watch because he does it with speed, and unlike Vey, he has the size to hold people off and make them seem like foolish children for even thinking they could strip him of the puck.

Vey in fact tried to rush to the net tonight and held out his arm to hold someone off, and it was adorable.

He was stripped of the puck easily. He just doesn’t have the size to do it, but “A” for effort.

Now, Horvat’s one-man rushes don’t often result in goals, but hey, scoring is hard in the NHL. It’s honestly refreshing enough to just simply see a guy doggedly try and force goals to happen out of nothing but gumption, toothpaste, and a couple of paperclips.

Tonight, Bull Horvat was at it again, and no, he didn’t score a puck, but he did score himself.

But that’s fun to watch and those are the kinds of efforts that will lead to goals, and if it ever happens in the playoffs, will lead to an entire city dedicating a city block in honour of said effort.

Canucks fans fondly think of this when taking a left on 2011 Kesler Nashville Lane in East Van.

See Horvat trying to beat two guys and a goalie? It’s hard to do, and a goal won’t happen often, but damn it, you have to admire him for going for it.

Now what happens when Jake Virtanen gets into the act? More eye candy.

You now have two big, strong, young guys rushing to the net with speed, which honestly isn’t something that has been a staple of the Canucks team in a while, Kesler aside.

It’s crowd pleasing, and again, is one of those things that if it results in goals in the playoffs, will make them folk heroes.

The downside to this, though?

Luckily Virtanen has a soft gooey centre (he has been food shamed by both Cracknell and Hansen this season), so he was ok.

Jake Virtanen finished the night with a 100% corsi-for. And a lot of pain. #Canucks

Speaking of young Mr. Virtanen, he took a puck to the face in the morning practice, then got drilled into the net during the game, yet still managed a 100% Corsi (7 for, 0 against). I assume this is like bowling a 300 and I hope to the Hockey Gods that he got a balloon for his efforts. 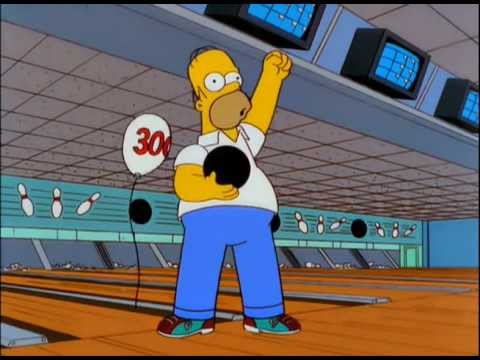 Of course, Virtanen only played just over 8 minutes, and most of that was in the glorious time period of the 1st and 2nd period, back when Vancouver was dominating the Corsi Wars.

Back when we had free water and gasoline for everyone.

Back when a man would give you his word, and he meant it.

Back when Tim Hortons had enough resources to give you a cup slip.

Back before the world descended into chaos in the third period and a Mad Max like world took over, and all of a sudden James Neal was our overlord, gloating above us.

Just kidding, I don’t digress at all, let’s talk about that third period.

The game actually started off as some sort of weird reverse Vancouver type game. Instead of being the team to go up 1-0 and then sit back while the other team punched it in the face repeatedly, the Canucks saw the Predators score first, on their first shot of the game no less.

It even involved Ben Hutton making the mistake and not Luca Sbisa. Had Sbisa been unable to control the stick there like Hutton did, he would have been placed in protective custody after the game.

Hutton in fact had one of the poorer games I’ve seen from him this year. His best asset is his timely and smart passing, which is what normally gets him out of trouble in his own zone, but tonight it was noticeably absent.

Still, down 1-0 the Canucks Corsi floodgates opened and it resulted in the always impressive Alligator Jaws Corsi, where Vancouver had 32 shot attempts to Nashville’s 20 after two periods.

Then the third period started and things got so bad Sportsnet even started a clock counting down the last time Vancouver got a shot. Yes, it got so bad that Sportsnet took a break from subtle advertising to really let you know visually just how much Vancouver’s play had dropped off:

So that's a thing pic.twitter.com/V3o1hGrDgV

One can only hope they never come up with a “Last time the team won a Stanley Cup” timer.

I’m sorry, I didn’t mean that. That hurts all of us.

Anyhow, the game was headed for the inevitable overtime that the Canucks have been so good at this year, when…

Edler going for a bad line change, leads to the Canucks losing, right?

Edler has to be one of the most overrated dman in the league. I would much rather have Weber in the lineup. #pleasetradeedler

@HockeyAbbs ask Edler when he is going to waive and/or retire. Thanks

I don’t embed those tweets to shame anyone, everyone has a right to an opinion, especially a sports one.

I only use it to showcase that yeah, Edler has his critics out there, and vocal ones. And when you have a team that leans so heavily on one pairing, that criticism will only be louder due to the fact that the more you play, the more you’re going to eventually make a mistake.

From a Corsi point of view, Edler played fine. He had a super low zone start of 31%, still ended up +3 in Corsi at evens, and played 25 minutes.

Eye test wise, it was a bit frustrating during the last minute watching Edler seemingly take forever to decide what to do with the puck when skating into the slot, and yeah, that line change wasn’t a great look for him.

As always, though, there is room for more opinions in sports. Big Boss Man Rob thinks Edler shouldn’t be all to blame from the late Nashville goal:

Not sure if Tanev was properly roasted on the game winner. Edler going to the bench cause he has no stick. Tanev can't go change there.

And it was a pretty bad time for Tanev to head off just because he sees Edler taking off.

I mean, you have to realize, these guys do everything together. If Edler falls, Tanev is going to be there for him:

When bae has your back: pic.twitter.com/s4OodVLC0p

So if Edler is on the bench, Tanev is going to be there for him in case he drops his water bottle, ok?

Regardless, it was a horrid change no matter who was at fault, so at least we can all agree on that?

Everyone’s favourite analytic punching bag made his heroic return tonight after missing most of the season with a sports hernia injury.

Please note those numbers take into account past three seasons. As with all numbers, try and dive into the methodology behind them before falling for the splashy graphs they sometimes throw at you.

Never forget, at its core, advanced stats pushers are sometimes no different than those people on Vegas on the strip who flick their deck of nude cards at you while you walk past them.

I don’t say that to devalue their work, I just know sometimes it gets easy to be distracted by graphs and it’s always good to try and understand more behind the numbers. I also really wanted to use that Vegas reference.

That being said, Sutter got a goal for all the Eye Truthers out there:

Then settled down nicely into a night of minus 7 Corsi, despite a 60% zone start, for all the Mad Statters out there.

So yes, he essentially made two groups both happy and mad at him at the same time.

This is why I actually really enjoy watching how Sutter will play out in Vancouver. He both cannot win nor lose if he keeps playing at this rate.

I could have ended this by talking about Prust sitting out another game, but we’ll have plenty of time to debate him as the trade deadline looms. So instead, let’s all sit back and bask in the glory known as Lee Sweatt.