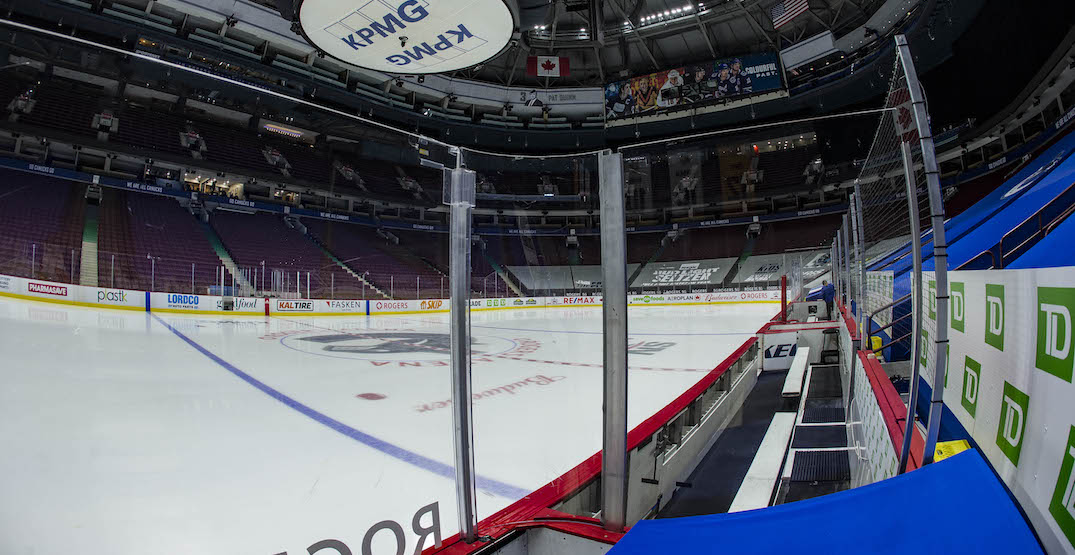 The Canucks were supposed to hold their first practice at Rogers Arena this morning since a COVID variant ripped through their team. That practice may still go ahead as scheduled, though the team has made the curious decision to make it “closed” to the media, which at least during normal times is not allowed by NHL rules.

There is more to this story however.

According to multiple reports, Canucks players met with the NHLPA Wednesday night to discuss the plan ahead.

Canuck players had a zoom call tonight with NHLPA. We’ll get clarity tomorrow on where things stand for resumption of games.

Multiple NHL insiders are now reporting that medical testing of players this morning will determine if more games will be postponed.

Medical examiners @nhl and @NHLPA who have been leaned heavily on will finish reassessing the @Canucks players today and likely to make the call on playing this weekend. If they cautiously recommend to wait a few more days look for a Monday start. @Line_Movement

Canucks players had a Zoom call with NHLPA last night. Obviously some concerns from some about being ready to play Friday-Saturday. Medical testing for some players before practice today will be an important factor in what comes next. Fluid situation to be sure.

League source confirms that the Canucks’ weekend games might change again…Based on medical evaluations being done today with players and staff.

The Canucks haven’t played since March 24, and had their first game postponed on March 31, following a scheduled one-week break and an unscheduled 15-day hiatus due to a COVID-19 outbreak resulting in 25 members of the organization testing positive.

Eight games have been rescheduled, meaning the Canucks are now being asked to play 19 games in 31 nights — including back-to-back games on Friday and Saturday.

Injuries seem inevitable, given the long layoff, not to mention problems that are sure to arise by pushing the players who are still recovering from a respiratory virus.

Miller, who was one of the few players not to test positive, stood up for his team on Wednesday, raising safety concerns.

“I don’t really feel ready at all, if I’m being completely honest,” Miller said.