It was the Sedin Show Spectacular on Saturday night as the Vancouver Canucks rode the Wonder Twins to a 6-3 victory over Patrick Kane and the Chicago Blackhawks.

Henrik Sedin managed to earn five points on the night, but this was Daniel’s night.

Tonight marked Daniel Sedin’s first hat trick in four years. If you do the math, then you’ll see that he hasn’t scored a hat trick since Duncan Keith famously knocked him out cold before the 2012 playoffs. A hit that many claim changed Daniel as a player.

How great is it that Daniel’s first hat-trick in four years came against Duncan Keith and the Chicago Blackhawks?

I think i’ll celebrate with a SixPack.

The big news of the first period, other than Jonathan Toews showing us how much he hates the Vancouver Canucks, was Daniel Sedin notching his 900th career NHL point on their first period power play goal:

It’s fitting that number 900 came off of a patented Sedin dominated power play goal. Although it would have been better if it was Daniel scoring the goal as “Henrik to Daniel” has been the historical norm, I don’t think you’ll be hearing anyone complaining about the Sedinery that tied the game midway through the first period.

Even the NHL seemed to care a little:

And here’s a (sort of) updated leader board for Canucks all-time scoring:

Amazingly, the night of milestones wasn’t finished for Daniel Sedin. Scoring his 2nd period power play marker actually bumped Daniel past Markus Naslund for the all-time lead in Canucks goals. That is, if you combine playoffs and regular season:

Don’t kid yourselves, this game was all Sedins.

THE SEDINS ARE TWIN GODS FROM SUPERHEAVEN

If fact, I don’t think we’ve seen this dominant of a game from the twins in a long time. Sure, they have racked up the points against the bottom feeders like Edmonton over the past few seasons. But nothing like this.

This game was something special for two specific reasons.

The Canucks were reeling after their horrific seven-game road trip out East. They desperately needed something to turn the ship around or they would be out of contention for a playoff spot very fast.

The undisputed leaders of this franchise stepped up when the team needed it the most against one of the best teams in the NHL. Which leads me to my next point.

They did it against the Chicago Blackhawks.

Like I alluded to earlier, the Twins have stacked up points against many teams teams over the past few seasons. But when can you remember them having this dominant of a game against the Blackhawks, a team that boasts Duncan Keith, Brent Seabrook and not to mention ace defensive forwards Jonathan Toews and Marian Hossa.

It was a great night indeed.

Elliotte Friedman on the Sedins: "they're both going to the Hall of Fame" #Canucks

#Canucks power play bailing them out… WHAT?!

It’s incredible how much special teams influence the outcome of a game for the Canucks.

For roughly the first half of this game, the Canucks were being badly outplayed by a much better Chicago Blackhawks team. Keep in mind, this much better Blackhawks team was playing their 3rd road game in 4 nights so that’s kind of a sad commentary Vancouver’s chances this year.

But on a night where the Canucks shouldn’t have had a chance, their power play (which does exist apparently) stepped up and kept them in the game.

Not only that, but after a horrific start to the second period, Daniel Sedin’s power play goal sparked the Canucks and all of a sudden, the team was playing much better at 5-on-5 than they had been all game.

hawks score. canucks couldnt clear the zone and get burned

kane with a point goddammit

I was really hoping to talk about how the Vancouver Canucks were the team to finally snap Patrick Kane’s 15-game point streak. But alas, not even the Canucks were able to contain him as Kane did all the work to keep the puck in the zone and assist on the third Blackhawks goal of the game.

What’s more painful? Allowing Kane to get another point or the Canucks blowing yet another 3rd period lead?

No matter though as the Sedins really really didn’t want to lose this one.

5. There is only ONE set of twins

Because this game was broadcasted on Hockey Night in Canada, I was bound to be pissed off about something. Fortunately, I wasn’t the only one:

Oh my god, this Patrick Kane and his "Twin" thing is reaching Joey's "hand twin" level of stupidity

Of course, Wyatt is referring to Patrick Kane and Artemi Panarin who play a similar game (they’re both good at hockey…) and look like each other: 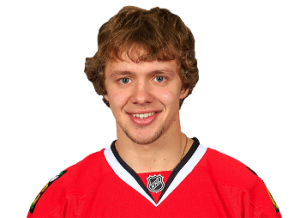 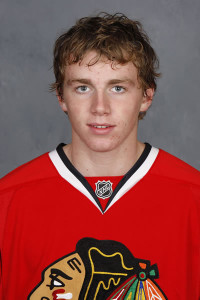 The peak of this stupidity occurred late in the third period when Jim Hughson decided to “accidentally” screw up by dropping this gem:

So Vancouver kind of blew it tonight…

I don’t mean the team of course. They killed it.

I mean the fans that were too emotionally attached to their hats to properly salute Daniel Sedin for scoring his 3rd goal of the night.

Fortunately, Canucks Twitter was on point tonight and decided to step in by virtually throwing their hats by using the #tweetdanielahat. Here are some highlights:

Thanks to Vancity Buzz Prospects Guru and all-around great guy Ryan Biech for making me look good with his gifs!