Well, it appears Arizona’s gameplan entering tonight’s tilt was to lull everyone in Rogers Arena to sleep and then pounce like… well, like a coyote. They executed it to perfection. Read the post mortem of tonight’s garbage game here.

Now, before I begin this post game recap, I have a confession to make; a dirty little secret, if you will. I’ve claimed to be a Canucks fan for my entire life, but that’s not quite true. Before I really got into hockey, around the age of 6, I strayed to a dark, dark place. The first jersey I ever received was, in fact, this masterpiece: 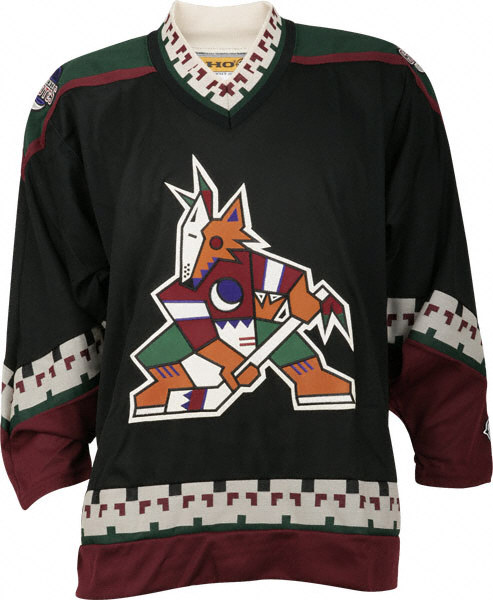 Well, I’m glad we got that out of the way… sort of. Here’s what you need to know with regard to tonight’s game:

The Canucks honoured their equipment manager before puck drop for working his 2,500th game. His time with the Canucks has spanned 27 years and one can only imagine that the 4,379 Irish pubs located across North America named after hockey’s best equipment manager owe their stellar reputations to this man. 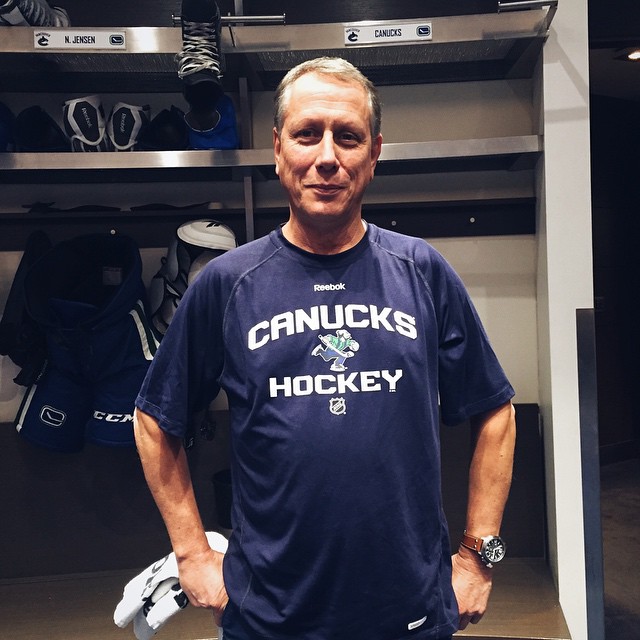 To give people an idea of what was happening when O’Neill appeared in his first game: Out of Africa won the Oscar for Best Picture, Michael Jackson and Co. released We Are The World, and I wasn’t even born yet. So, yeah… it’s been a while.

@omarcanuck Wait, so yelling it alone in your living room is not on? Gotcha. Roger that.

Barring the first Martin Hanzal goal and the Keith Yandle injury that ultimately was not an injury, nothing happened in the first period of tonight’s game.

Meanwhile, at Rogers Arena….
"Somebody shut that tumbleweed up! People are trying to sleep!"#Canucks pic.twitter.com/gy00iKIUUF

We have a goal in tim bits hockey, loudest cheer of the night so far.

The horn sounds to end the first period. Quite rudely too. People are TRYING to sleep.

Yeah, it was quick. It was quiet. At least it wasn’t the BB&T Center in Sunrise, Florida!

The Canucks were 2 for 20 on the power play in the month of November coming into this game. As you may have surmised, things didn’t get much better. They went 0 for 3 and for what seems like forever, have failed to take advantage of the whole man advantage thing.

The possession and cycle game is there, but the puck has seemingly forgotten the path to the back of the net. It may have something to do with the predictability of the Canucks’ system. Forgoing bombs from the point for the Vrbata one-timer from the hashmarks has become incredibly common.

The Canucks now rank 17th in the league with the extra man and they’re nose diving. There is no word yet on whether Glen Gulutzan has eliminated practicing the powerplay and just decided to focus on the Canucks’ top 10 penalty kill.

4. A Note On The Youngsters

On a night Hunter Shinkaruk scored 2 goals for Utica in another Comets win (against the ol’ Chicago Wolves, no less), Bo Horvat sat in the press box, and Nicklas Jensen got a shot on the 3rd line.

Dan Murphy spoke with Jim Benning after the first period and asked about the deployment of Bo Horvat (among other things). We learned about as much as you’d expect…

Horvat has played 5 of the 9 games that would burn a year of his entry level contract, so decisions will be made in the coming weeks… but if it’s “going real good”, why change it up? He’s played well, but has yet to record his first NHL point.

Jensen played well on the 3rd line and likely extended his stay with the big club. There was a particular shift with a little over 5 minutes left in the 2nd period in which he nearly set up a Chris Higgins goal on a sweet pass before hustling on the back check to slam Sam Gagner offside. He also played almost 4 minutes more (12:08) than the previous two games against Anaheim and Ottawa, and in that time managed a Corsi For Percentage of 77% (4th on the team).

Martin Hanzal did something wildly uncharacteristic in his career against the Vancouver Canucks. He scored a goal. Well, he actually scored three of them, but who’s counting (definitely Hanzal). Before he checked and nearly injured Ryan Stanton (much more his style), he beat Alex Burrows on the back-check to slot one past Ryan Miller.

Then this… which is apparently a goal in the NHL now.

Martin Hanzal registers a Martin Hanzal hat trick, which is a hurt Canuck, an illegal play he got away with, and a regular hat trick.

What makes him such a Canuck Killer? I have my theories…

@Thats_Offside He's Pinocchio's cousin and has a personal vendetta against all whales. Reason 583/1000 why Canucks need to change jerseys

I tweeted it out, but every prediction I had researched and examined in today’s Game Day Report turned out to be wildly inaccurate. Everything went wrong and hopefully the Canucks will take the next four days to think about what they can do to turn things around on Wednesday night. Things don’t get easier from here… *checks schedule*… Wait, it actually does. The Canucks play against what is, after tonight’s result, the new worst team in the Western Conference, the Edmonton Oilers. Hmmm….

I suppose resistance was futile.

Tonight’s game was even enough to dampen the high-flying spirits of VanCity Buzz’s #SixPack superstar.

This is just gross tonight.. Down 4-0 to Arizona, at home, after 2 nights off, when Arizona played last night,,, #barf #vcbcanucks

Whatever, I’m going to order some Papa John’s… only available in Arizona… the hits just keep coming.

With a #Coyotes win get 50% off your http://t.co/qdWAkt5wvV order tomorrow! Use code COYOTES. Available online in AZ pic.twitter.com/999beDFQt1

Thank you to @myregularface for the GIFs used.