Hoping to help themselves in their quest to clinch a playoff berth, the Vancouver Canucks battled the Winnipeg Jets, but lost by a score of 5-4 in one of the more entertaining games of the season.

Saturday was a unique day in terms of jockeying for playoff positioning. With the Vancouver Canucks already in a solid position to secure a playoff berth, losing to the Winnipeg Jets wouldn’t really be the worst thing.

I want the Kings to miss the playoffs so the Jets beating the Canucks today isn't the end of the world.

That’s not to say winning isn’t important because this is, after all, the Western Conference and anything can happen at this point. Still, a chance to screw over the LA Kings is a good thing.

Still, the Canucks lost again and ended their last road trip of the season with a record of 2-2. And the Winnipeg Jets really aren’t that good of a team so this one was kind of depressing.

I need a SixPack…

1. Objective: Figure Out How To Start a Game

Another game, another horrific start for the Vancouver Canucks.

And less than a minute later:

No big deal right? Because if the Vancouver Canucks have proven anything this season, it’s that they are a resilient bunch and never seem to be completely out of a game.

THE SEDINS CAME TO PLAY. #Canucks tie the game at 2-2 right after the Jets power play expires.

Spotting the opposition a two goal lead and then coming back in dramatic fashion is cute and all, but the Canucks really need to start showing up for that darn opening faceoff.

Really tough to win in NHL when you're always playing from behind. Starts have been pathetic.

I don’t need to tell any professional athlete how the playoffs are a completely different animal than the regular season. But I feel like if the Canucks don’t figure this issue out pretty soon, they are going to be finding out how much more difficult it is to mount a comeback in the Stanley Cup Playoffs.

Well, unless you are playing the Toronto Maple Leafs.

Well, Sven Baertschi started his career on the Canucks with a bang:

2 posts on Baertschi's 1st shift… Kenins, Kassian, Vey and Richardson all worries about their futures…

You can see Baertschi's appeal, he has the type of game breaking upside the Canucks lack.

Sven was buzzing all through the first period and made it look like the Canucks had stolen a hidden gem buried within the caves of the Calgary Flames organization.

that's a bad penalty on Baertschi. Adam Pardy is no threat in that situation (or any situation for that matter)

Baertschi must be Swiss for "hooking". #Canucks

Baertschi is turning a nice start into the kind of game that gets you sent back to Utica.

Yeah I don’t really agree with Ol’ Spec here (I never do), but considering the start that Baertschi had, it was a little discouraging to see him take a step back.

Hopefully Willie Desjardins will show some patience with Sven.

3. Chris Tanev on the Mic

If you were busy grabbing another beer or melting more cheese onto your plate of nachos during the second intermission, you would have missed out on this gem from Canucks TV. Chris Tanev mic’d up during the game against the Dallas Stars.

If you’ve ever wondered what Chris Tanev is like during a game, it’s pretty much exactly like you’d expect.

lol Tanev sounds half asleep when he talks. No wonder he plays like he has no pulse. #Canucks

I’m not really sure who thought it would be a good idea to mic up the most chill Vancouver Canuck of all-time, but it did at least confirm our impressions of Tanev as a person. Although it was great seeing him walk around the dressing room trying to pump up the guys.

Maybe that’s the reason the Canucks always fall behind in games! If Chris Tanev is your pump up guy, you’ve got serious problems.

The Tanev 'mic'd up' is putting me to sleep. #Canucks

Personally, I would rather see Chris Tanev mic’d up on a first date.

I’m guessing he’s the kind of date that leads off by asking the girl (or guy) if they like cheese.

4. Lack Had a Rough Afternoon

Saturday afternoon was another letdown for Eddie Lack as he let in a couple of softies at times when the Canucks really needed him to come through for the team.

Unfortunately, this will probably begin a couple of days more days worth of debating whether Lack is getting mentally tired from starting 18 out of the past 20 games.

Here another problem: Monday probably isn’t the best day to rest him as the Canucks are playing the LA Kings.

File this one under “Are you freaking kidding me?!” 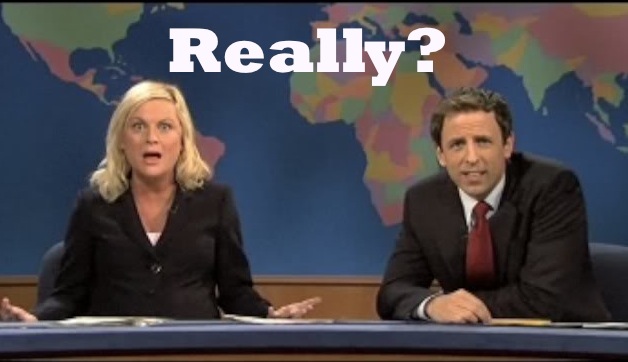 On the bright side, the stupidity of this chant from the Winnipeg faithful did provide a moment of hilarity during an otherwise intense afternoon of hockey.

'BC sucks' chants rain down.

I've passed through Manitoba. I'll just leave it at that.

"BC sucks!" Shouted the Winnipeg Jets fan. Later he laughed to himself about it as he tunnelled home.

The Canucks began their Saturday with an outside opportunity to possibly clinching a playoff berth.

Here’s what needed to happen:

How @VanCanucks can clinch a playoff berth on Saturday… pic.twitter.com/YWbRe4TG9n

The Canucks “lost in any fashion” so there goes that dream. But take solace in this fact Canucks fans:

Look at it this way.. If LA loses tonight, and Calgary wins, the Canucks just helped in the bid to eliminate the Kings..