After having to wait six days in between games, our reward was a pretty stale effort from both the Vancouver Canucks and the Edmonton Oilers.

It’s fitting that I’m writing the Post-Game #Sixpack, because a six-pack is exactly what I needed to get through this game.

You have to admire an athlete’s desire to compete and perform under pressure. However, based on how the Oilers have started the season, guaranteeing a win may not have been the greatest idea for Ben Scrivens. Edmonton Coach Dallas Eakins had this to say before the game:

“In my conversation with him, he was like, ‘I’m going to win that game,’” Dallas Eakins said today. “The kid’s a battler. He’s one of those guys, undrafted, who’s fought his way to this level. He’s earned his spot. And that’s what you want out of your players. He’s not cowering from where we’re at right now (0-3-1), nor is any one of our players. That’s the kind of intestinal fortitude that you need.”

Personally, I would recommend better coaching over intestinal fortitude but what do I know.

You have to give Ben Scrivens credit though. He made a ballsy prediction and backed up his words with a very strong effort (and 1st Star of the Game recognition). The problem is that the team in front of him is terrible and showed it once again on Friday night. So Ben, for declaring that you were “going to win this game”… 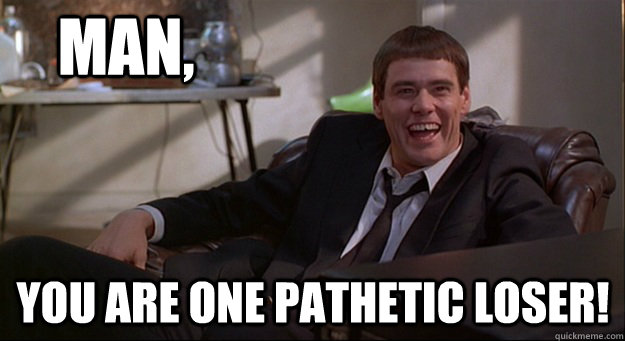 About midway through the second period, Dan Hamhuis took a scary high-stick to the nose which opened the bloodgates wide open.

The scary part of this whole incident wasn’t the amount of blood. It was the fact that less Hamhuis means more Sbisa. And then this happened:

#Canucks injury update: Stanton is out for the rest of the night; Hamhuis is being evaluated.

Fortunately, The crisis was averted when Dan “The Warrior” Hamhuis came back with a few minutes left in the second period wearing the bird cage on his helmet. As charitable as Hamhuis is by nature, I would imagine that he’d rather not donate more ice time to Luca Sbisa.

3. The free ride is over

Apparently the NHL was just being generous for two games because the favourable calls came to an abrupt end on Friday night.

Zack Kassian was the first to receive a questionable call against after finishing his check on Leon Draisaitl towards the end of the opening period. There was nothing dirty about the hit other than maybe being .002 seconds late. Here’s what Kassian thought of the penalty:

Thanks to Wyatt Arndt (@TheStanchion) for posting the GIF.

I’m not going to get too hung up about whether or not Mark Arcobello should have been penalized for clipping Hamhuis. I mean, he did draw blood and cause some significant damage on a high-stick but it was an accidental play. It was a case of a player simply losing control of his stick with unfortunate consequences. That shouldn’t be a four minute penalty. Or a five game suspension…

Not that all of the credit should go to Vrbata because the Sedins have played a huge part in his early success, but his totally sustainable 82 goal pace (or 3 goals in 3 games) has been encouraging. Going into the season, everyone could see that the Canucks were going to struggle in the goal scoring department. Although Vrbata won’t solve all of these problems, just being a consistent scoring threat on the top line will go a long way in giving Vancouver a chance to make the playoffs this season.

"You expected anything else?" pic.twitter.com/J0GtYnWI94

Even though I had to suffer through the Sportsnet West Broadcast (I miss you, Shorty and Cheech), my patience was rewarded by Mark Spector who, while discussing the Oilers assigning Steve Pinizzotto to Oklahoma City of the AHL during the second intermission, didn’t choose his words wisely:

“They sent Steve Pinnozotto down after banging everyone in sight”

Did he mean Ryan Kesler?

We’ve started a new feature in this year’s post-game SixPacks – the Tweet of the Game.

The winning tweet’s writer will receive a gift certificate for use at the Charles Bar, or any other Blueprint location. Use the hashtag #VCBCanucks while you’re watching to help get noticed!

First off, here are the honourable mentions:

Funny thing is, Value Village is where Edmonton gets their defensemen. #VCBCanucks

Based on the Nikita Nikitin signing, I would say Value Village quality at Nordstrom prices.

WHEN YOU FORGET TO LOCK YOUR DOOR, AND YOUR AWKWARD ANNOYING NEIGHBOUR SHOWS UP TO YOUR HOUSE pic.twitter.com/EvA4L9tTBp

Could not have described that commercial any better.

This building is so quiet, Eakins even sucks at coaching the fans

Dallas Eakins is the worst.

Does anyone know if Taylor Hall's Lips have a twitter account yet?? Boy has massive soup coolers on him. #VCBCanucks

Congrats to Mike! You earned this one!