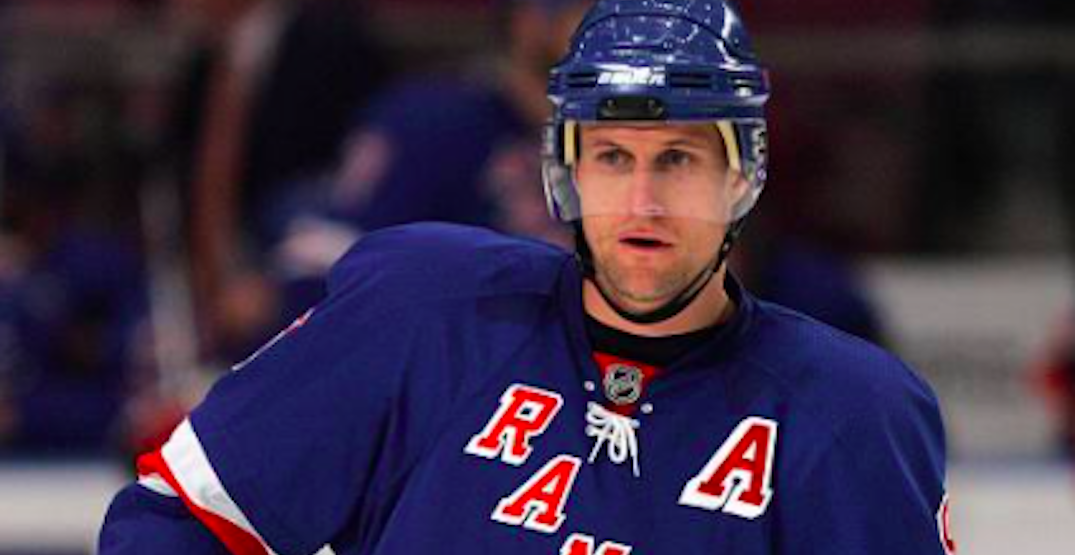 When you think of Canucks icons, you picture them in a Vancouver uniform, whether it be blue/green, red or orange and black/yellow, or whatever the hell they were trying to do when Orca Bay owned the team.

But most sane, logical fans think of them as Vancouver Canucks, or in the case of Roberto Luongo, Florida Panthers too.

Pavel Bure played just 51 games in a New York Rangers jersey, and even fewer in their Statue of Liberty alternate uniform, before knee injuries forced him to retire.

Jyrki Lumme played nine seasons with the Canucks, but also bounced around with four other teams during his 985-game NHL career. Only 15 of them were played with the Dallas Stars.

Those “Bolts” uniforms would look wrong on anybody, but especially Canucks Ring of Honour member Mattias Ohlund.

Ohlund actually played 139 games for the Tampa Bay Lightning, but he never scored a regular season goal for them. He left his scoring touch in Vancouver.

Ranking sixth on the Canucks’ all-time goals list, Tony Tanti also played for the Chicago Blackhawks, Pittsburgh Penguins, and Buffalo Sabres. Guarantee you can’t picture him in anything other than a 1980s Canucks jersey though.

A player for the Canucks for eight years and a scout with the organization for a whopping 26 years, Thomas Gradin is a franchise pillar. But before his playing career ended, he spent 64 games with the Boston Bruins.

This one might rank higher if he didn’t tweet it out so often. If you don’t remember Luongo as a Canuck, you certainly do as a Panther. But nobody remembers him for his 24 games with the New York Islanders.

The Panthers marketing department must have been ready to sell Todd Bertuzzi, Alex Auld, and Bryan Allen to South Florida back in 2006.

Unfortunately for them, Bertuzzi appeared in just seven games before getting hurt and then traded to Detroit. Auld didn’t last much longer (27 games) while Allen played five seasons for the Panthers.

The Panthers would have had an easier time marketing the guy they were traded for though.

Trevor Linden played 28 games for the Washington Capitals before Brian Burke brought him back to where he belonged, in Vancouver.

Kirk McLean played so few games (eight) with the Carolina Hurricanes that we couldn’t find a picture of him in that uniform. Instead, here’s an equally weird look at him in a Panthers jersey, one that he wore just 37 times.

Wearing No. 91, Markus Naslund scored 24 goals for the New York Rangers in 2008-09, but nobody remembers a single one of them.