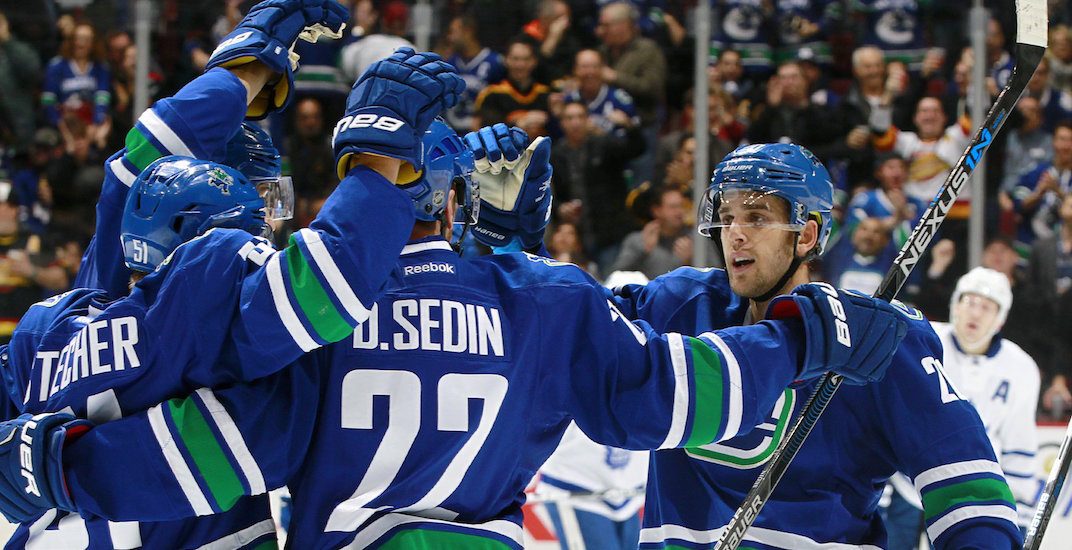 It’s not a bad gig if you can get it.

NHL players get paid a pretty penny to play hockey at its highest level, and Canucks players are no exception.

With that said, it’s always interesting to see who gets paid the most, because it’s not always correlated with who the best players are.

Case in point, the Canucks’ highest paid player this season is Loui Eriksson. GM Jim Benning’s big offseason signing in 2016 will receive $8 million this year. That’s more than Henrik or Daniel Sedin, who will each get paid $7 million, or the team’s leading scorer from last year, Bo Horvat ($6.5 million).

Eriksson’s salary shouldn’t be confused with the average annual value of his contract – $6 million – which is used for salary cap purposes and places him behind the Sedins.

Two of the biggest bargains on the team are Markus Granlund and Troy Stecher, who will each earn less than $1 million.

The lowest paid player on the team is Brendan Gaunce, who is currently injured, but will receive a measly $700,000 if he plays the entire season in the NHL.

Gaunce will actually receive less money from the Canucks than Roberto Luongo, who no longer plays on the team.

Luongo will have $800,000 of his $6.714 million salary paid by the Canucks this season, as the team retained money as part of the trade that sent him to Florida. The former Canucks goaltender will receive $800,000 annually from Vancouver until the end of the 2021-22 season, assuming he hasn’t retired by then.

Also getting paid to not play for the Canucks are Jannik Hansen, who will receive $500,000 from Vancouver while he plays for the San Jose Sharks, and the now retired Chris Higgins, who will receive $833,333 this year as part of his buyout.

Here’s how much every player on the Canucks’ opening night roster – plus the injured Gaunce – will make this season: