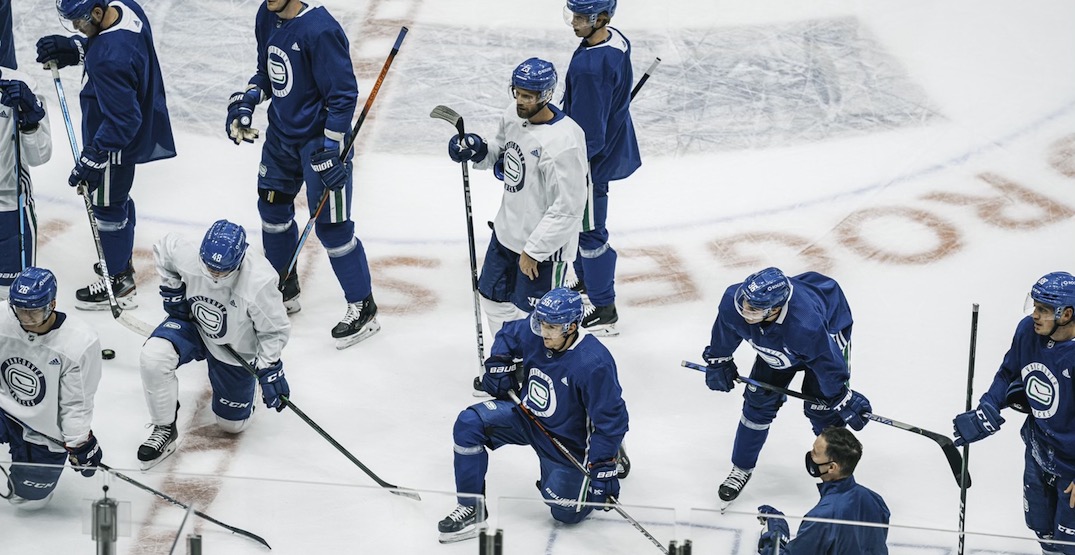 After just five games, the injury bug appears to have bitten the Vancouver Canucks blue line in a big way.

Travis Hamonic is on IR and will miss tonight’s game, while defenceman Brogan Rafferty has been called up from the taxi squad.

Transaction update: Brogan Rafferty has been recalled from the taxi squad. Travis Hamonic has been placed on IR.

Alex Edler left yesterday’s game in the second period and didn’t return, and while Travis Green didn’t want to share any updates about his status, it would seem unlikely that he’d be able to play on the second half of back-to-back games.

If both Hamonic and Edler are out for tonight’s rematch against the Montreal Canadiens, it could force three rookie blueliners into the lineup. Jalen Chatfield played his first NHL game yesterday, and should stay in the lineup.

Olli Juolevi, who played the first four regular season games of his career in the last eight days, should get back into the lineup. From there, the Canucks could play Jordie Benn, but he just came off the COVID list and likely isn’t in optimal game shape.

Rafferty has just two games of NHL experience, but he’s another option.

We’ll find out tonight for sure, with puck drop just after 6:30 pm.