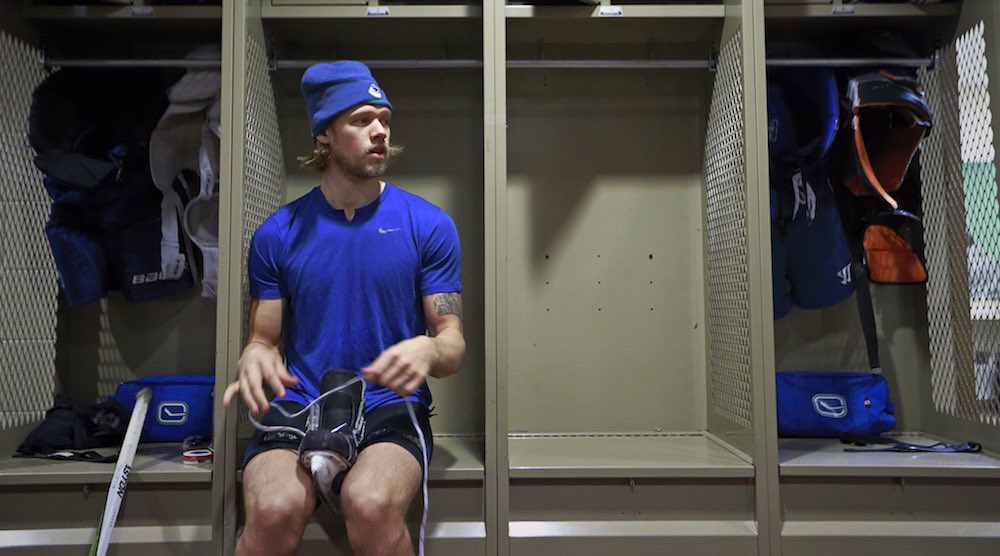 Philip Larsen has been discharged from a New Jersey hospital, as reported by the Canucks official Twitter account.

Larsen was discharged from hospital & medically cleared to return to Vancouver. pic.twitter.com/Zx2nb8jdqg

That constitutes good news after a terrifying incident on Tuesday night, when the Danish defenceman lied unconscious on the ice after a collision with the Devils’ Taylor Hall. He left the ice on a stretcher.

As you can imagine, his mom in Denmark was worried sick.

@Canucks thanks for fast Update on @PLarsen36 .. will be grateful for any update.. Denmark is suddenly far far away when you watch the game

Hall’s hit will not result in the suspension, which is probably the right call despite the devastating result. Larsen was caught off-guard by the hit and was defenceless as he turned, but Hall appeared to let up. Hall didn’t leave his feet, nor did he make his head the principle point of contact.

Coach Desjardins talked to Larsen today and he's in good spirits. All his movements are fine and he was positive about the situation.

While the Canucks prepare for tomorrow’s game in Tampa Bay, the 27-year-old (it’s Larsen’s birthday today) will travel to Vancouver to get better.

With Larsen out of the lineup, Alex Biega will draw back in. Biega has appeared in just one NHL game this season, as a forward on October 23.